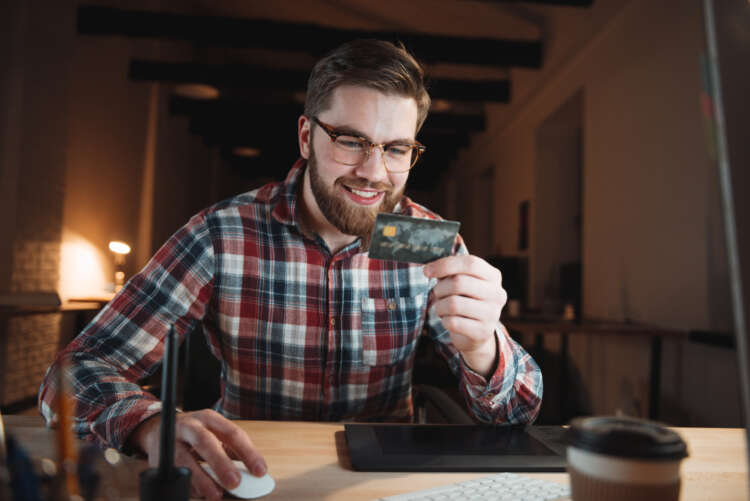 Many banking and financial services companies – who are already faced with technical debt and increased competition from industry outsiders – need to improve customer experience and engagement to keep up. Over 50% of households are keen to move to digital banks from traditional ‘bricks and mortar’ – a sign that this competition is only set to grow.

The agility needed to innovate and deliver new apps and experiences to market is further hampered by stringent security and compliance requirements. For the most part, financial institutions know what they need to do to succeed but need help implementing the necessary technology – on a tight budget.

The world has become more mobile and automated, leaving traditional banks and insurance companies with far less footfall and in-person opportunities to engage, which has been exacerbated by the coronavirus pandemic. However, the downturn began long before 2020 with CACI, in 2017, predicting that bank branch traffic would decline 36% by 2022.

Financial services companies are under pressure to keep up with changes, such as the use of mobile apps, touchless interactions, chatbots, and mobile payment capabilities, which require organisations to innovate quickly without causing security and compliance issues.

The addition of competition from newer fintechs only increases the challenges that financial organisations face. To meet these challenges, they need agile systems and processes to speed time to market without increasing risk. They also need to ensure high performance of their services, especially for customer-facing applications.

Rapid technological innovation works best when data is easily accessible, not locked into proprietary solutions. That’s why many financial services firms are looking to open source database software, which is inherently agile and costs less.

Open source allows people to work together and create something anyone can access for free. Initially, companies were wary of using an open source database because they thought it was too risky, but today it’s fast, secure, and cost effective, making it an attractive choice for use in an enterprise. In fact, open source databases are now more popular than commercial databases.

Unlike proprietary databases, open source databases enable developers to ‘fail fast’, a concept in DevOps and Agile, whereby developers work with small increments of code that allow them to detect problems early and fix them while still in development. This enables developers to rapidly try new capabilities, which speeds innovation and improves the efficiency of their projects. Developers can also take advantage of specific database capabilities to release their product onto the market more quickly.

PostgreSQL is one of the most commonly used database management systems by developers worldwide. It is embraced by enterprises because it’s reliable, fast, and flexible. It can also be deployed anywhere–on premises, in the cloud, or a mix of both. PostgreSQL offers advanced technology that supports important industries worldwide in areas such as telecommunications, retail, airlines, aeronautics, defense–and banking.

Mastercard has long used PostgreSQL to support disaster recovery on its primary payment gateway, TNS, which the company acquired in 2014. At the time, their technology for replicating their databases worked well, but they needed to accelerate the process of switching to their backup site. They also needed to dramatically increase database uptime when performing maintenance. With the later addition of more advanced technologies offered by PostgreSQL for replicating their databases, disaster recovery became reliably quicker.

In addition, Mastercard began using an advanced data migration tool that proved invaluable when they had to move data between continents, while staying compliant with shifting regulations about where personally identifiable data can be stored.

As part of a multi-year modernisation effort, major payment systems company ACI Worldwide, reevaluated its database investments. The company processes more than $14 trillion in payments and securities transactions every day. With the move to cloud architecture/cloud deployment, they needed a reliable replication technology that would also eliminate architectural compromises and complex licensing costs dictated by proprietary databases.

ACI selected EDB’s Postgres-BDR, a product that allows very high availability across multiple geographic regions, yet has acceptably fast performance and can be upgraded easily. Built on PostgreSQL, it simplifies their IT architecture, reduces burdensome licensing contracts, and lowers costs. Today, ACI’s core platform, which supports much of its product line, has already been migrated to the new EDB architecture, as have a number of its individual applications, all with satisfactory results.

While in the past many financial services firms would have shied away from open source over security and compliance concerns, early adopters are now accelerating their tech with technology like PostgreSQL. With financial services giants Mastercard and ACI Worldwide leading the charge, expect to see this technology become the norm in the not too distant future.

5G – enabling a new era of opportunities for financial services