How KYC and Blockchain Technology can Operate Together 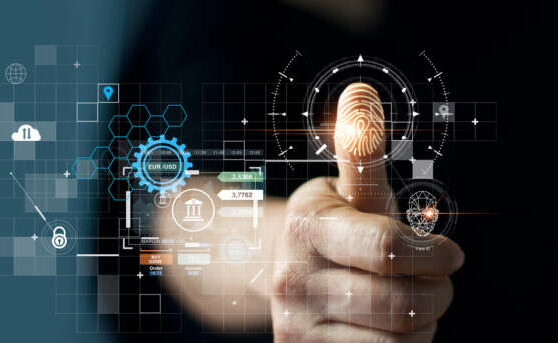 Blockchain technology has not yet achieved true mainstream status, although its uses have been expanding over the last few years. Cryptocurrency, for example, has been a tempting and lucrative investment for many consumers who are attracted to its decentralized structure.

Crypto is not controlled by a single entity such as a bank or government, and users are able to maintain their privacy. However, the expansion of the industry naturally has led to some growing pains.

The blockchain industry at large now faces several challenges, including how to balance user anonymity with financial compliance laws. This issue is especially tricky because one of blockchain’s biggest draws has been the protection of user data. No government or institutional entity had access to the identity of blockchain owners.

Not surprisingly, governments are questioning how that anonymity impacts financial systems. The U.S. and the European Union want more control over the blockchain industry.

The cry for more regulation and transparency, including an emphasis on Know Your Customer (KYC) standards, has chafed some in the industry, causing some clients to stop using the blockchain central trading desks and opt instead for decentralized trading centers. Central trading desks have lost a significant number of customers as a result of privacy concerns.

Despite these worries, blockchain and KYC may be a worthwhile combination. Some experts in the industry believe that successfully incorporating KYC into blockchain platforms is not really a negative change. In fact, making blockchain more compliant may well make it more mainstream — while attracting more users and avoiding costly federal penalties.

KYC verification is a central tenet of financial services compliance. And the concept has already been accepted by cryptocurrency trading organizations. KYC and blockchain meshing may very well create a viable path to increase the popularity of cryptocurrency while protecting against illegal financial activity.

What is the purpose of KYC?

Know your customer (KYC) is a requirement set by FinCEN (the Financial Crimes Enforcement Network) in the U.S. and by other regulatory agencies around the world. KYC requires financial institutions to monitor their clients for signs of illegal activities. It is part of established anti-money laundering measures.

Banks, investment firms, casinos, fintech companies and others that deal with many financial transactions must do their due diligence and perform an identity verification process to collect detailed KYC data from new customers and establish standards for third-party transactions.

Anonymous financial transactions make it easy for bad actors to carry out their criminal activities. And while it’s understandable that clients prefer to keep their information private, sharing personal information with financial companies is something that protects their interests, too.

Currently, many cryptocurrency transactions are an exception to the KYC rule, but that situation may be harming the health of the industry instead of promoting its growth. Realistically, government regulations on crypto will increase to some degree in the coming years.

KYC in the Crypto Space

The current state of crypto and KYC/AML is in flux. You can buy crypto without following KYC, but you may be better off using an exchange that is required to use KYC in order to protect your interests.

The most popular ways to purchase crypto without KYC regulations are by using decentralized exchanges and crypto ATM machines. You can also take advantage of peer-to-peer exchanges.

However, the rules for crypto are changing, particularly in the U.S. As previously noted, FinCEN is now requiring cryptocurrency exchanges to use KYC standards and also practice anti-money laundering measures to achieve regulatory compliance.

Standards are not as high in the EU, where an exchange that only offers crypto-to-crypto exchanges isn’t covered by specific legislation. In other instances, the EU does require compliance measures. Requirements are still a global mixed bag.

Is KYC Good for Cryptocurrency?

This question is a complicated one with serious ramifications for crypto. Crypto buyers and traders have traditionally prized their privacy and have no desire to share their personal data with crypto providers or the government.

They may feel that KYC checks are intrusive and unnecessary during the onboarding process. And requiring identity validation has some impact on the customer experience, even if it’s only basic data collection and a few seconds of waiting for real-time verification.

On the other hand, consumers who deal with traditional financial and investment institutions are already used to KYC and AML procedures and rarely consider them to be an issue. For most people, the slight inconvenience of FinCEN regulations shouldn’t discourage them from crypto transactions, especially since segments of the industry already practice these government requirements.

The biggest advantage of KYC checks for cryptocurrency is that they protect against illegal activity such as money laundering and terrorism financing. The anonymous nature of crypto transactions leaves the industry open to accusations of criminality, which may be keeping some investors away.

The majority of clients want to be associated with well-regulated financial transactions. So implementing KYC checks may encourage mainstream consumers to embrace crypto to a greater degree. In addition, bad actors will be discouraged from using blockchain for illegal purposes.

Where Blockchain Technology and KYC Intersect

Increased regulation is probable, so those in the industry need to prepare for these changes and understand how they can boost blockchain technology. For instance, KYC can help blockchain by bolstering its integration into existing financial and commercial systems. Those businesses that have been hesitant to embrace crypto may be more willing to trust it due to federal regulation.

Conversely, blockchain can also help KYC by forcing that requirement to become more efficient at verifying information and flagging sophisticated financial irregularities. KYC will have to develop more technologically advanced methods to match the intricacies of blockchain transactions.

Merging these interests also requires the help of KYC and AML compliance solutions from companies like Jumio who have an established and successful history working with blockchain companies and can provide KYC automation during onboarding as well as for authentication for existing customers.

Final Thoughts on KYC and Blockchain

The benefits of blockchain are not really in conflict with current KYC processes. Anonymity may not survive the recent push for more regulation, but the permissioned sharing of some customer information may well benefit the financial ecosystem and make it more appealing to industries that have avoided blockchain so far.

Of course, customer data protection must be maintained so companies remain compliant with regulations such as GDPR. It’s a tough balancing act but one that can be accomplished with the right tools.

Wealth Management Is a Tech Late Bloomer, But AI Will Change That