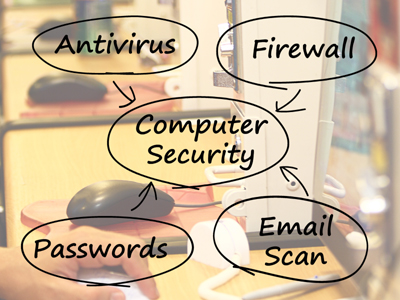 This article will look at the ways in which organised crime networks transfer money across borders, the trends that will trigger a money laundering report and the role that a simple STR can play in fighting this.

Crime can make criminals a lot of money, money that often supports the purchase of weapons resulting in violence, bribery and corruption. Organised crime is global in nature and reliant on the transfer of funds from one person to another – not just across cities and towns, but also countries and continents. However a single Suspicious Transaction Report (STR) can help stop this flow of illegal money, and in doing so help prevent the devastating repercussions financial crime can cause.

In most countries around the world, reporting entities are required to meet compliance and fulfil their obligations by reporting transactions that are suspected of being linked to money laundering, terrorist financing, criminal proceeds, drug trafficking or other serious criminal offending.

These reports are often the main source of information authorities use to detect suspected offences and identify that criminal activity is occurring through a transaction or series of transactions. Reports are analysed for activities and patterns that many indicate offending and used by law enforcement to further investigate cases. Producing a STR can be an onerous task, but it is often the first indication that financial crime is occurring and can be a powerful tool in the fight against organised crime.

To finance their global operations, criminals require the movement of funds across borders, seeking methods that attract minimal scrutiny. Historically, criminals have utilised specific methods to add complexity or legitimacy to transactions including using alternative remittance services and cash couriers.

Money remitters are commonly targeted by money launderers due to there often being no, or little, physical movement of currency across border and a lack of formality with regard to verification and record-keeping. Normally, money transfer takes place by coded information being passed through couriers, letters or faxes, followed by telephone confirmation. Almost any document that carries an identifiable number can be used for this purpose. Because there is no recognisable audit trail, the launderer’s chance of remaining undetected, or avoiding confiscation, is significantly increased.

In this case an alert might be where a customer sends frequent wire transfers to foreign countries but does not seem to have connection to those countries or uses numerous agent locations for no apparent reason to conduct transactions. Similarly the customer instructs that funds are to be picked up by a third party on behalf of the payee.

There is also evidence that terrorists use traditional methods of money transmission such as Hawala to move funds between jurisdictions. Such transactions often involve transfers from the UK through a third country, further obscuring the ultimate destination of the funds.

Commonly these methods are used by persons from countries where these techniques are entrenched in the culture. Sometimes these associates or relatives of criminals are unwittingly brought into the circle of crime to help launder funds using methods acceptable in their own countries.

Many of these persons are on global watch lists that set off warnings when money is transferred to politically exposed persons and relatives, friends or close associates of those on sanctioned lists or persons of special interest, which include people with fraud or drug trafficking convictions.

Frontline can be the first point of defence

Opportunities exist to identify money laundering at all stages involved in a money transaction. The frontline staff of reporting entities such as banks and credit unions are increasingly playing a bigger part in identifying and reporting suspicious transactions.

Nervous or uncooperative behaviour exhibited by customers such as avoidance of eye contact or reluctance to provide documents could trigger the suspicion of frontline staff.

We also know that the introduction into the financial system of illegal proceeds of selling multiple, small drug units can be conducted with a bank teller. Money presented in unusual condition – for example damp, odorous or covered with a substance – or multiple deposits of small bills indicating the unit price of illicit drugs should all raise the interest of frontline staff.

For financial services staff, the work going into creating a STR can seem monotonous. But dirty money supports the purchase of weapons resulting in violence or the payment of bribes and other corrupt activities that a single STR can help stop.

As a rule a suspicious transaction will often be inconsistent with the normal behaviour of that customer. By screening transactions for indicators, typologies and unusual activity, a suspicion of criminal offending may arise. A transaction may have many factors that do not raise suspicion when considered individually but together suggest criminal activity.

A large transaction may be considered suspicious if it does not fit with the client’s financial profile. Comparing the transaction to previous account records might show this is unusual activity and whether any patterns indicating criminal activity exist.

Financial crime analytics allows organisations to build on traditional anti-money laundering /counter-terrorism financing detection, alerts and reporting by adding fraud rules, analytics and visualisation capabilities and the ability to detect cross-channel or internal fraud and anomalous fraudulent behaviours. This reduces the risk to the organisation by rapidly delivering enhanced due diligence.

Criminals will continue to seek out new opportunities and we are already seeing a number of emerging risks such as e-money including pre-paid cards and electronic pre-paid accounts for online use; and alternative banking platforms such as payment platform or virtual bank and digital currencies. All present challenges for financial services professionals tasked to stay one step ahead of these resourceful crooks.

As criminals continue to look for new ways to obscure their illicit activities and proceeds, financial services organisations must remain vigilant. What constitutes a suspicious transaction or behaviour is unique to each financial institution or money service business, depends on their risk assessment and customer profile, and is not static. By continuing to analyse customer behaviour to detect suspicious transactions that trigger a STR, frontline staff of reporting entities will help disrupt the flow of dirty money that supports the trafficking of drugs and purchase of guns that result in violence and other serious crime.

TSB’S NEW WEBSITE PROMISES TO MAKE IT EASIER FOR CUSTOMERS

THE ‘BRING YOUR OWN DEVICE’ ERA: PROTECTING YOUR BANK FROM CYBERSECURITY RISK