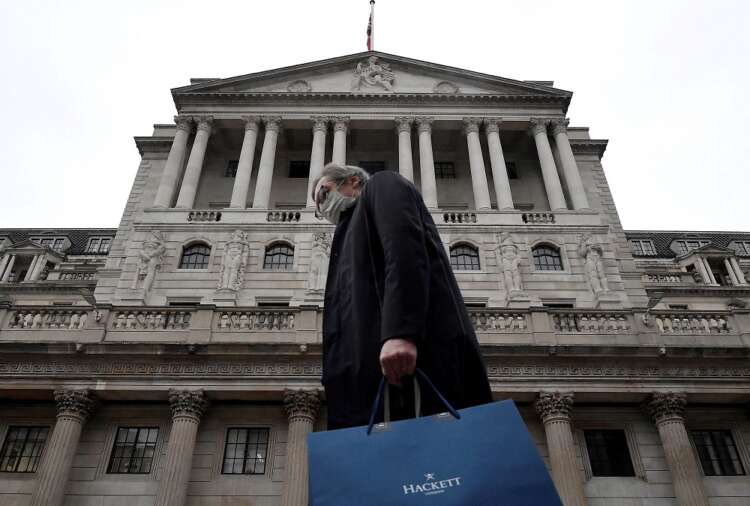 The Bank of England looks poised to raise interest rates later in the day for the fourth time since December, the fastest increase in borrowing costs in a quarter of a century, as the central bank tries to quell inflationary pressures.

The blue-chip FTSE 100 index and the domestically focussed mid-cap index gained 1.3% each in morning trade.

“I don’t think we’re going to have any real surprise move on rates from the Bank of England. What investors will be keen to find out is where they see next in trimming the balance sheet,” said Susannah Streeter, senior investment and markets analyst at Hargreaves Lansdown.

“The Bank of England has already said it won’t reinvest profits from what they already have on the balance sheet, but the question is when would they start selling off the huge amount of bonds that they’ve accrued. There is some expectation that a consultation will be launched.”

A weaker sterling further supported the export-heavy FTSE 100 index and internationally focused companies such as Diageo and Reckitt Benckiser.

Shell jumped 3.2% after the oil major posted a record quarterly profit, underpinned by higher oil and gas prices and a strong performance of its trading division.

Bucking the positive mood, shares of Reach slumped 17.3% after the news publisher flagged tepid advertiser demand, with the Ukraine conflict reducing the amount of content that brands want to be linked with. 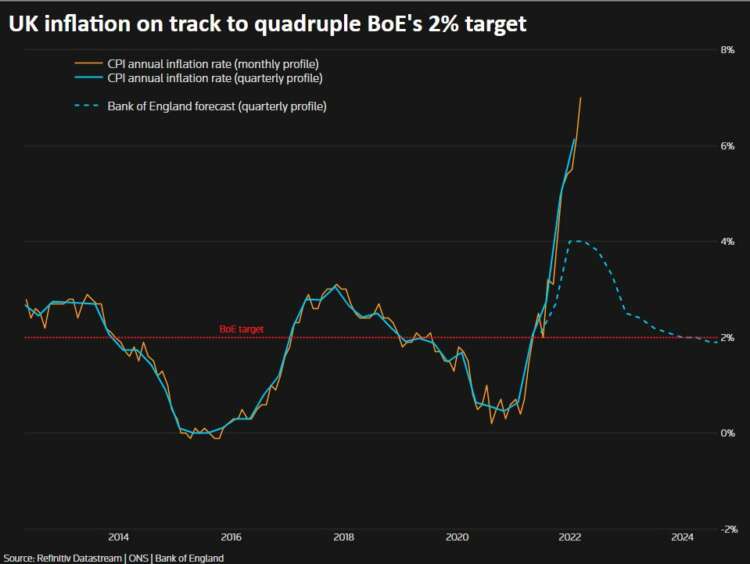 (Reporting by Bansari Mayur Kamdar in Bengaluru and chart by Saikat Chatterjee; Editing by Sherry Jacob-Phillips)