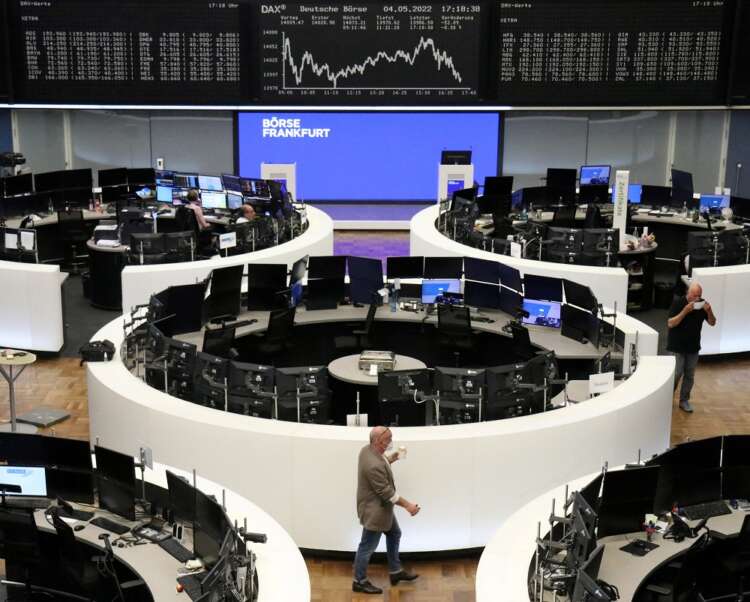 The Fed raised interest rates by 50 basis points on Wednesday – the biggest hike in a single day since 2000 – in a bid to control surging prices. However, chief Jerome Powell explicitly ruled out a 75 basis point hike in a coming meeting, sparking a rally on Wall Street.

Worries about quicker interest rate increases, China’s COVID lockdowns, the Ukraine conflict and surging inflation have all weighed on stock markets this year, dragging the STOXX 600 down 8.5% so far this year.

“The rise in energy prices and inflation happened quite quickly and that’s taken people by surprise, so there is an element of sticker shock,” said Niall Gallagher, investment director for European equities at GAM Investments.

“Once you get beyond this sticker shock, I think things will improve. The underlying demand conditions are very strong.”

Airbus jumped 7.3% after the world’s biggest planemaker reported a higher-than-expected quarterly profit and firmed up record plans for a 50% hike in key narrowbody jet output.

Oil giant Shell jumped 3.2% after reporting a record first-quarter profit of $9.13 billion, boosted by higher oil and gas prices and a strong performance of its trading division.

BMW gained 0.7% as a reevaluation of the German carmaker’s stake in its Chinese joint venture and strong pricing helped its quarterly profit.

About half of the STOXX 600 companies have reported so far, and 71% of those have topped analysts’ profit estimates, as per Refintiv IBES data. Typically, 52% beat estimates in a quarter.

Overall, first-quarter earnings for European companies are expected to grow 35.4%, up from 20.8% at the start of the earnings season.

Gallagher also saw further rotation into cheaper sectors in Europe such as banks and energy, which have remained depressed over the past years.

The European Central Bank is expected to raise interest rates later this year. Euro zone inflation hit a record high 7.5% in April, nearly four times the ECB’s target, but the central bank has been slow to move amid concerns about a slowing economy.