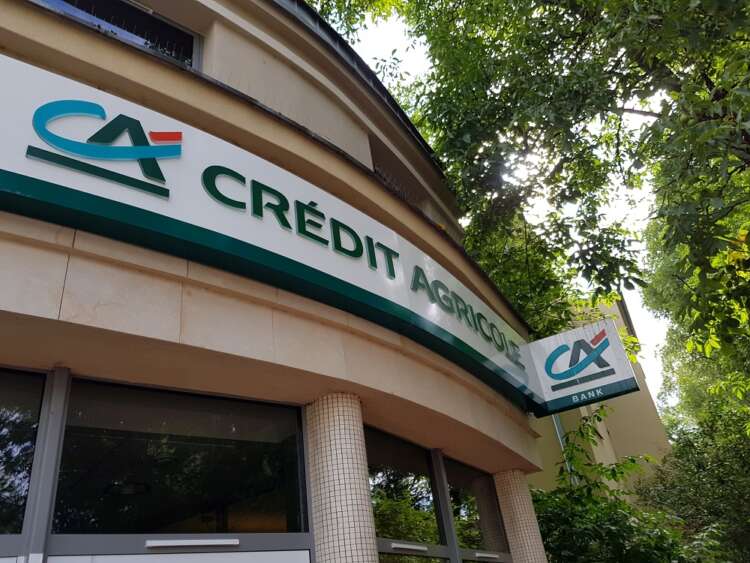 LONDON (Reuters) -Credit Agricole SA on Thursday posted a sharp fall in first-quarter profit as it took more than half a billion euros in provisions against its exposure to Russia and Ukraine.

A disappointing reading for its capital ratios, higher than anticipated costs and better-than-expected performances from rivals, BNP Paribas and Societe Generale weighed on its shares in early Paris trade.

France’s second-largest listed bank, also referred to as Casa, said net income fell 47.2% to 552 million euros ($586 million) after it took the decision to make a “conservative” assumption of potential losses due to the war between both countries.

The banking group wrote down 195 million euros for the total equity value of its Ukrainian arm and took a 389 million euro provision for its Russian exposure.

“The group, on a financial level, took the choice of prudence when it comes to provisioning, even as the level of actual risks remains low”, CEO Philippe Brassac told journalists.

“Without this, Credit Agricole’s results (profits) would have topped a billion euros, up 10%”, he added, noting increases in revenues across business lines and a lower like-for-like cost of risk excluding Russia.

Analysts however noted higher than anticipated costs and said a quarter-on-quarter 0.9% drop in its core equity tier one ratio to 11% would most likely weigh on its stock.

“We expect this to burden the shares as it means the excess capital is gone and there could be additional headwinds this year,” Jefferies analysts commented in note, calling the lenders’ results “not good enough”.

At 0749 GMT, Credit Agricole shares were down 3.3% while the index of the European banking sector was up about 1% and Societe Generale enjoyed a 0.7% rise.

Societe Generale, which also announced its results on Thursday, booked higher provisions due to the war in Ukraine but managed to beat expectations as its domestic retail arm prospered and trading improved.

Casa, which suspended all services in Russia, said its exposure to the country had dropped by 1.1 billion euros since the start of the war and amounted, at the end of March, to 4.4 billion euros.

Chief Financial Officer Jérôme Grivet said that given the financial soundness of the group’s Russian counterparties, there were no particular worries about further losses on the remaining exposure.

Credit Agricole, which has a policy of paying half of profits to shareholders, said it would stick to its proposal of a 2021 dividend of 1.05 euro per share, which includes a 20 cents catch-up for the 2019 dividend which could not be paid at the time due to regulatory constraints.

Regarding its activities in Italy, the bank’s executives declined to elaborate on their growth strategy but said they were hoping to expand their partnership with Banco BPM in which they built a 9.2% stake, fuelling takeover speculation.

The French lender also declined to discuss medium- to long-term targets, which it will announce when it presents its new strategic plan for 2025 on June 22.

(Reporting by Julien Ponthus; editing by Uttaresh.V and Jason Neely)