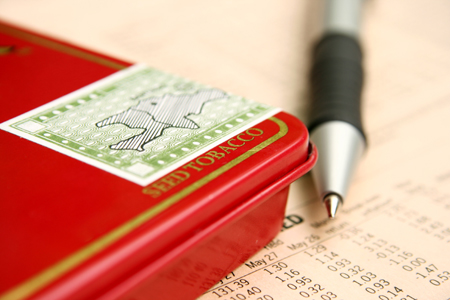 These days the customer experience is perhaps the single most important element of success in business. So when the same technology that is supposed to propel the business forward creates a rift between a company and its customers, you’ve got a serious problem. Nowhere are the stakes for customer service higher than in financial services, and the price of failure in this area can be severe, as the Financial Times’ Martin Arnold and Tom Braithwaite recently pointed out in an article highlighting the effects of a recent service outage.

Customer service may be one of the last remaining differentiators

For financial services companies, particularly banks, customer service is quickly becoming the primary differentiator between one company and another. As has been recently pointed out, niche players are nipping at the heels of banks by providing unbundled services that sometimes surpass what banks can provide in terms of simplicity and quality. It is also noted, however, that customers still see value in the integrated, relationship-based solutions that banks can provide. In other words, if financial services firms can deliver on the customer relationship front, they can avoid being put out to pasture by niche service providers.

With public trust in banks at a low point, companies need every advantage that they can get from technology. What too many of them have, however, is an IT back-end that is too big and complex to manage, where the cost of merely maintaining it can eat three quarters of the total IT budget, according to Celent Research. As Arnold and Braithwaite point out, many of these systems have been evolved in a haphazard manner over decades through myriad acquisitions and other changes, into something of a monster.

According to an anonymous source at a major U.S. bank quoted, the aging back-end at many banks is creating a sort of “technical debt” that accumulates over time. If that isn’t disturbing enough, the source indicates that this technical debt could potentially be collected at any moment, with one event causing “the whole thing to fall down.” Not the least of the factors of concern are those related to security. How do you secure a system that’s so big and complex that no single person or department really fully understands it? Most likely it’ll have some serious vulnerabilities. This is ironic, as security concerns are often cited as the reason for not going to the cloud. Yet, as Ron Miller recently pointed out, the most infamous of recent security breaches occurred within on-premise infrastructures.

Throwing money at a problem that only gets worse with time

Financial services firms are spending massively on IT, to the tune of nearly $80 billion according to IDC, and that’s a good sign that things are changing, right? Not necessarily. Just like an aging car, at some point it starts to cost more to maintain the old vehicle than to get a new one. Not only are you pouring money and time into a machine that will ultimately meet its demise, but you’re missing out on all of the innovation and ease of use that comes with a newer model. In the case of financial services, legacy IT is the clinker—the old car that has to be taken to the shop with more and more frequency, gets lousy gas mileage and is eventually going to leave you stranded at the roadside. Increasing IT spending in many cases simply means that more money is being lavished onto an aging system. If, as Celent proposes, the majority of the budget is spent maintaining the back end, very little is left to find new ways to connect company and customer. And what money is spent on innovation may be of dubious value, as any improvements ultimately still rely on rickety old infrastructure.

Over the years, there have been many instances in which banks have adopted, secured and achieved compliance for new technologies when other industries’ IT departments were putting their heads in the sand praying these digital disruptors would go away. However, as often as banks have stayed ahead of the technology curve, they have also refused to capitalize on an opportunity that has been on the table for several years to add significant shareholder value by shedding IT infrastructure. Now, a transition to an IT-as-a-service (ITaaS) infrastructure is about more than just cutting IT costs, it’s a mandate if they want technology to be the source of innovation that can help the business evolve with a never-ending tornado of change. If banks are slow to react, technology may also be the great equalizer; it would be an attitude of tremendous hubris to think that these nimble niche players couldn’t one day take significant market share from established players. It may sound like corporate marketing–borne melodrama, but this time it really could be a matter of survival for banks to stay ahead of the curve in shedding their IT equivalents of a 1970s gas guzzler.

To borrow one more phrase from the auto dealer industry, it’s time for financial services companies to “trade up” to a new IT infrastructure that will maximize the ability to apply flexibility, collaboration and real-time analytics. By approaching IT as a Service that must deliver value, rather than a collection of hardware and software, companies can begin to configure their IT budgets to innovate new ways of creating more personalized customer relationships. Furthermore, they can do this while avoiding the security and reliability concerns that come with an aging, patchwork IT infrastructure.