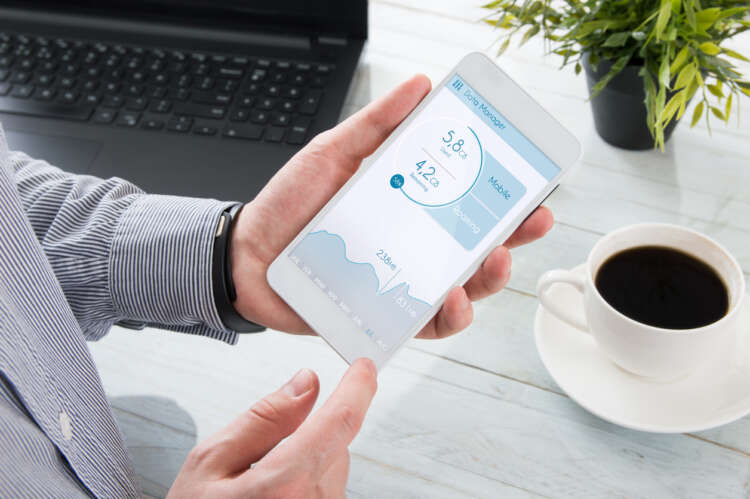 It seems like every annual recap or outlook for the past ten years has mentioned “the year of data.” In many cases, it has been. Data is the new “green energy” that drives customer relationships in financial services, and we’ve travelled from “big data” to “actionable data” to “open data” in short order. I expect 2022 will be dominated by many issues, including cross-border payments acceleration and digital modernisation. And yes, it will be the year of data as well. But this next year, data for financial institutions (FIs) will enter new areas with new purposes, all of which will help banks forge stronger connections with a consumer or business whose loyalty has been under siege by neobanks, fintechs and interbank competition since the start of the pandemic in March 2020.

Data plays are now a key ingredient for any working strategy amongst FIs in the UK. I’m going to focus on three areas here: fraud, financial messaging and open finance. All of them will profit from new uses of data in the service of the customer experience. And there’s no customer experience wrecker like the triumvirate of payments fraud, account takeover and insider fraud.

How big is the fraud problem? There’s no shortage of analysts that will tell you that it is a clear and present danger to a bank’s balance sheet and reputation. As I’m writing this, the London Police Department has announced an expansion of its Dedicated Card and Payment Crime Unit (DCPCU) by funding a new specialist team to track down criminals through cyber investigations, which can lead to disrupting other illegal activity often associated with fraud such as drugs and people trafficking. That would speak to the proliferation of fraud and the criminals who perpetrate it. But strictly in terms of payments fraud, UK Finance reports that in the first half of 2021, fraudsters pinched £753.9 million through fraud, an increase of 30 percent compared to H1 2020, naming it a new and real threat to national security. Perhaps the only good news: anti-fraud defences used by banks prevented a further £736 million from being taken.

A good bit of the credit for the defensive play goes to the smart use of data. With the ramp-up in technology and data science over the past few years, there’s no shortage of customer data circulating within and outside of an FI. It’s the FIs that can combine this data that use it most powerfully to fight fraud. Data allows FIs to shift from what has typically been a reactive approach to a proactive approach to fraud.  Instead of finding out that authorised push payments (APP) fraud has hit your bank hard after it happens, data can spot the anomalies in the patterns and looks to prevent the leakage from occurring.  Better to know about fraud when you can stop it instead of apologising for it. And it starts with the quality of data your FI can access real-time, store on file and optimise. If the original quality of data is lacking, predictive analytics won’t help. You don’t want to misinterpret a spending pattern that could indicate fraud, and risk alienating a customer in the process.

Fortunately, the good data available to banks is about to get a huge boost from the massive standardisation program around ISO20022. And with standardisation comes the limitless possibilities of introducing machine learning and AI technologies across the data. Banks should be aware of the February deadline for testing windows for the messaging format, and the November deadline for incorporating it. Some of the data that ISO makes available is well-known: Account opening, standing orders, transaction and account information and communications between the account servicing institutions to account owners, including reporting from the financial institution. The ISO group, however, has a catalogue of 721 different messages, and they’re well worth a look to explore how the embedding of extra data can de-risk any current process.

Now, here’s the operative question: Can data help fight fraud? Answer: A resounding yes. Whether ISO 20022 or other local formats, the payer can know exactly what stage a payment transaction may be in. After it’s paid the payee receives a complete dataset on said payment. And the payer also gets real-time information on the payee to identify potential fraud before it happens. The UK’s banks publish data on account push payment (APP) scams twice a year, as well as reimbursement levels for victims. APP fraud, according to UK Finance, has spiked 71 percent during the first half of 2021.

APP fraud, however, has a strong nemesis. Confirmation of Payee (CoP) has been developed and implemented in 2021 to fight APP fraud losses. Automated CoP validation makes sure that the payee’s name matches the recipient’s bank account before releasing the payment. And CoP is working. As ClearBank CEO Charles McManus told PYMNTS.com in early December, CoP has made a “massive difference” in reducing APP fraud, particularly in the small and medium-sized business (SMB) space.  Richard Bastin, CTO at Cash Plus Bank stated recently in a Confirmation of Payee webinar: “It’s now the #1 rated feature for our business customers that they want to join this.”

All of this activity comes against the backdrop of Open Banking, which is centred around validating and increasing the consumer usage rights and ownership of data. It would be tempting to say that 2022 will be the year of Open Banking, but that would be a bit behind the curve – its already embedded and used all around us. American Express research found that 20% of UK consumers reported that the pandemic has changed attitudes toward banking and that 41% have already used an Open Banking payment or would do so in the next 12 months. The published statistics from OBIE show that Open Banking payments are doubling in volume every 5 months. Open Banking is a mission-critical issue for banks, but as soon as we’re used to it, the appetite for more grows and the goalposts move. Open Banking is very 2021. Open Finance is very 2022.

Open Finance is an evolution of Open Banking. In Open Banking, banks share data and make payments through customer permissions with other approved third parties. So, for example, a fintech that specialises in budgeting applications could access data from a customer’s primary account. In Open Finance, the access to data opens up to all financial products, beyond basic current accounts e.g. loans, mortgages, savings and credit cards. In the UK, the Financial Conduct Authority has consulted stakeholders on whether Open Banking should take this next step and expand into the 360 degrees of money via Open Finance. Although widely considered as inevitable in the digital world, the jury is still out on how and when. In March the FCA reported on its request for input on the issue saying “Open Finance could be a significant undertaking for firms. This is particularly important given the change in operating environment as a result of Covid-19 and its ongoing impact. There is a degree of consensus around the key building blocks needed for Open Finance to develop in the interests of consumers across the various regulatory regimes. These include a legislative and regulatory framework, common standards and an implementation entity.”

Data will continue to be the oil that drives innovation, competition and customer strategy for UK banks as the API economy continues to grow at unprecedented speeds. The difference is that banks no longer own the data, but need to ensure they provide access to their own and create strategies to access others in the name of the customer journey.

So, in conclusion, data is as an essential source of defensive power across all three areas: fraud, financial messaging and open finance, but also becomes an offensive tool to win new customers and service them with relevant, real-time information.