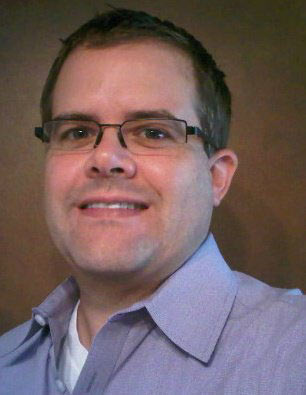 In these IT cost-conscious times, most budgets – yes, even in the IT security department – are always under review, and usually in a downward direction. At the same time – and just to make life interesting – the volume of regulatory and compliance requirements are heading in the opposite direction.

This makes the task of a hard-pressed IT security admin or manager all the more difficult, especially given the disparate operating systems and networking environments we all have to deal with on a regular basis.

And whilst dealing with heterogeneous networking and IT environments – in fact – is now an integral part of the modern IT security function, one unfortunate fact of life is that meeting the needs of a rising tide of security compliance needs can prove to be an expensive option.

And it’s all about the audit process – right?

Perhaps not. Most audit processes in the world of IT security rarely go far beyond their green pen `tick and check’ limitations, mainly because of the labour-intensive aspect of customised security audits.

In an ideal world, of course, IT audit testing procedures would be both automated (to save money on the labour involved) and highly flexible, covering most aspects of testing – including targeted, external, internal, blind and double-blind testing.

External testing, in case you were wondering, targets a company’s externally visible servers or devices including domain name servers, email servers, Web servers and firewalls, with the objective being to discover if an outside attacker can get in and how far they can get in once they’ve gained access.

Blind testing, meanwhile, simulates the actions and procedures of a real attacker by severely limiting the information given to the person or team that’s performing the test beforehand.

Double blind testing takes the blind testing process and carries it a step further, with only one or two people within the organisation being aware that a test is being conducted.

Blind and double blind testing – desirable though they may be – can prove to be an expensive option, largely owing to the relatively high cost of the human labour that is required.

IT-based testing – sometimes called automated testing – is considerably cheaper, as the costs tend to be fixed, meaning that – no matter how much the facility is used – there are usually no appreciable extra costs.

Human labour costs, on the other hand, tend to be classed as fixed and marginal, with the marginal cost element rising the more you use the facility.

Small wonder then, that hard-pressed IT security professionals are constrained by the fixed and marginal cost issues that our accountancy colleagues often discuss with their peers in other departments – including IT operations.

Unfortunately for us all, the cost of compliance – and I’m talking here about the best practice rules imposed by the likes of PCI DSS, Sarbanes-Oxley and Basel II – is rising and, because of the need for flexible reporting, can easily get out of hand if more human labour than is planned is actually required.

The situation is made more complex owing to the fact that the internal and external audit functions in many organisations are becoming a lot more technical.

This is actually not as positive as it might first sound, as there is a trend for anyone newly-arrived in the field of IT to become more technically involved than they should. This isn’t actually necessary – after all, just because you drive your car doesn’t mean you always have to know what goes on under the hood.

And this is where firewall and allied security system automation can assist, as when it comes down to basics, all audit processes can be distilled down to a specified set of questions. Yes, the list may be a long one, and involve multiple tree and branch choices, but compiling a list is feasible in most instances.

And here’s the good news

And here’s the good news – wherever there is an audit list, an automated audit process can be developed, using that age-old work analysis process, the flow-chart.

It’s our belief at Tufin Technologies that most IT compliance processes can be automated, provided the processes are broken down into their constituent parts.

Through the use of automated audits – which, by the way, are far superior from a regulatory point of view than manual audits, as they are continuous, rather than representing the state of an organisation’s IT security at a single point in time – it is possible to meet all the required compliance needs of a given set of standards.

So what can automated audits bring to the better business table?

Companies, we have observed, need an automated audit process that can be configured to meet the specific requirements of both corporate and regulatory standards.

In addition, in order to hold individuals accountable for their actions, companies also need to maintain an accurate audit trail of all security policy and operating system changes.

Commonsense audit rules mean that it is preferable that the audit trail comes from an objective third party – or an automatic logging solution. Furthermore, companies also need to enforce and demonstrate a separation of duties designed to ensure that all changes are approved and monitored properly.

A good automated security audit suite provides IT staff with a series of automatic audit reports that test current firewall configurations against their organisation’s corporate security policy – as well as a configurable checklist of standards.

That same audit software also needs to supply a list of audit violations, as well as information on how to resolve or mitigate the infraction.

In the case of our own software, we provide a number of specialised reports, such as the PCI DSS Audit and the Cisco Device Configuration Report (DCR), which are already designed according to the requirements of the industry standard.

Good audit software should also allow that reports be scheduled for automatic, periodic execution and then emailed to all relevant security officers.

But the technology advantages should not stop there, as the software should also provide periodic audits with continuous change tracking and a comprehensive audit trail that provides full accountability, as well as demonstrating the implementation of a separation of duties.

Change reports should also be generated at any time to show the configuration changes that were made both to the rule base – and to the firewall operating system.

With these features, a good automated security audit package effectively turns the automated systems-assisted audit process into the reporting process it is meant to be, with transparency and accountability being the order of the day.

But wait – there are more advantages that automated audit software brings to the reporting table. Good software should also be able to write the security rules once within an organisation and then continually enforce them without direct reference to the IT support staff.

The final requirement that IT security professionals need to ask for – along with the usual return-on-investment tabulations – is whether the software supports a Web graphical user interface, as this option makes life a lot easier from an audit perspective, since it allows a dashboard-drilldown approach to monitoring the audit software

Armed with good auditing software like this means that IT security professionals can both audit and verify that their security software is doing what it should do – and, arguably equally as important, that the auditing software provides the information that IT management need to prove compliance (and on a cost-effective basis).

The final advantage that good security audit software brings to the better security table is the ability to generate `what if’ reports on demand. Skilful use and interpretation of these reports allows IT security managers to generate an effective risk analysis process – and without breaking the bank.

BYOD and the new IT challenges posed by the user