BREXIT: STAY OR LEAVE? HOW WILL THE PAYMENTS INDUSTRY FARE? 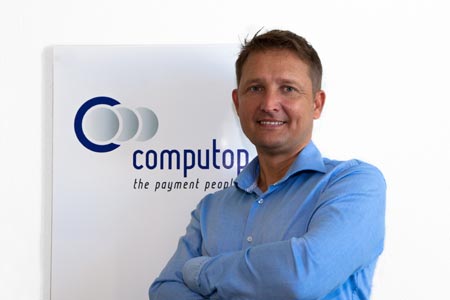 Stay or leave? In or out? However you phrase it, you can’t escape the news headlines currently trying to persuade us one way or another.  However, putting aside personal and political views on Brexit, what would an exit from the EU mean for the UK’s banking and payments industry and all international partners?

Currently only countries who contribute to the EU budget and allow free movement of citizens within the EU are granted any sort of flexible entry in the EU’s financial services single market.

If Brexit passes, many changes would need to be made over time.  A Brexit could jeopardise the UK’s status as the preferred location for global companies to conduct their European business. London is the major financial gateway for Europe, and all of the biggest international banks use the city as their hub into Europe.  If the UK leaves the EU, it raises the question regarding whether or not licenses issued by the European Central Bank will still be valid for a company operating in the UK.  While existing arrangements may not be impacted, new ones likely will.

Brexit would force international banks to reassess their European operations as a whole.  With the UK opting out of the EU, there’s a high chance it would move both transactions and jobs out of the UK.  Banks would no longer have the right to provide services to other locations in Europe.  Everything would be impacted – trading, investment, foreign exchange, acquiring, etc.  All services that had been provided from London to the rest of Europe may become obsolete.  While this may be good for other European cities, it would have a major negative impact on London, and ultimately would impact international merchants with UK-based operations too.

Why?  The UK has more relaxed rules than mainland Europe.  This, coupled with common language, is why merchants typically launch European business in the UK versus other countries.  But what will happen if Brexit happens on the 23rd?

International retailers doing business in the UK would have to establish new contracts for data centres and payment providers in order to conduct business in other European countries.  It would likely be easier and more cost-effective to move operations out of the UK and into another European country if merchants want to sell into Europe in order to comply with EU rules.  This probably wouldn’t need to happen in the short-term following Brexit passing – but it could be necessary down the road and should be figured into a retailer’s global plans depending upon the results of the vote.

And what about the EU-U.S. Privacy Shield Agreement (which replaces the former Safe Harbour agreement)?  While the status of this is still in flux, including the European Data Protection Supervisor recently noting that the current agreement needs “significant improvements,” a Brexit would require U.S. businesses to not only comply with rules ultimately established between the EU and U.S. but also separate rules with the UK, creating further chaos and delay.

Further to this, while it is a part of the EU, the UK can influence European Commission rules.   This would no longer be the case if the country secedes.  The UK would go from a rule maker to a rule taker, and would have to comply with EU regulations like the rest of the world, with no say in how those regulations are developed.

In conclusion, while the biggest risk of a British exit appears to be to London’s role as a global financial centre, it also presents challenges to international businesses and trading as a result.  Whether the UK financial sector could withstand such a big change without serious consequences will depend on the deal that the UK government negotiate in the case of a ‘leave’ vote and the speed and agility with which the UK’s financial institutions are able to adapt.   There are many unknowns at this point, but the vote on June 23 may turn global business as we know it on its head.

Andre Malinowski is head of international business at Computop. He is responsible for driving and growing Computop’s international business in the U.S., UK and China. His area of expertise lies in payment services, in particular international credit cards, local debit cards and alternative payment methods available around the globe. In October 2015 he joined Computop from ModusLink where he was the global director for ModusLink’s Financial Management Solution.

DIRECT AND INDIRECT TAXES COST AN AVERAGE £1.25 AN HOUR