BREXIT: MACROECONOMIC MUSINGS ON THE FUTURE OF THE BRITISH ECONOMY 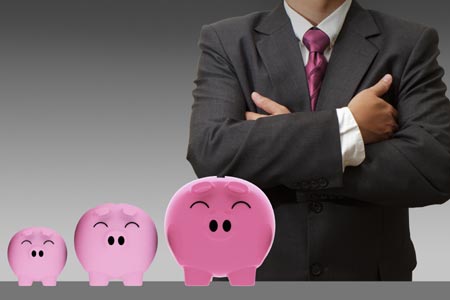 June 23rd 2016 might be marked as the most important event in financial markets since the collapse of Lehman Brothers in 2008. Britain’s referendum results caught the world unprepared and set turmoil on financial markets, with European indices suffering their biggest one day drop since the subprime crisis.

Prior to Britain’s decision to leave the EU, many economists repeatedly warned that a Brexit could prove disastrous, not only UK firms, but the entire global economy. Since the declaration of the results voting to leave the EU, financial markets have been plunging, with the GBP collapsing to levels we have only witnessed 30 years ago.

During the decade between 1998 and 2008, the UK’s exports of goods increased by 72%. Despite this increase, the UKhas lost market share in exports to emerging and developing countries, in particular China, whose goods exports increased by 682% from the period of 1998-2009, to 9.5% of world exports.Other developed countries have experienced the same trend, despite higher growth in exports of goods; between 1998 and 2008, Germany has increased its goods exports by 176%, France and Japan by 100% each, and the United States by 95%.

The financial crisis led to a large decrease in trade flows across the world, reducing UK’s exports by 22.1% in USD and imports by 22.5% in USD, from 2008 to 2009 (similar to OECD decline). The depreciation of the GBP did not fully compensate for the loss in trade volume, as exports decreased by 8.6% and imports by 9.1%, in sterling.

Today, EU members represent seven out of Britain’s top 10 export markets, totaling GBP 300bn in 2015. However, Britain’s export trade growth rate is double comparing non-EU and EU partners – while the UK exports to the EU since 1999 has grown in 3.6 per cent a year, sales to non-EU countries have increased by an average of 6.6 per cent, according to the Office of National Statistics. In particular, exports to China have grown by 18 per cent on average, since 2008.

As a result, the proportion of UK exports to the EU has fallen from 55% in 1999 to 45% in 2014.In addition, UK’s balance of trade with the EU has been negative since 1999, with the gap increasing since 2012. This increasing gap essentially means that the UK economy is negatively investing in the EU, requiring foreign resources to fund its deficit. These foreign resources increase the external debt of Britain and its dependence abroad.

However, it should be noted that Britain borrows in its own currency, which means it is not subject to a classic balance sheet crisis due to currency devaluation. At the moment, there are no signs of capital flowing outside the UK, which can drive interest rates up.

S&P’s decision to lower Britain’s credit rating by two notches from a perfect AAA to AA with a negative outlook should have increased the UK’s bond yields, but we witness yields go further down as they are still seen as a safe investment compared with other assets.

Once the UK’s formal decision to leave the EU is notified to the European council of EU leaders, under article 50 of the Lisbon treaty, the UK will have two years (extendable window) to negotiate a new trade deal with the EU. The negotiations will include the exporting and importing of goods, continued services trade, customs procedures, passport controls and regulation on safety standard, environment, and health.

Since the EU maintains a single harmonized customs border (under the EU’s common commercial policy), the UK won’t be able to negotiate a new trade deal on a country-by-country basis. The latter weakens the UK stand during the negotiations and increases the chances that the EU will impose tariffs, or even quotas, on goods or services sold into Europe. That being said, the bloc still sells more to the UK than it buys from it, leaving the UK with some leverage.

Britain faces a few options when negotiating a new deal with the EU, none of which seems promising. Norway, for example, pays a fee to the EU to enjoy the benefits of the common market, but those fees are nearly as high as the UK is paying now to the EU. Switzerland pays less than half than the UK does, but that model would lead to less economic integration (according to the LSE paper), resulting in higher economic costs. Switzerland’s deal took 9 years to negotiate, a time period the UK can’t allow itself. There is also the example of Canada, whose agreement with the EU allows for free flow of goods but with restrictions regarding services, including finance, which will hit Britain’s banking sector severely.

The UK will also have to make a deal determining the future of three million EU migrants living and Britain and two million Brits living in other EU nations.

Those that voted to leave the EU argue that the UK has a better stand negotiating international trade agreements with non-EU countries on its own.However, trade agreements takes time to finalize, usually 4 to 5 years. The EU will mostly probably take a hard stand in the negotiations and make an exemplary punishment of the UK, to show other countries that now wants to follow the UK that leaving the union is not the better choice to make. The fact that Britain didn’t sign a new trade agreement since 1973 and will now have to negotiate dozens upon dozens of agreements makes the task even harder. Referring to the Brexit in April, US president Obama said that it could take up to a decade to strike a deal with the US from outside the European Union.

As uncertainty grows, businesses usually avoid making new decisions or new investments, meaning the UK will most likely suffer a decrease in trade with the EU in the short-medium term.Global companies might shift their UK operations into the EU, just to avoid any uncertainty. A report made by the Centre for Economic Performance estimates an immediate decrease with EU trade that will result in a drop of between 1.1 per cent and 3.1 per cent in Britain’s GDP.

In the long term, the UK will find it difficult to attract skilled immigration, causing further financial distress on Britain’s productivity growth.

We are entering a very long and significant period of uncertainty, botheconomically and politically. The rules of the game remain unclear at the moment. One of the main risks in Britain’s decision is that other countries will follow and pursue their desire to quit the EU. Britain also faces the possibility that Scotland and Northern Ireland will seek their own exit from the UK, so they can remain members of the EU as independent nations. One thing is for certain, when the world’s 5th economy enters a turmoil, other countries will be affected in the process.

*Tomer Katz is the Deputy Compliance Officer at Standard Commerce Bank (SCB) in Dominica.
SCB is a privately owned and fully independent bank servicing industrial and commercial entities as well as private individuals. For more information, please visit our website at www.standardcommercebank.com.

RISE OF THE ‘HOLIDAY CASH MULE’

THE EMERGING PAYMENTS ASSOCIATION’S REACTION TO THE EU REFERENDUM RESULT