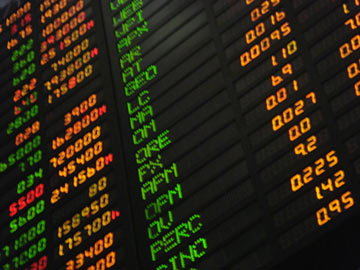 The result of positive economic data emerging from the U.S. has resulted in the initiation of a gradual cutback in the immense Fed stimulus package.  This tapering policy has caused a ripple effect in the currencies of emerging-market nations.  The enormous volume of forex trades is driven by fluctuating currencies.  The increased volatility is especially felt by India, an outspoken proponent of calibrated economic action of countries such as the U.S., U.K. and Japan.

G-20 nations have set a five-year aim for $2 trillion in worldwide growth.  Healthy employment is their priority.  The populace of every global community has been damaged by the ongoing effects of the Great Recession.  Particularly hard-hit is the world’s youth sector.

Clearly on the agenda of the Group of 20 is the stabilization of monetary markets, reduction in the weaknesses of certain emerging countries, lowering public debt and bringing up to par those nations that have experienced the greatest economic upheaval.  The balance lies in the global connection of all countries on the one hand, and the continuing strength of advanced economies on the other end of the scale.

Easing the concerns of emerging nations, Federal Reserve Chair Janet Yellen confirmed the U.S. awareness of a spillover effect from changes in the stimulus policy.  However, an overriding message reiterated by industrial nations contains the caveat that it is the responsibility of each government to bolster their nation’s economic structure.

The general consensus of the G-20 is that the Fed has the right and obligation to establish its own stimulus policy in accordance with the upward direction of U.S. growth.  Given the reality of tapering, the realization of a unitary world requires international cooperation so as to optimize the sustainable strength of all countries.

Yellen highlighted the dual goals of the Fed:  Full employment and inflation set at 2%.  The ongoing sector data emanating from every area of the U.S. economy will impact the degree of stimulus reduction.  Simultaneously, all developed nations are committed to remaining mindful that every economic adjustment will cause an across-the-globe fiscal effect.  The intended result is policy change that is calibrated to primarily guide sustainable and measured growth within the industrial country and secondarily minimize the financial volatility of emerging nations.

U.S. Economy on the Rise

In a single week in mid-February, global confidence in a growth-oriented U.S. economy triggered a rise in worldwide stocks.  That rise set aside seven weeks of declining prices, adding approximately $3 trillion to the global market.  By contrast, the Emerging Markets Index MSCI has sustained a net drop in 2014 of 4.3%.

Trends in the price of currencies and stocks are readily ascertainable.  The popularity of the foreign currency exchange market is based upon the ease of determining directional trends in currency prices.

Central banks in countries such as Spain were encouraged by Yellen’s remarks to the G-20.  She clearly indicated that potential international impact would be taken into consideration in the determination of the extent and implementation of stimulus reductions.  Global communication and policy calibration were the commitments of every G-20 central bank.

While the GDP growth in China is slower than expected, it is considered to be solid, as is the growth in various other emerging markets.  The euro has likewise experienced an ongoing rise in the value of its currency.  As to the major industrial nations of the U.S., U.K. and Japan, the financial outlook of each is strengthening.

Countries that have been at the forefront of projected growth, such as Brazil and India, have sustained an unexpected slowdown.  The International Monetary Fund forecast the 2014 global growth to be 3.7%, which was last achieved in 2011.  At the G-20, Christine Lagarde, IMF Managing Director, focused on the volatility of the emerging markets and apparent deflation in the euro in a pitch for employment increases and the need for international cooperation to boost the global recovery.

The members of the Group of 20 acknowledge that balanced and sustainable growth has not yet been accomplished.  Such strong and maintained growth is the goal of both the IMF and G-20.

Trends in exchange rates are part and parcel of the forex market.  Volatility in currency prices reflects the continuing adaptation of the monetary system of each country to the global environment.  While fluctuations are unsettling to emerging nations, they serve at least two purposes:  To create an economic balance within a country; and as a wake-up call that a stronger financial infrastructure must be established.

Global monetary stability is one of the key aims of the G-20.  The target sectors are employment, investment, international competition and trade.  With sound fiscal strategy implemented in countries throughout the world, the expectation is that a rise in the economic strength of developed nations will be accompanied by an increase in the GDP growth of emerging countries.

Share on FacebookShare on TwitterShare on Linkedin
Related Topics:GLOBAL ECONOMY PASSING THE DARK AGES
Up Next

INDIA IN THE BALANCE