BLOCKCHAIN TECHNOLOGY IN ESTONIA: WHAT HAPPENS AT GOVERNMENTAL LEVEL 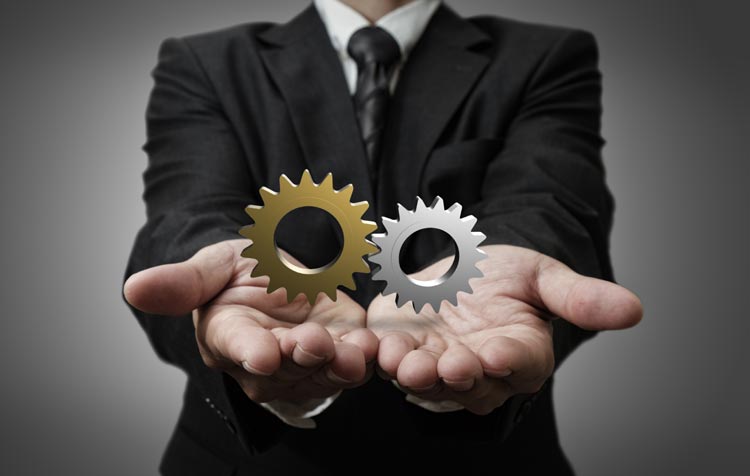 In 2000s, Estonia, a 1.3-million countryon the periphery of the EU, has set a course for common digitalization. The state that can’t boast with soft climate and particular attention among tourists put focus on technologies, and 15 years later, obtained excellent infrastructure for testing the latest IT projects. Estonia has become one of world’s first countries to pay attention to blockchain technology. And in 2015, it implemented the first blockchain in the Government Technology sector.

Let’s review closer why Estonian authorities have admitted blockchain advantages so easily and agreed to implement this technology at the national level.

Prior to talking about blockchain, one should understand why Estonia has focused on IT. Being a small state with shrinking population, a part of which is looking to the West, Estonia has realized a demography issue in time. It is expected that around 2.5 thousand citizens will leave the country in 2017, and even arrived immigrants won’t cover the difference.

Estonia doesn’t have any large-scale productions, keeping labor power, and the government has decided to review the problem from nonstandard perspective. Actually, to increase budget and attract people able to work to the country, it is not necessary to make them live within its territory. It is enough to establish the proper conditions for business operation and support them with high-quality electronic infrastructure.

Thus, in 2015, one launched the e-Residency project, allowing companies across the globe to register in Estonian jurisdiction.

Mass media often mistakenly refers e-Residency to electronic citizenship. However, it should be clarified that this is about electronic residence, in other words, the opportunity to run business in the country without being its citizen. A resident obtains the right to open an account in Estonian bank, use an electronic signature while concluding agreements, as well as is provided with file protection using the key.

The government benefits from imposed taxes and residents’ potential successful operation, so they will sooner or later want to expand the company, hire more employees and, perhaps, move in Estonia.

And everything would be perfect but for a slight problem: electronic data transfer and storage should be somehow protected from intended hacks, glitches and errors caused by a human factor.

It was in 2015 when IT community became actively discussing advantages of blockchain technology accepted in narrower context than nowadays. It has become clear that transferring of services into blockchain simultaneously solves all above-mentioned issues. Then, e-Residency developers along with Bitnation project representatives focused on blockchain implementation into electronic residency infrastructure. The results were announced in late 2015: citizens and residents got access to PublicNotary service, some kind of electronic notary available from any part of world.

The team of young manager Kaspar Korjus is focusing on further blockchain implementation in the e-Residency project. Kaspar Korjus is listed as #1 on the Forbes Estonia’s 30 Under 30 in Technology and Finance category. Megan Smith, Google ex-vice-president, qualifies him as one of 20 global digital technology leaders.

Previous spring, Estonian eHealth Foundation along with Guardtime startup, a developer of keyless signature infrastructure (KSI) technology, announced the common project on transferring medical records of the Estonians into blockchain.

The goal of project founders is to provide safe storage of private data and, at the same time, provide doctors with a quick access to them in case of emergency. Such a system allows to monitor a disease history, review previous treatment and contra-indications of patients.

Besides services supported at the governmental level, business initiatives should be also noted.

In January 2017, Estonian Nasdaq subdivision announced a successful completion of the experiment conducted in partnership with e-Residency. The e-Voting system, designed for voting among shareholders of a company, has shown that blockchain indeed simplifies a voting process and reduces related expenses. Now, Nasdaq team is studying opportunities of blockchain implementation into customer services.

One of first companies to implement blockchain in the banking sector was Estonian LHVBank. In 2015, its clients obtained an access to Cuber Wallet mobile application, allowing to transfer money to any part of the planet for free. The development involved IT teams from five countries, including Estonia.

Let’s come to the conclusion

Blockchain projects in Govtech and financial sectors will be discussed in detail by participants of Blockchain&BitcoinConferenceTallinn, taking place on March 9. It will be the first large-scale conference in Estonia dedicated to this issue. The event will bring together representatives of e-Residency, IBM, LHV, and more than dozens of other companies and projects.