The future of payments in the cash-lite economy
Our website publishes news, press releases, opinion and advertorials on various financial organizations, products and services which are commissioned from various Companies, Organizations, PR agencies, Bloggers etc. These commissioned articles are commercial in nature. This is not to be considered as financial advice and should be considered only for information purposes. It does not reflect the views or opinion of our website and is not to be considered an endorsement or a recommendation. We cannot guarantee the accuracy or applicability of any information provided with respect to your individual or personal circumstances. Please seek Professional advice from a qualified professional before making any financial decisions. We link to various third-party websites, affiliate sales networks, and to our advertising partners websites. When you view or click on certain links available on our articles, our partners may compensate us for displaying the content to you or make a purchase or fill a form. This will not incur any additional charges to you. To make things simpler for you to identity or distinguish advertised or sponsored articles or links, you may consider all articles or links hosted on our site as a commercial article placement. We will not be responsible for any loss you may suffer as a result of any omission or inaccuracy on the website. 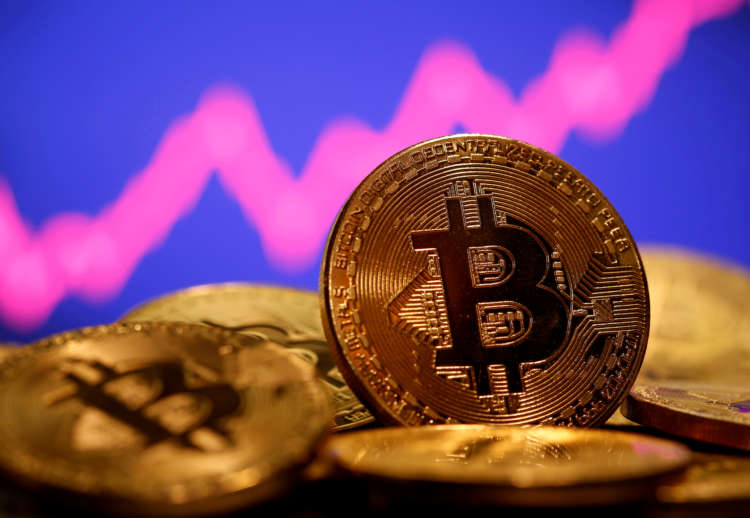 SINGAPORE (Reuters) – Bitcoin pulled back from a record high on Monday and other cryptocurrencies slipped, as investors took profits from a record-breaking rally that had pushed bitcoin close to $50,000.

Once on the fringes of finance, bitcoin is fast gaining legitimacy as an asset class and has leapt 20% in the week since electric carmaker Tesla Inc announced it had $1.5 billion in bitcoin and would accept the currency as payment.

It is up more than 60% for the year to date and has gained more than 1,100% since hitting a one-year low last March.

“There’s this unadulterated wave of big players (buying) that has continued to push the price higher,” said Chris Weston, head of research at Melbourne brokerage Pepperstone. “We might be seeing one or two big funds just cashing out,” he said.

“The big question is: OK, you want to buy the pullback, but how big is the pullback that we are talking about?”

Besides Tesla’s investment, Bank of NY Mellon last week said it formed a new unit to help clients own and trade digital assets.

Bloomberg reported on Saturday that Morgan Stanley’s investment arm is weighing a bet on bitcoin.