APPLE: TAKING A BITE OF THE PAYMENTS MARKET? 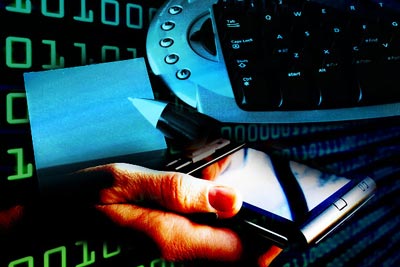 APPLE: TAKING A BITE OF THE PAYMENTS MARKET

A survey out this month named Apple as the highest valued brand in the world, overtaking Google and marking the first time in 13 years that Coca Cola hasn’t topped the Interbrand list. With Apple’s value estimated to be $93.3billion, it is clear that this brand, once famed for its sleek and ergonomic designs, is now a significant technology  force to be reckoned with.

It’s no surprise then that the recent launch of the new iPhone has caused experts from all manner of industries to question the impact this will have on their market. Payments professionals in particular have reason to examine the new model. The mobile payments market is beginning to heat up, as both new and established payment players battle to launch P2P payment products – from PingIt to PayPal, Zapp to Znap, it’s certainly a fertile marketplace.

With Apple dominating the industry – in the US iPhones make up 40% of smartphone market – it is easy to see why any updates to the model are anticipated to have far reaching effects on the mobile payments space. It is now widely accepted that the only remaining barrier to mobile payment adoption is consumer acceptance of the technology, so what impact will the iPhone have on the public’s opinion here?

NFC: Not For Consumers?
One much-discussed element of the new iPhone is the notable lack of near field communication (NFC) technology. ComputerWorld described this as a dismissal of the technology, while a Wall Street Journal headline talked of a ‘blow to NFC’. It’s certainly true that without Apple behind it, NFC is unlikely to reach a mass audience and will certainly struggle to become a mainstream payment method.

Yet the decision from Apple was not a surprising one. Historically Apple doesn’t launch something until it is 100% relevant to the market, and NFC certainly hasn’t made the necessary impact yet. That’s not to say consumers don’t know about contactless – according to ICM Research, the awareness level of contactless cards is 80 per cent, meaning most consumers are aware of the full capabilities of their payment cards. Yet the same research tells us that just one-third of contactless card holders have ever actually made such an NFC payment. 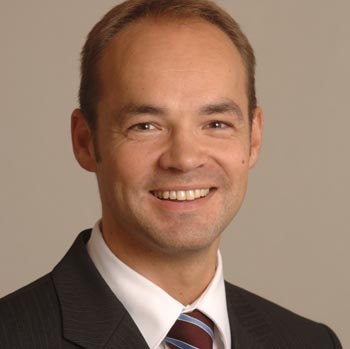 Is it too far then to suggest that slow consumer pick-up, combined with Apple’s decision to avoid NFC in the new iPhone, is a bad omen for the future of contactless mobile payments?

I think this may be a slight exaggeration. After all, NFC is a feature that requires infrastructure development on both sides – retailer and mobile handset provider. In the mean time, Apple is focusing energies on specialising in areas that are successful independent of contactless technology, but will only be improved by NFC evolution. Take the iOS Passbook as an example. Designed as a central folder for everything from airline boarding passes and film tickets, to gift cards, the Passbook allows users to scan their iPhone to redeem their passes. This app is clearly useful in its own right, but add NFC capability and it becomes a clear rival to Google Wallet and other mobile wallet solutions. The same could be said of Apple’s focus on maps. Given the growing popularity of location-based reward apps for both consumers and retailer, this is a smart move. And again, add iPhone NFC technology and you have point-of-sale payment apps. Make no mistake – Apple will join the NFC market, as and when they see fit. This is no way spells the end of NFC.

Biometrics: touching the future
Another area in which Apple are paving the way is biometrics. The iPhone 5s comes with fingerprint identification, removing the need for a passcode to unlock the screen. This is probably the most important announcement that Apple has made to date, for a couple of reasons.

A number of industry commentators have focused on the potential for an Apple-owned biometric database. While it is true that Apple will have a record of fingerprints, it is worth remembering that this exists elsewhere – Government bodies and police often hold fingerprint databases.

For the payments industry however, this feature represents a significant development. The use of fingerprint identification paves the way for mainstream familiarisation with, and adoption of, biometrics. The mass market of Apple products is a significant boost to biometric technology, in the same way as it could be described as a blow to NFC. What’s more, where Apple goes, others will follow. In 6-12 months time fingerprint login capability could well be standard across the mobile market.

iPhones, identification and iBeacons
It is easy to see why Apple has chosen to feature biometric technology in the new iPhone. For one thing, biometrics provide far superior security to any other solution currently on the market. Apple puts the chance of a random unregistered fingerprint unlocking the device at 1 in 50,000 – significantly this is five times better than a four-digit PIN, such as those currently used. What’s more, it’s tactile, user-friendly, fun and futuristic – think CSI and James Bond!
It would certainly be easy to look at this screen unlocking development, combined with the lack of NFC technology, and suggest that Apple isn’t interested in the payments market. But I am concerned that this is to underestimate the world’s most valued company.

Indeed, quietly Apple launched iOS 7, the new software upgrade for iPhones, and with this launched iBeacons, a low energy Bluetooth software. The full implications of this will emerge in time. But we do know that they act much like a GPS – greatly enhancing the iPhone’s location-based offerings and opening an interesting chapter for retailers who have much to gain from geo-location reward programmes. It is now up to retailers how they choose to use this. But make no mistake – this represents a clear move from Apple into the payments space.

It might not yet have taken a bite, but Apple sure is sizing up the payments market.

THE FUTURE OF THE PUBLISHING INDUSTRY & DIGITAL MEDIA

BYON AND THE DILEMMA FOR FINANCIAL FIRMS