WILL THE UK GOVERNMENT BE A FORERUNNER TO A SHIFTING GLOBAL ECONOMIC NARRATIVE? 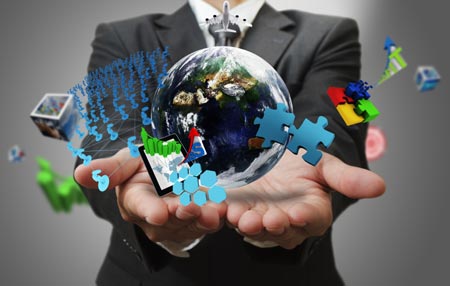 The tectonic plates of UK politics have shifted once again with the abrupt end to the Conservative Party leadership contest, the appointment of Theresa May as Prime Minister and a significant cabinet reshuffle that has refreshed a government that was left flailing following the UK referendum result.

All in all, we believe this week’s events should be taken positively. The UK now has more visibility in the near term with regards the political situation; more progress has been made than anyone had expected. In the short-term, this is good for politics, good for the economy and good for financial markets. Moreover, sweeping changes to the cabinet reshuffle suggests that it will not be business as usual.

While negotiations around Brexit will be pivotal to the new administration’s success, it is unlikely to want to be defined by this issue alone. Theresa May’s focus on social justice, which she has made a centre piece of her forthcoming agenda, contributes a new dynamic to current political and economic consensus.

The new Prime Minister is clearly putting her stake in the centre ground of UK politics and, in her efforts to build ‘One Nation’ Conservatism, she is reaching out to those ‘ordinary’ voters who delivered the ‘Leave’ verdict, many of whom live outside of the larger metropolis cities. While historians will argue for many years around the root causes of the UK referendum result, there is a strong sense that disaffected voters in those areas of the country that have not benefitted from globalisation and yet have borne the hardships of years of austerity decided that things couldn’t get much worse. They demanded change and politicians have been scrambling to respond.

This is not just a UK phenomenon, but it has been a hallmark of the anti-establishment rhetoric globally since the 2008 financial crisis. Over the years, European political discourse has been increasingly infected by populist movements and we are now witnessing this trend in the United States. Despite all attention placed on the anti-establishment US Presidential candidate Donald Trump, it is noteworthy that Hilary Clinton, the candidate who is famously backed by Wall Street banks, has shifted her rhetoric to be more in tune with the some of the harder-left beliefs of Bernie Sanders.

From the 1980s through to the early 2000s, inflation was considered to be the central bankers’ bogeyman. However, in a world of very low or negative interest rates, where there has been little progress in terms of productivity advances, income inequalities have widened and there appears to be no ‘escape velocity’ –i.e. a breakout to a more sustainable level of growth for the global economy – central bankers and governments are being forced to revise years of accepted economic dogma.

In many ways it can be argued that Brexit could be a catalyst for a new approach. The Bank of England has given assurances that it is ready to take conventional action and reduce interest rates as early as August. If Andy Haldane’s comments about taking a sledgehammer to a nut materialise, interest rates may well be reduced to zero. The Bank has already provided support to financial markets by reducing banks’ capital requirements and it may also consider expanding its asset purchase programme.

More interestingly, though, Governor Mark Carney has stated that the UK’s economic adjustment, as a consequence of the ‘regime shift’ of being outside the European Union, cannot be the job of monetary policymakers alone. It  requires government support. This marks a nuanced departure from standard central bank language. While other central bankers have asked for support in previous years from governments through structural reforms, notably President Mario Draghi of the European Central Bank, Carney’s comments refer to a different type of action: a fiscal boost as opposed to meeting fiscal targets.

A call to fiscal arms

Early indications suggest that Prime Minister May is heeding those calls to take up fiscal arms. In various speeches, she has spoken of the need to end the budget surplus targets; increase infrastructure spending via Treasury-backed bonds; support house building; and deliver an industrial strategy, which includes among other things, adding employee representatives onto company boards. Given the lack of wage growth in the developed world over the last few years, some economists are now arguing for a stronger employee voice to help redress the issue of lack lustre wage growth. It is believed that this approach could produce more creative thinking, innovation and investment from the corporate sector, which ultimately increases productivity growth.

Furthermore, Theresa May has also spoken about the need to protect UK companies from the prey of foreign ownership where their business activities are central to UK economic success – she cites the near sale of Astra Zeneca to Pfizer. Some would argue that some of her views could be conflated with Ed Miliband’s playbook! In the absence of a leadership  contest, it is worth noting that Theresa May’s economic thinking has yet to be tried and tested among her Party. Whether she is able to deliver a new economic agenda, which she describes as being targeted to everyone and not just the privileged few, is still up for debate. Her government has a wafer thin majority in Parliament, plus the majority of her cabinet can be characterised as market-liberal ‘Brexiteers’ from the right of her party.

Nonetheless, we are at the cusp of entering a new political and economic phase in the UK and by extension globally. The reshaped UK government looks on course to be a forerunner in a shifting global narrative, where more focus is placed on government action to stimulate growth and provide relief to somewhat exhausted central banks.