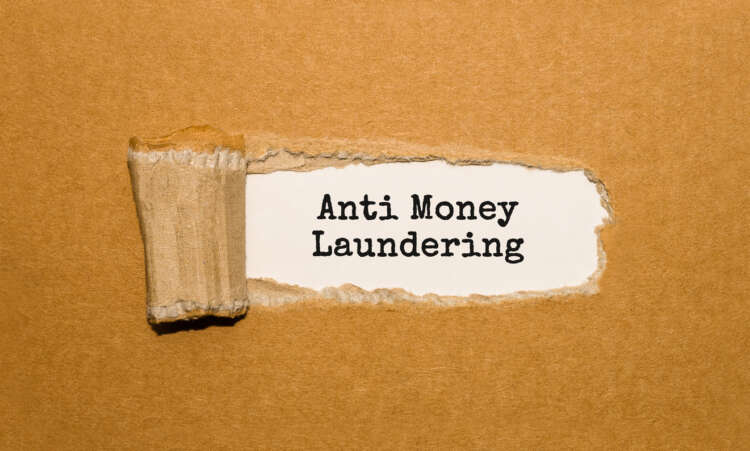 The United Kingdom has seen calls for an overhaul of their anti-money laundering measures amid numerous reports of high-profile cases of the financial crime, which continues to threaten the country’s reputation and security.

In fact, National Media Outlets have labelled the UK as the ‘global money-laundering capitals for a post-Soviet Union elite’ after evidence that professional enablers have continued to offer foreign kleptocrats ‘a home-from-home in London’ has emerged.

If this continues, the UK’s national security and integrity is at risk of falling through.

However, money laundering in the UK is a far more complicated issue than one might first expect, and there are thousands of unique and intricate relationships between UK finance professionals and international criminals which contribute to the money laundering economy.

Britain’s colonial links to offshore tax havens in the Caribbean and beyond have been highlighted in the Pandora Papers scandal. Nations such as the British Virgin Islands, Cayman Islands and Jersey, amongst others, have laws in their books that encourage the registrations of offshore trusts as a business service which has now morphed into instruments of tax avoidance and money laundering for international criminals.

This is partly because, historically, London has been at the centre of a vast physical empire that has now developed the nation into a financial powerhouse. In fact, London has often been cited as one of the largest finance capitals in the world, and the UK as a whole controls sizable portions of the banking sector in Europe. According to the European Union (EU), since 2016 half of the world’s financial firms have based their European headquarters in London.  As a result, industries such as accounting, banking, fintech law and real estate play a central role for the UK economy, and this has unfortunately given rise to nefarious financial activity.

Recognising the fact that colonial historical links still exist is important, and the challenge this presents is that the crooks have taken advantage of the UK’s network of offshore tax havens, sometimes at the expense of, or, even worse, complicitly with these London based finance professionals.

A major example of such actions was seen through the Ahsani family’s company, Unaoil, laundering money through a chain of offshore companies which aided in the purchase of a number of UK properties to hide the illicit funds. A reported £7.5 million of proceeds were transferred through these offshore companies alongside funds from outside investors into investment funds.

Another instance of money laundering through the UK property market came from the family of Kenyan President Uhuru Kenayatta. They are said to have owned a string of offshore companies in Panama and the British Virgin Islands according to the Pandora Papers. 7 members of the Kenayatta family were variously connected to 11 offshore companies and foundations.

Perhaps most alarmingly, the Pandora Papers revealed that the family members used their offshore companies to purchase three properties in the UK. One of which was a flat in London, near Westminster, which was rented out to an unknowing Member of Parliament until summer 2021.

According to the National Crime Agency (NCA): “Virtually all high-end money laundering schemes, and several cash-based ones, are facilitated by the abuse of legitimate processes and services,” suggesting that the small majority of finance professionals involved in money laundering pose a serious threat.

However, we have seen some level of money laundering enforcement action taken by the NCA previously. For example, a family surrendered their London houses worth £1.6 million, purchased, in part, with money laundering investments. The NCA civil recovery claim linked the purchases with suspected money laundering, with the mother of the family eventually found cleaning money for an Albanian drugs gang.

The uncovering of millions of pounds in UK real estate being connected to high profile money laundering scandals only compounds concerns over Britain’s international reputation and financial integrity.

The Covid-19 pandemic, and lockdowns, have certainly not helped the situation, as digital identity authentication and paperless transactions, for example, have made it easier for some financial criminals to slip through the cracks of less sophisticated due diligence processes in the banking sector.

Moving forward, we must expect to see a tightening of restrictions from the regulator, as well as a proactive and cooperative effort from all private finance professionals and firms to ensure that this form of financial activity does not continue to proceed unchecked. The UK’s reputation as a safe place to do business for legitimate companies depends on this, as there are other financial centres around the world only too happy to take over leadership.

Furthermore, overhauling the country’s anti-money laundering measures, alongside adopting effective KYC technology, is essential to prevent further high-profile money laundering schemes and protect the UK’s reputation and future as a safe place to do business. Otherwise, expect other rival financial centres to pick up the mantle.

Financial services in 2022: an opportunity for metamorphosis