VLADIMIR PADANIN, BANK ZENIT: EACH BANK WILL FOCUS ON WHAT IT DOES BEST

Banking and the Transformation of the Digital Space, With Absa Bank’s Award-Winning Head of Digital Banking

Crèdit Andorrà Group: We Speak to CEO Xavier Cornella Following a Record-Breaking Year
Our website publishes news, press releases, opinion and advertorials on various financial organizations, products and services which are commissioned from various Companies, Organizations, PR agencies, Bloggers etc. These commissioned articles are commercial in nature. This is not to be considered as financial advice and should be considered only for information purposes. It does not reflect the views or opinion of our website and is not to be considered an endorsement or a recommendation. We cannot guarantee the accuracy or applicability of any information provided with respect to your individual or personal circumstances. Please seek Professional advice from a qualified professional before making any financial decisions. We link to various third-party websites, affiliate sales networks, and to our advertising partners websites. When you view or click on certain links available on our articles, our partners may compensate us for displaying the content to you or make a purchase or fill a form. This will not incur any additional charges to you. To make things simpler for you to identity or distinguish advertised or sponsored articles or links, you may consider all articles or links hosted on our site as a commercial article placement. We will not be responsible for any loss you may suffer as a result of any omission or inaccuracy on the website. 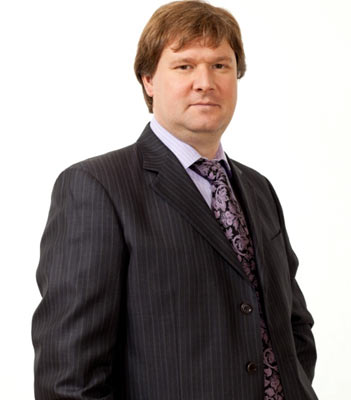 Vladimir Padanin, Deputy Chairman of the Management Board of Bank ZENIT, on the development of Private Banking and the start of reorganisation of ZENIT Banking Group’s business in Tatarstan.

ZENIT Banking Group has recently announced the reorganisation of its business in Tatarstan. This move will have an effect on the Group’s two subsidiaries in Tatarstan – Bank ZENIT’s branch and Devon-Credit, a subsidiary bank headquartered in the city of Almetyevsk. What is behind this move?
Some history can better explain the background of what we are now doing. Bank ZENIT, where Tatneft is a major shareholder, has actively operated in the Republic of Tatarstan since the second half of the 1990s. In the mid-2000s, we realised that there was a need to broaden our regional presence, including by way of acquiring successful local banks, which would enable us to develop our business in Tatarstan and across Russia. In pursuing this goal, in 2005, we acquired Bank Devon-Credit. Actually, that deal was the beginning of the Banking Group. Today, ZENIT has its banking subsidiaries in the cities of Sochi, Tula and Lipetsk, while Tatarstan is now the only region where ZENIT’s branches compete internally with the subsidiary bank. Bank ZENIT and Bank Devon-Credit are universal banks and they offer largely the same range of banking services in Tatarstan. The time has come for us to eliminate unnecessary competition within the Group.

The reasons for taking these steps are easy to understand. But how do you see the reorganisation in particular?
We identified the strengths of each bank before we began reorganisation, and have focused on these areas in particular. As a result of this reorganisation, Bank ZENIT’s Banking Centre TATARSTAN will focus on corporate and private banking segments. Bank Devon-Credit’s priority areas will include mass retail and SMBs. Accordingly, Bank Devon-Credit will receive the portfolios of Bank ZENIT’s retail and SMB clients in Tatarstan.

Why did you choose this arrangement?
The reason is quite simple. On the one hand, Bank ZENIT is a large federal bank with significant capital and assets. Bank ZENIT is able to extend large loans to corporate clients, where necessary, and has extensive experience in offering services to large businesses. In addition, ZENIT has traditionally occupied a leading position in Private Banking. Suffice to say that The Banker and Professional Wealth Management magazines have named Bank ZENIT the best Private Bank in Russia in 2012.
On the other hand, Devon–Credit has experience in the retail and SMB segments. The bank has an extensive network in Tatarstan, which is needed to offer services to retail clients and SMBs and this network will grow even further as a result of the reorganisation. In order to consolidate its position on the retail market, we have decided to transfer the necessary banking infrastructure to Devon-Credit, including several offices and most of Bank ZENIT’s POS-terminals in Tatarstan. When viewed in the light of its brand, infrastructure and technologies, Devon-Credit is better positioned for operations in the retail and SMB markets in Tatarstan.

As a result, Devon-Credit will have a portion of Bank ZENIT’s customer base. And what does Bank ZENIT receive in return?
It is very important to be aware that we are a single Banking Group and the decision-making process is a part of the common corporate strategy, in other words, we assess the results of the reorganisation for the entire Group. In this case, according to our estimates, we will be able to raise the effectiveness of business and reduce expenses. In addition, we will eliminate internal competition, which in turn, will enable Bank ZENIT to capitalise on the development of sectors, where it has traditionally occupied strong positions, i.e. attracting and offering services to major corporate clients with an annual turnover of over two billion rubles, and Private Banking.

But how mature is Private Banking in Tatarstan? Why have you made it a priority? What are the future trends in Private Banking in Tatarstan?
Firstly, I would say that the Republic of Tatarstan has always been and still is one of the richest Russian regions. For this reason, Private Banking in Tatarstan has actively developed over the course of at least last decade. Bank ZENIT was among the largest Russian banks, which began to offer private banking services in Tatarstan at a professional level.
Today, we have quite a developed market for private banking services in Tatarstan and high activity of the largest Russian banks in this sector is another indication of this. In particular, services for high net-worth clients are in most demand in the capital of Tatarstan and in its biggest business centres.
I would say that a shift from Private Banking for individual clients to a more comprehensive servicing of affluent families will be the main trend in the near future. At the Bank, we have also set a goal of launching in Tatarstan the most comprehensive line of banking products and services, which have been so far only available on the international markets.

What can the clients expect from these changes? How would they benefit from this reorganisation?
We believe that a more targeted approach will allow for a better quality of banking services. In addition, we have identified a way of transferring the retail portfolio from Bank ZENIT to Bank Devon-Credit that would be the most comfortable for our clients. Every individual client of the bank, as well as every SMB client, will be offered to be serviced by Devon-Credit Bank. Overall, the terms of service and costs of lending will remain unchanged; however, the servicing/lending bank will be different. We will discuss the terms and conditions with each individual or corporate depositor, and of course, on the most advantageous terms for our clients.

Can you give an example of a bank or a non-financial organisation, which has optimised their business in a similar way? Or has ZENIT Banking Group pioneered the market with this reorganisation?
We did not mean to reinvent the wheel. A segmentation in large financial and non-financial organisations, which is based on targeting various customer groups is not unusual. I would give the example of VTB Group, where VTB Bank focuses on offering banking services to major corporate clients, while VTB24 prioritises the retail segment. A most recent example is the planned merger of NOMOS-BANK with OTKRITIE Bank, where based on media reports, each credit organisation will have its priority area. Therefore, in carrying out this reorganisation, we are a part of the mainstream.

The market for banking services in Tatarstan is now quite mature. Do you expect any new strong market players coming (banks which operate on federal level or subsidiaries of international companies)?
The banking market in Tatarstan is highly competitive. There are branches of federal banks, local banks with federal reach, and relatively small local banks. However, some biggest federal banks have no presence in Tatarstan so far, including banks with foreign investments. The increasing competition may urge them to enter the banking market in Tatarstan. I think they may choose to enter the market by acquiring a local bank.