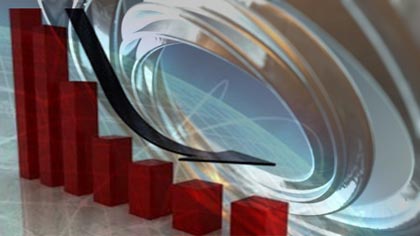 Sterling has had a tremendous run since the first week of July against the US dollar as the currency has appreciated from 1.48 USD to over 1.62 USD last week. Sterling has come off a little in the last week with the rate now just below 1.60 USD as economic data has recently come in slightly weaker than expected and casted a cloud over the recent recovery in UK plc.

This morning there was more economic data which was weaker than expected with Britain’s construction sector falling unexpectedly in August. This was the latest data which has cast doubt on business surveys indicating that growth had picked up strongly in August. The Office for National Statistics earlier today said construction output fell 0.1% between August and July — in comparison output increased 2.8% in the previous month. Economists had been expecting output to rise 1.6% on the month in August. This will undoubtedly start to put downward pressure on Sterling.

Wednesday’s much wider than expected trade deficit resulted in a sharp decline in Sterling as growing import costs once again put the dampeners on the strength of the UK economy and increasing import costs threatening a sharp increase in the rate of inflation in the UK – all negatives for the pound.

Recent UK retail sales figures also show that the UK economy is possibly not as strong as some believe. On Tuesday, figures showed that growth in retail sales slowed for a second consecutive month. The British Retail Consortium said that the total value of retail sales was 2.4 per cent higher in September than a year ago which was the second-weakest figure this year. Like-for-like sales rose 0.7 per cent, less than half the rate of growth of the previous two months. Both Next and Tesco have recently sounded a cautious note on retail spending in the UK.

With positive signs coming out of the US with regards to the debt ceiling, this should start to give some impetus into the US dollar which has had an “annus terribilis” and perhaps the last couple of months of the year may result in a reversal of some of those losses for the greenback? Also, one would be foolish to ignore the geo-political situation in the Middle East – a “flight to safety” could still be on the cards.

IPC Celebrates 40 Years of empowering traders to connect and communicate