U.S. dollar to remain strong for at least another month: Reuters poll 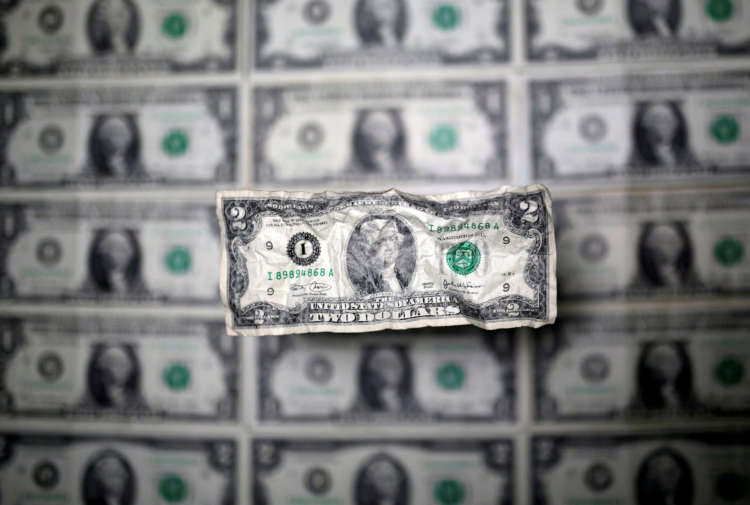 BENGALURU (Reuters) – The U.S. dollar will remain strong for at least another month, according to a Reuters poll of foreign exchange strategists, who still forecast that the currency will weaken in the longer term.

Following a spike in benchmark Treasury yields, which touched a 14-month high on Tuesday, the greenback is up about 3.5% this year, a solid revival given it started the year on the defensive.

Trillions of dollars in expected government infrastructure spending and a robust U.S. economic recovery will likely keep bond yields rising and the dollar well-supported in the near-term, forcing reassessments of bets against the currency.

The other eight said the dollar’s revival was already over or would end in less than a month.

But beyond short-term outperformance, the March 26-31 poll of over 65 FX strategists in total predicted the dollar would weaken over the 12-month horizon.

Those forecasts line up with a separate Reuters survey of fixed-income strategists published last week who were not expecting sovereign yields to be a lot higher than current levels over the coming year. [US/INT]

For a graphic on Reuters poll graphic on the EUR/USD and U.S. 10-year Treasury yield outlook:

“I don’t think we’re going to have a massive run-up on the dollar in the way we did a couple of years ago. I think we can go a little bit further,” said Jane Foley, head of FX strategy at Rabobank.

Analysts still expect the euro, which marked its worst first quarter performance since 2015 this year, to strengthen against the dollar over the next 12 months.

However, that year-ahead forecast was the lowest since November and was at risk of a further downgrade.

Fifteen of 17 analysts who answered a separate question said risks to their euro forecasts were skewed to the downside.

Much of the negative outlook was because the euro zone was lagging its peers in immunizing its population, putting its major economies at risk of more large-scale lockdowns.

“My forecasts are for the euro to go back up to $1.21 on a three to six month view, but I’m not feeling comfortable with that. I’m beginning to think I’m going to have to bring that lower over the next couple of weeks or so,” added Rabobank’s Foley.

Despite the dollar gaining across the board this year, much like in previous cycles, it was emerging market currencies which suffered the most.

While they were expected to pare some of their recent steep losses over the coming year, there was plenty of selling pressure expected for developing economies’ currencies over the next 12 months. [EMRG/POLL]

Nearly 60% of analysts, or 28 of 48, who answered an extra question said emerging market currencies would underperform over the next three months. A similar majority also said a sell-off in risky currencies was likely over the next quarter.

“In the very near-term the environment has become a lot more challenging… We wouldn’t be going to buy emerging market currencies right now,” said Lee Hardman, senior currency analyst at MUFG, the most accurate forecaster for major currencies in 2020.

For other stories from the April Reuters foreign exchange poll:

The Real Impact of PSD2