The 9 Types Of Eaters You’ll Find In Any Office 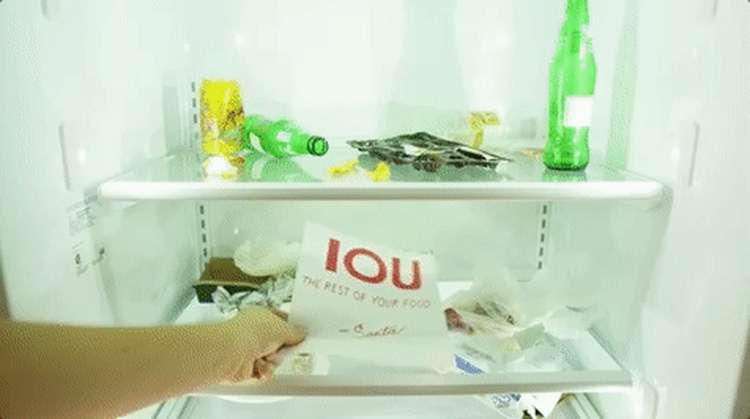 Working in an office brings with it plenty of benefits: face-to-face communication, enjoying some office banter, and the friendships you make on those brisk lunchtime walks to Greggs.

But one thing you can’t escape in the office… people’s eating habits! Office etiquette is hardly Michelin-star: instead, it can feel like lunchtime warfare, as different types of eaters –employing bold, planned attacks or even stealth tactics– find themselves at odds with one another.

Forward Role Recruitment found that there are 9 key types of eaters that you’ll find in any office. Which one are you?

Non-replacers believe that they are good people. They really believe that when they finish off the last of your milk, they’re going to go straight to the supermarket at lunch and buy you a fresh carton. Fresh. They’re pretty much doing you a favour, right?

The problem is that this milk never appears in the fridge because non-replacers are bad at thinking ahead: that’s why they used your milk in the first place. They have the potential to do the right thing, but — alas — potential never made a good brew.

Non-replacers quickly become shunned in the office. They can often be found huddled together, talking about all the good intentions they had.

Though not quite as heinous as non-replacers, poor replacers still have a stain on their reputation.

They tell you they’ve used your Lurpak, but say “don’t worry: I’ll replace it”. And next time you look in the fridge, you see an all-too-familiar supermarket own-brand tub of margarine in its place.

Namers are regular, law-abiding folk who, having been burned one too many times by non-replacers, have decided to take the law into their own hands.

Your typical namer is armed with a marker pen, but particularly advanced specimens have been known to carry a sheet of sticky labels, too. They brand their property with their name to deter sneaky fridge-raiders from claiming: “I thought it was communal.”

Sadly, this often has little-to-no effect on light-fingered workmates. Levellers are a little like detectives: they know something is going on, but they need proof before they take action. Like namers, levellers often have their own marker pens, which they use to draw a small line of the side of their milk. And then they wait.

Be careful when dealing with a leveller: when the level is found below the mark, those who incur their wrath won’t forget it. Fridge-fillers load the kitchen with exciting perishable goods for the week ahead, only to be distracted by midweek trips to KFC. Their plentiful stock soon turns sour, especially because they have a big appetite for sandwiches and yoghurts. Hiders don’t frequent the kitchen: instead, they hide a veritable feast in the dark corners of their desk drawers.

A multipack of Monster Munch here. A Double Decker there. They eat their delicious treats coyly, savouring every bite. They have mastered the art of unwrapping a Starburst without making a sound.

When caught in the act, hiders try to downplay the sheer size of their stockpile, and make loud comments about going to the vending machine because they’ve got “nothing to eat”. Rambos are big characters that always bring in the tastiest food. Unlike hiders, they declare loudly the delicacies they’ll be devouring for lunch.

But don’t expect them to share. Rambos firmly believe in the mantra of “every man for himself”, and often don’t work well in teams. Most Rambos are somehow in a position of authority. They stay at the office late. They never leave their desk. On the surface, jackals look like decent, hard-working people who are just trying to do their best.

But by night, jackals turn into voracious scavengers. They bide their time until the office is empty or when it’s just jackals left (they often hunt in packs), and then descend on the desks of hiders, emptying the stash as quickly as possible.

Come morning, jackals are prone to pinning it on the cleaner. Vultures are opportunists. They hover around boardrooms when there’s potential for leftover sandwiches, and are the ones to pick the office buffet completely clean. They’re never more than a few feet away from where free food will be.

Vultures often befriend fridge-fillers early, which usually satiates them when no freebies are in sight. But don’t let them starve for too long: vultures have been known to mutate into non-replacers when times are hard. “We’ve carried out a (not at all) highly scientific ten-year behavioral study at Forward Role, involving hungry recruitment consultants and a small fridge – the results are the 9 eater typologies in this article.

It’s amazing to observe over the years that between life, death and taxes, nothing causes more consternation than someone messing with your foodstuffs. Still, embracing the little habits of your co-workers can help you understand them a little better. That opens the door to dramatically improving how you communicate with others and makes you stronger as a team.

But still: there’s no excuse for stealing milk.”

Making A Smooth Transition To Digital Accounting Ahead Of MTD