Realising the Benefits of SEPA- a Q & A with Jonathan Williams, Experian 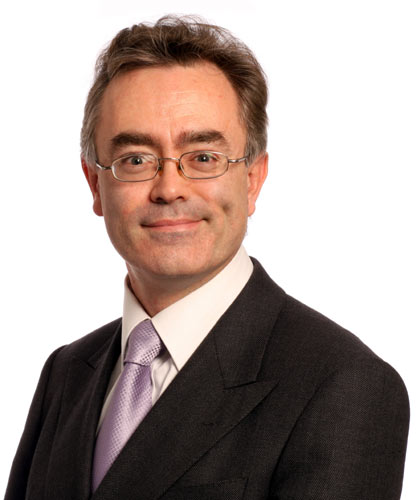 What is SEPA and whom does it affect?

The SEPA (Single Euro Payments Area) initiative hinges on the creation of an area in which all electronic payments in Euros are treated as domestic and with common conditions, thereby removing existing differences between national and international, domestic and cross-border payments. Even businesses not in the Eurozone are affected, if they deal regularly in euro payments within the SEPA zone; effectively all the EU and the EFTA countries.

In order to be SEPA compliant, organisations will need to change the way they initiate and receive payments that will have an impact on their business systems, bank relationships, customer and supplier documentation and even their stationery. The data integrity requirement means that businesses must convert the bank account data they currently hold in domestic or BBAN (Basic Bank Account Number) format to the corresponding IBAN (International Bank Account Number). The IBAN is key to providing the standardisation at the heart of SEPA.

Many corporates may be tempted to convert BBAN to IBAN using a simple algorithmic method, but the level of error inherent in the databases of domestic account numbers will simply be perpetuated using this approach. A thorough validation process is crucial in order to ensure that the migrated data is not only in the correct format and with relevant content, such as bank codes, but has passed an integrity check too. Thus, with properly validated data, the business’ new database has a vastly reduced error rate and so can derive value from SEPA rather than just cost.

Why should this concern us now, if the deadline is in 2014?

Successful and efficient migration takes a considerable time, and there are under 16 months to go until the mandatory February 2014 deadline for Eurozone countries (2016 for non-Eurozone countries), so businesses need to get moving quickly.

The time it takes for conversion depends on the methods used; for example, one approach is for companies to contact all payments originators (staff, suppliers etc) and check their data. Not only would this take a good deal of time and resources, but businesses we speak to estimate that it would cost between €5 and €10 for each account. Alternatively, companies can use simple conversion, and basically piece the data together to create each IBAN, but this does not resolve any data errors and will result in an estimated €6 cost per account because so many of these IBANs will lead to failed payments and, therefore, a poor customer experience. Thus, the most valuable and cost-effective way for businesses to migrate their data is to separate good data from bad via the validation solution, which should cost less than €1 per account number held in the database.

Migrating with a service partner who can manage the process will save time, make the transition smoother, and ensure that the need for inherent data integrity is met. Of course there are budget cycles to be juggled, but businesses should not put migration off as there are only limited migration resources and, as times passes, companies face joining the end of a long queue as everyone rushes to comply.

Does this issue affect regions throughout the EU?

This is pan-EU legislation, so absolutely does impact countries across the EU, although each region has individual nuances which need taking into account. Regions in the Eurozone will be most affected, across both consumer and business payments, but non-Eurozone countries will have to deal with SEPA also. There are transitional arrangements for non-EU countries until 2016, but EU free trade countries for example, like Switzerland, Lichtenstein, Finland and Norway, are expected to deal with IBANs much sooner than that.

Eurozone countries face different challenges, as each has its own legacy account data. For example, Germany has a very complex data system, with around 125 separate integrity rules on account numbers in contrast to the one modulus rule of France, Italy, Spain and Portugal. This region also faces the issue of sub-account numbers, alongside Austria, which brings an added layer of complexity that could cause further migration errors because, if payment processors do not recognise accounts for which the subaccount number has been omitted (which is natural practice in Germany), a payment could be allocated to an entirely separate IBAN and thus a different individual or department.

Other regional problems include the complex banking data structure in Italy and France where each account has four pieces of data attached to it; the issue increasingly faced in France as incoming direct debits from across borders are not authorised and so cannot be processed; and the challenge of having portable accounts and no bank codes as the Netherlands has. In this case, the Netherlands Banking Association (NVB) has worked with Experian to provide a conversion service “IBAN BIC” only for Netherlands accounts and for Netherlands customers. Our research has shown that the data which initiated the estimated 36bn Euro transactions conducted across the Eurozone last year contained errors in around one in eight cases. The ramifications these errors could cause businesses across the SEPA-zone will resonate far and wide.

The biggest challenge though, is how widely differing understandings of SEPA are across the EU. Some countries have been much more proactive towards data conversion; for example, Belgium and Finland are much closer to their migration goals than most other regions and, interestingly, dealing with payments from other countries has shown them the discrepancy and highlighted the problems with such lag.

How could SEPA impact the on-going Eurozone crisis

The SEPA initiative is a key component to strengthening the financial foundations of the Eurozone with improved and more efficient end-to-end straight-through processing of payments. The increased payments stability and eradication of error with improve payment security, increase overall efficiency and save Europe a €20 billion bill – the figure our research suggests could be faced if migration isn’t managed properly.

A fundamental problem with any business dealing with customers and suppliers in foreign fields at present is in differentiating between, and subsequently complying with, the payments format that each business’ bank requires to ensure the payment is processed correctly. SEPA will resolve this, creating a flatter and simpler payments landscape across the SEPA-zone. If payments between companies across the EU can be made more reliable, smooth, and less complex, businesses can thrive beyond their borders and avoid unnecessary costs that few can afford.

What will the payments landscape look like in the long term?

Moving on from the 2014 deadline, hopefully 2016 will see payments in Eurozone countries that are successful end-to-end, error-free, and efficient. A key benefit of SEPA is the enhanced ability it gives European businesses to consolidate and rationalise their payments processing operations and bank accounts. As banking relationships are consolidated, a move to a shared service centre or payments factory also becomes a more easily facilitated option, opening up many efficiency advantages. Therefore, both banks and businesses should be experiencing the benefits of a simpler payments system, and enjoying the knock-on effects this brings in terms of reputation, processing and finances.

In the long term, there is great opportunity in standardising payments globally; other regions can take up the ISO20022 standard, resulting in cost savings and efficiency worldwide. Other areas potentially learning from the EU’s example and taking up the spirit of SEPA standardisation by developing their own programmes would be the greatest long term hope.

What should businesses be doing to achieve compliance in time for the deadline?

Businesses should understand the timeline involved and start preparing for migration as soon as possible. Transitioning data and amending incorrect details will take time, and the work involved should not be underestimated.

Of course, validation is an ongoing process as new suppliers will need checking as they get added. Thus, having a watertight system for data checking is the obvious choice; if companies continue to keep their databases up to date then their systems won’t be sabotaged by incoming errors.