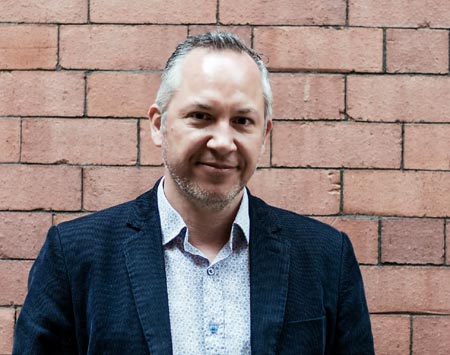 Phil Alcock, Business Development Director at PBF Solutions, examines how new entrants to the peer-to-peer lending market can differentiate themselves and build a strong foundation for future success Peer-to-peer (P2P) or marketplace lending has been catapulted into the mainstream, thanks to the Government’s approval of P2P investments for ISA inclusion as of April 6th (although the UK financial regulator has yet to fully authorise the majority of lenders), making returns tax-free.  This is a powerful endorsement for a form of lending that was unheard of just over a decade ago;  Zopa, the first company in the world to offer P2P loans, was only launched in February 2005.  Traditional ISAs have already been a massive success story, with, according to one estimate, around £57 billion a year invested, so it’s no surprise that the marketplace lending sector is growing fast, with many new entrants emerging.

Nevertheless, there are challenges ahead.  Consumers may well be interested in alternatives to traditional savings and investment vehicles, but equally, tend to be reluctant to switch their accounts to new providers.  A 2015 survey by the Financial Conduct Authority found that savers had £160billion of cash in savings accounts earning the same as or less than the 0.5% Bank of England interest rate, and over 80% of easy-access accounts have not been switched in the previous three years.

And while P2P platforms typically enjoy the business streamlining advantages that go along with being digitally-driven, it’s difficult for new or emerging lenders to build their online footprint and attract customers as the sector becomes increasingly crowded.  Indeed, formulating and executing an effective marketing strategy, and ensuring appropriate distribution and reach are probably the two key challenges facing emerging P2P lenders.

The main marketing challenge is positioning marketplace lending as a genuine alternative to traditional savings products, to a wider range of consumers.  While financial technology products like P2P are gaining traction – an EY survey from December 2015 of 10,000 ‘digitally active consumers’ found that 15.5% had used at least two, non-bank online fintech services in the last six months – there’s still some way to go before people fully grasp the P2P lending concept as an alternative investment opportunity.  Research from Yorkshire Building Society, also in 2015, showed that 82% of financial advisers believed their customers do not understand P2P lending rules.

But how do you reach that audience of ‘digitally active consumers’? The overall marketing goal for marketplace lenders is to drive online traffic to their sites, and then try to make sure that visitors convert.  The traditional approach to driving web traffic is to focus on above-the-line activity:  a mix of media buying, site takeovers, banners and ‘skins’ in certain channels.  This broad, ‘shotgun’ type strategy of running campaigns across multiple providers on multiple occasions can be effective for many organisations and sectors.

However, marketplace lenders are extremely focused on ROI and measurable results when it comes to their marketing – which means that to be competitive, they have to be focused on conversions, and not just traffic.  They need to be able to accurately model and predict the results of their full range of planned marketing activity – not just the website click-throughs that particular activities will drive.  So while the shotgun approach can make a contribution in terms of broad awareness, to be truly successful lenders need to adopt a more targeted ‘sniper’ approach to their marketing.

Perhaps the most important element of any new lender’s marketing strategy is prominent positioning on aggregator sites and publishers such as MoneySuperMarket , LoveMoney and publications that have the right demographic reach.  These are the first port of call for millions of those digital-savvy consumers that are a lenders’ key target audience – and as such, they’re the key hunting ground for new business.

Distribution and reach: wooing the aggregators

Aggregator sites don’t just offer lists of lenders;  they also rank those lenders according to various qualities.  Getting a high overall ranking on an aggregator site is perhaps one of the most persuasive marketing targets a lender can achieve, offering consumers the peace of mind of independent endorsement.  MoneySuperMarket, for example, runs its ‘Supers’ awards, whereby a team of website representatives and independent financial journalists assess which banks, building societies and lenders outperform their rivals.

This approach of working closely with aggregators and affiliates can appear daunting – there’s a large amount of information for lenders to gather and present to these prospective partners, and it has to be right-first-time if it’s to be effective – but the focus is worth it.  To help with this targeted marketing approach, lenders should partner with an organisation that has the specialist market insight, experience and capabilities to assist with each stage in the process, predict customer conversion rates, and help to develop the lender’s offerings accordingly to make them as attractive as possible to lenders and borrowers.

It’s also important that the partner shares both the risks and rewards of introducing the lender to the market – helping to ensure that the new entrant doesn’t just drive traffic to their site, but also achieves their customer conversion targets by acquiring the right type of traffic.  Ultimately, with the right alternative savings and loan products, and a highly targeted approach to marketing those products, marketplace lenders can position themselves for success in a sector that’s increasingly crowded with their peers.

UK CLOSING THE US’ LEAD IN FINTECH INVESTMENT IN PAYMENTS BUSINESSES