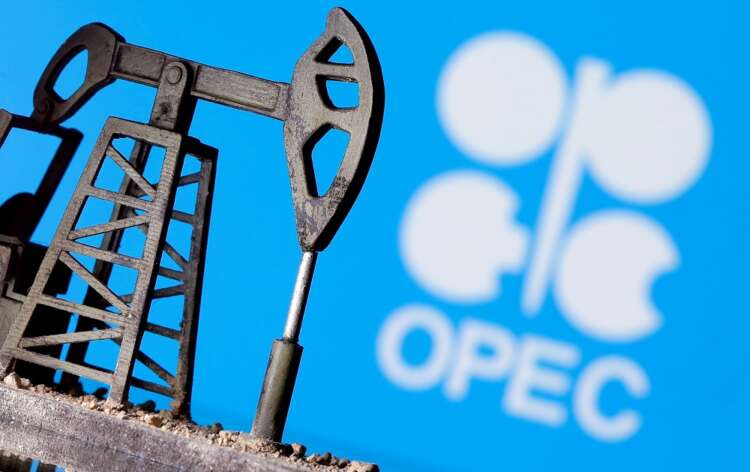 LONDON/MOSCOW (Reuters) – OPEC+ is monitoring developments around the new coronavirus variant, sources said on Friday, with some expressing concern that it may worsen the oil market outlook less than a week before a meeting to set policy.

The Organization of the Petroleum Exporting Countries and allies, known as OPEC+, is already facing a release of oil stocks led by the United States to try to cool prices. Still, a source said Russia, a key OPEC+ member, was not concerned about the virus variant yet.OPEC+ has resisted U.S. calls to do more to lower oil prices, continuing to unwind last year’s record output curbs by adding 400,000 barrels of supply per day every month since August. Next week’s meeting will discuss January’s output.

Global authorities reacted with alarm to news of the B.1.1.529 variant, with the EU, Britain and India among those announcing stricter border controls. Oil prices fell more than 9% on Friday to below $75 a barrel. [O/R]

“Not good as it adds bearishness to an already weak outlook,” said an OPEC delegate about the new variant, asking not to be identified. Another said this could be the case, although it was too early to say.

OPEC+ meets on Dec. 2 to decide output policy. Another source said the group would assess the significance of the variant for the market.

Sources have said that an OPEC panel which advises ministers and met this week sees the U.S.-led oil stocks release as increasing the supply excess that OPEC has already warned of next year.

Another OPEC delegate, while noting the slide in oil prices on Friday, said it was not yet clear how significant an impact the variant would have.

“I am very concerned,” he said. “There are many unknowns at the moment.”

Prior to Friday, OPEC+ sources said the group had not discussed pausing their planned output hike in January. Iraq said on Thursday OPEC+ should stick to its existing plan.

A source familiar with Russian thinking on Friday downplayed the variant.

“I believe that the panic on the market because of the new COVID version should calm down,” the source said. “The OPEC+ participants should…not chase after the speculators.”