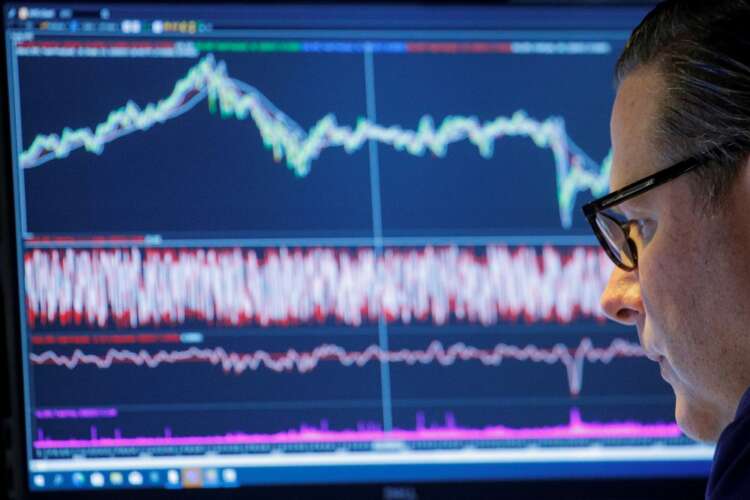 By Matt Scuffham and Dhara Ranasinghe

NEW YORK/LONDON (Reuters) – A semblance of calm returned to world markets on Monday as investors waited for more details to assess the severity of the Omicron coronavirus variant on the world economy, allowing battered stocks and oil prices to rebound.

News of the variant triggered alarm and a sell-off on Friday that wiped roughly $2 trillion off the value of global stocks, as countries slapped on new restrictions for fear the variant could resist vaccinations and upend a nascent economic re-opening after a two-year global pandemic.

Omicron has now been found as far afield as Canada and Australia. The World Health Organisation said on Monday the heavily mutated variant poses a very high risk of infection surges.

Still, investors drew comfort from signs that its impact may not be as grave as feared. In Southern Africa, where the new strain was detected last week, a top infectious disease expert said existing COVID-19 vaccines are probably effective at preventing severe disease and hospitalisation.

Though experts said it was too early to say for certain how severe the illness caused by the variant will be, a South African doctor who was one of the first to suspect a new strain said on Sunday patients so far appeared to have mild symptoms.

“We’re all still reaching around in the dark and will need more data, but things do seem a bit more hopeful than they were on Friday,” said BlueBay Asset Management CIO Mark Dowding. 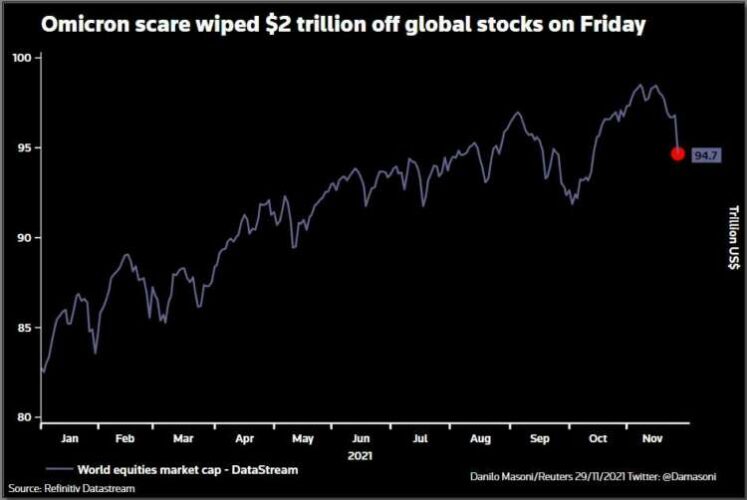 MSCI’s broadest index of Asia-Pacific shares outside Japan eased 0.4%, but found support ahead of its 2021 low. Japan’s blue-chip Nikkei fell 1.6% as the country moved to bar foreigners to head off the Omicron strain.

Oil prices, having plunged more than 10% on Friday in their biggest one-day drop since April 2020, rallied more than 5%.

Speculation that oil producing group OPEC and its allies, known as OPEC+, may pause an output increase in response to the spread of Omicron aided the oil price rebound. 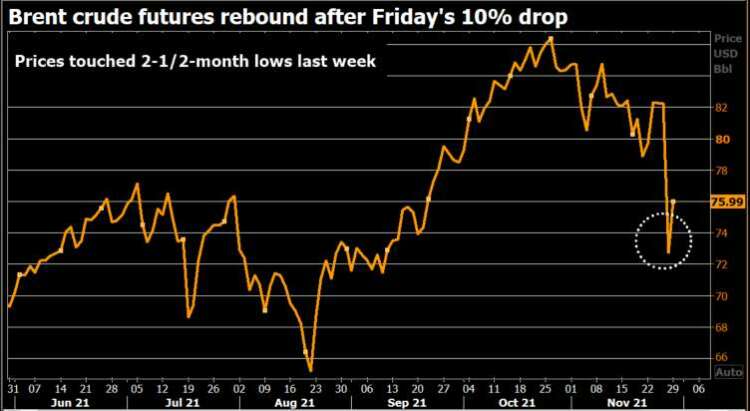 European Central Bank policymakers sought to reassure investors rattled by the new variant, arguing that the euro zone’s economy had learned to cope with successive waves of the pandemic.

This encouraged a move out of safe-haven bond markets, which had rallied on Friday as investors priced in the risk of a slower start to rate hikes by the U.S. Federal Reserve, and less tightening by some other central banks.

European sovereign bond yields rose, with latest inflation numbers highlighting the challenges ahead for the ECB.

German inflation is set to surpass the 5% threshold in November for the first time in nearly three decades, regional data from several states suggested on Monday.

AgnÃ¨s Belaisch, chief strategist Europe at Barings Investment Institute, said that as Fed hikes get priced out and the dollar weakens, currencies such as the euro and yen should benefit.

“Safe assets will keep a bid and duration will be a good place to position again,” she said. “Careful investors would want to take some profit in equities after a good run – the reopening trade will come back later, hopefully with revenge.”