NEW SURVEY FROM AMERICAN EXPRESS REVEALS POWER OF TECHNOLOGY, AS 76% OF UK CFOs PLAN TO INCREASE INVESTMENT IN 2014 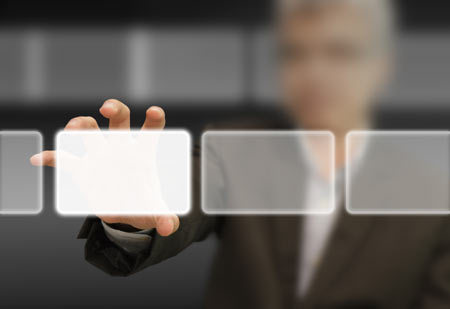 The improving economy heralds a heartening year for UK investment in IT, according to a new survey from American Express Company (NYSE:AXP) and CFO Research, Supporting Growth with New Technologies. Results of the survey show that more than three quarters (76%) of those surveyed plan to increase investments in technology in 2014, with 41% of CFOs planning to increase their spending on IT by 10% or more in 2014.

The research also revealed that the CFOs’ determination to leverage data to generate value showed no signs of abating; some 92% of CFOs agreed with the premise that their organisations would need to extract much greater value from financial and operating data over the next twelve months.

The findings of the research, conducted among senior finance executives, indicate that the importance of proper investment in technology is widely recognised as a key contributor to company growth plans among UK finance leaders. Nearly half (48%) plan to deploy technology to cut costs, while almost all of the remaining (48%) group will rely on data insights from technology to improve analytical effectiveness.

However, while the vast majority agree on the need to invest more into technology in the year ahead, the findings also show that there’s no defined strategy in place for this investment, with leaders still grappling with how best to capitalise on new technologies such as mobile, cloud technology and enterprise-wise initiatives such as big data.

A call for strategy on mobile

The top three goals cited for mobile improvements are:

Similarly, while the importance of big data is recognised, business leaders are struggling to clarify their strategy on how best to capitalise on the benefits it can bring, and in deciding how much of a role it should play in their technical infrastructure.

57% of senior finance executives questioned said that they will seek to gain a competitive advantage by mastering big data analytics in 2014. However, only 24% are confident in big data as a primary form of data analysis for their organisation, with 41% of respondents believing that for now it should supplement their existing core data analysis capabilities. Interestingly, in a significant number of cases, there is enough confidence inside businesses to be able to deal with this data without specialist help: 37% are planning to increase their spending on big data by developing in-house capabilities to work with the technology while 26% will be partnering with an outside company to do so.

Executives show a more subdued appetite for cloud technology, with just over one in five (22%) selecting this as a top three priority for implementation in 2014, citing security concerns as a main barrier to adoption. Despite this, change is clearly on the horizon, as over half (52%) of CFOs believe that data-security concerns are unlikely to pose a barrier to adoption in five years time.

Commenting on the findings, Brendan Walsh, Senior Vice President and General Manager, American Express Global Corporate Payments, Europe, “Data and how it’s managed is of critical importance to the UK’S CFOs who clearly recognise the power of data to drive value for their organisations. Whilst there’s a definite appetite for new technologies, and the benefits that they can bring to a company’s profitability, the challenge for financial decision-makers now is to develop a clear strategy to implementing new technologies to generate further insights and efficiencies.”

About the Survey
CFO Research Services surveyed 154 senior finance executives based in the U.S. (100 responses) and in the U.K. (54 responses). Respondents represent companies from a wide range of industries. Company revenues ranged from less than $100 million to more than $500 million in annual revenue. The research programme, which included an online survey and interviews with senior financial executives, was completed in September 2013.

New survey from american express reveals power of technology, as 76% of uk cfos plan to increase investment in 2014

THE PATHWAY TO CHANGE TRANSFORMATION STARTS WITH INNOVATION