IoT outperforms stock market amid global slowdown. However, ‘only’ a 0.01% loss is nothing to write home about 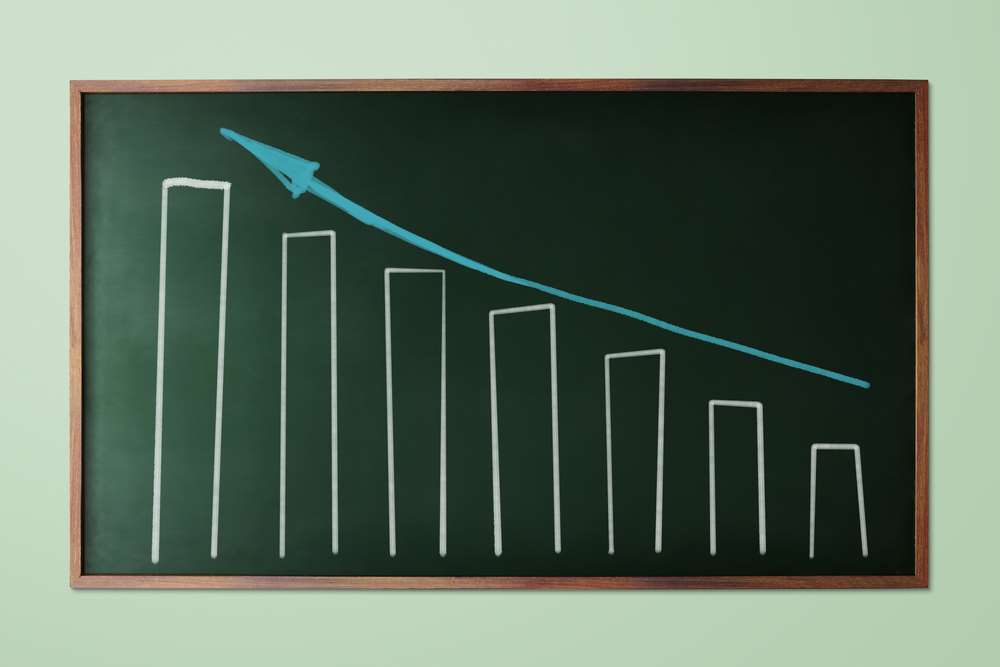 Systemic problems in showcasing the value of the IoT has led to many of its most important companies struggling to persuade both prospective customers and the investment community that they have their heads screwed on properly. Combine this with wider macroeconomic problems, fueled by geopolitics, and the stock-market view of the IoT has not been good in the past year.

Looking back on a full year in the IoT has proven to be quite illuminating, although others might describe it as depressing – we seem to be right back where we started. In terms of raw dollars (the numbers, rather than trying to convert all the different currencies and accounting for exchange-rate fluctuations), the top 50 IoT stocks (the Riot 50) are now worth 99.99% of what they were when we first began logging (down 0.01%), in May of 2018. The four indexes that we tracked for comparison are now worth 97.55% (down 2.45%) of what they collectively were a year ago. 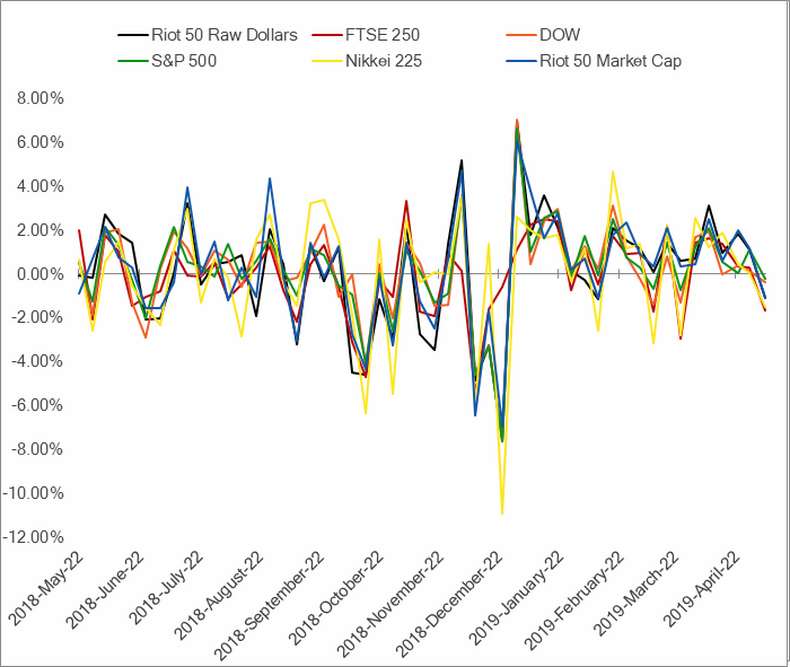 We often say that the IoT is not a market, but rather a trend that affects all markets. It is evolutionary, not revolutionary, and it is something that will, in time, enter every system, process, and product. To this end, it is something that, when viewed at macro-scale, moves at a glacial pace, like a lava flow that slowly absorbs everything in its path.

Internet connectivity will come to everything in time, whether it is a direct connection on a high-value thing (where it is worth connecting it as part of the business model), or whether it is an indirect connection (like a printed label or barcode that creates a digital representation of this thing in a cloud application, or a sensor in proximity that allows this thing to be considered as part of an IoT application).

But the glacial pace of inevitable change apparently translates into the stock market performance of the Riot 50 – that is, things have barely changed. The Riot 50 has outgrown some of the most prominent stock indexes, but really, it has managed to shrink by less than them. The whole stock market has been rocked by the ongoing China-US tariff disputes, which some believe are tit-for-tat and others believe could trigger a global recession. In that sort of climate, stock markets don’t prosper.

For the startups looking for new investments, our M&A database illustrates that IoT-related multiples are much lower than historic examples of technology acquisitions. We see some as low as 2-3x revenue, and while the mega-deals make it look like that market is still healthy, we believe this is the beginning of a very difficult few years for startups which have not yet found their niche.

Investors are still wary of hardware, preferring software, and there have been plenty of burnt fingers inside larger companies that tried to scale a promising proof of concept into a commercial trial. On the one hand, we live in an age where any garage hobbyist can create a device that interfaces with bleeding-edge cloud platforms, but simultaneously, getting this new device adopted within an enterprise still faces innumerable hurdles – something we tend to term ‘corporate inertia.’

And so, when we first envisioned the Riot 50 project, we thought it would clearly demonstrate that these companies, who are ahead of the pack when it comes to adopting or selling IoT products and services, were outperforming the market because of the IoT.

Instead, as you will have inferred, we see that these companies are collectively ahead, but only because the rest of market has regressed in the past year. Now, that might be a clear sign of success for some, but it is disappointing from the IoT Evangelist point of view.

Perhaps the next year might demonstrate the validity of our thesis, that companies who embrace the IoT are going to move ahead of the wider market that has not yet done so, but these past 12 months have emphatically shown that this is not the case Nonetheless, the data collected through the weeks can be used in research projects, and we are interested in hearing from readers about how they would use the data here.

This report is a part of our series of the top 50 IoT stocks which we call the Riot 50. The Riot 50 is a tracker that is designed to keep tabs on both the reported results and the stock market perception of 50 of the most important companies in the IoT, intended to provide a view of how the wider IoT market is performing amid the stick market as a whole. As this is still a nascent market, the number of startups kicking about make getting such a view quite tricky, and so we hope the Riot 50 helps illuminate this market.

This document is intended to accompany the spreadsheet, which is the main resource. The following chapters are commentary on the data in their namesake tabs within the spreadsheet. The data is collected via a Google Finance API, which has a few quirks that we have had to iron out.