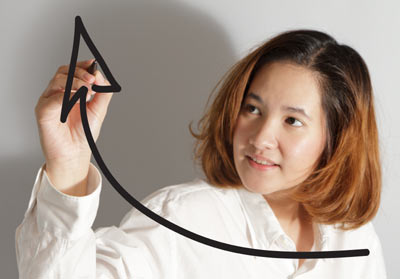 Over the last year sentiment among private investors has been strongest towards UK asset classes, with shares and property climbing the highest in the first year of the Lloyds Bank Private Banking Investor Sentiment Index, which was released on 12th March 2014.

Sentiment towards gold for the period has more than halved, down 20 points, despite a rise in sentiment of eight-points since January, perhaps on account of gold’s perceived ‘safe haven’ status.

Commenting on the latest Investor Sentiment Index, Ashish Misra, Head of Investment Policy at Lloyds Bank Private Banking, said: “The rise in shares versus the drop in gold over the past year is very interesting. It signals that investors are actively seeking better performing – but riskier – assets. This shows a strong level of confidence in their choices. The spikes in sentiment in the wake of policy decisions such as the US Federal Reserve postponing QE tapering of its asset purchase programme in September 2013, goes to show how the average private investor is becoming more sophisticated and knowledgeable. With this in mind, it will be interesting to see how the current crisis in Ukraine will affect investors’ sentiment towards Eurozone shares.

“This relative movement in net investor sentiment resonates well with our pro-equity, pro-risk strategy positioning that has delivered a good performance for our clients through 2013.”

Sentiment towards Eurozone shares is still the lowest of all asset classes at -14% (Japanese shares at -2% is the second lowest); however, the sentiment swing of 22 points from March 2013 to March 2014 makes this asset class the third best performer in terms of absolute shifts in positive percentage increase. Added, the net investor sentiment change for Eurozone shares makes it the strongest relative mover of all assets this month (up 9 points), compared to commodities (up 5 points) and Emerging Market shares (up 4 points).

Net sentiment among investors towards Eurozone shares was the highest climber, up 9 points on last month. However, this is still the lowest asset class in the index at -14%.

Investor sentiment towards UK equities increased to 42% this month, up 2 points from February, with 51% of respondents holding a positive view and 9% holding a negative one.

Sentiment towards Emerging Market shares saw a rise of 4 points to 18% this month, turning around a 5 point drop in February, which was possibly a reflection of worries about Argentina and China. Japanese equities, which saw their sharpest drop in net sentiment in the survey’s history last month, fell slightly more (by 5 points) to -2%.

FIGURES HAVE BEEN ROUNDED TO THE NEAREST DECIMAL PLACE

GLOBAL ECONOMIC NEWS: WILL CHINESE ECONOMY OVERTAKE THE US ECONOMY IN THE NEXT FEW YEARS?