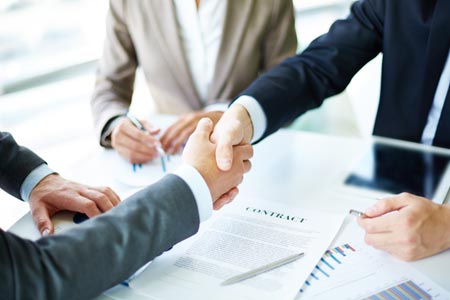 The 2016 Canning House Lecture – a key event for UK-Latin American trade relations – was delivered by H.E Michelle Bachelet, President of Chile. The event, sponsored by Santander, highlighted the investment opportunities in one of the most economically prosperous nations in Latin America. Santander’s Head of Latin America Desk, Mauricio Munguia, explains.

For international firms thinking about investing in Latin America, there are excellent reasons to start with Chile. With the highest level of GDP per capita in the region, a steady growth rate, a commitment to democratic values and robust political and legal safeguards, the country is undoubtedly an appealing destination for investment.

Of course, Chile’s investment prospects have not gone unnoticed. A recent report by the United Nations Conference on Trade and Development (UNCTAD) places Chile as the world’s eleventh largest recipient of foreign direct investment (FDI) with inflows increasing by 38% from 2014.

Certainly, investors have benefited from Chile’s strong legislation and guarantees – for instance its protection on copyrights – as well as from its network of free trade agreements with 62 countries.

What’s more, investment is further boosted by the enriched line of products, services and expertise offered by a range of international banks, such as Santander, who are well-positioned to facilitate local and international investment in Chile.

Indeed,stable macroeconomic conditions, a host of natural resources and a high position? across global rankings has facilitated growth and expansion across a number of key sectors and industries:

Although the price of copper has steadily declined over the past few years – like nearly all industrial commodities –copper mining still accounts for 20% of Chile’s GDP and 60% of its exports.With plans to invest over US$70 billion by 2023, in order to improve efficiency and boost productivity, not only will mining will continue to be a huge contributor to economic development,but also offer investment significant opportunities. What’s more, the government has created an attractive policy environment – this includes clear licensing policies and an efficient permitting process. Meanwhile, the opportunities for city infrastructure investment also look promising. Over the next two years, the Chilean government aims to tender 10 initiatives – worth approximately US$4.8 billion – across a range of public infrastructure sectors. One such project is the design, construction and operation of the Costanera Central Highway (US$1.0 billion) which will be developed and funded through the public-private partnership (PPP) model.

With a fall in poverty rates, a rise in GDP per capita and an expanding middle-class, Chile possesses a rapidly growing services sector. In fact, Santander estimates that both the industrial and service sectors combined contribute to more than 96% of the country’s GDP. With millions of Chileans working their way up the income ladder, the demand for consumer goods and credit and finance is set to grow.

While there is little doubt that Chile presents many opportunities offering strong financial returns, there are always challenges that come with investing overseas. Despite the Chilean economy being considered among the most competitive and transparent in Latin America, investors may nonetheless struggle to navigate a complex bureaucratic and legal environment.

Earlier this year, the Chilean government introduced a new statute entitled “The New Foreign Investment Act” replacing the Decree Law 600 (DL600), the mechanism for the entry of capital into the country. The new framework provides a number of guarantees and rights to investors including access to the foreign exchange market and prohibition of arbitrary discrimination.

As Chile is particularly keen on attracting FDI into both its mining and industrial sectors; the government also offers attractive tax incentives. For example, subject to approval by the Foreign Investment Committee, foreign investors have the option of “locking in” to an invariable tax rate for a maximum period of 20 years.

Given the complexities of Chile’s tax system, it is essential investors have the necessary guidance and expertise and are able to strategically plan ahead. Key to this is finding the right partner. Indeed, banks such as Santander, as well as organisations and governmental departments and bodies, such as Department for International Trade (DIT), are able to offer advice and expertise.

As one of Latin America’s most dynamic economies, Chile presents an attractive, stable and competitive business climate. Indeed, these sentiments were also echoed by President Bachelet in her Canning Lecture address during which she proclaimed Chile “open for business”.

SIX REASONS TO FOCUS ON THE EMERGING MARKETS, AND HOW SPECIALIST FINANCIERS MIGHT BE THE RIGHT PARTNER TO TAKE YOU THERE