SIX REASONS TO FOCUS ON THE EMERGING MARKETS, AND HOW SPECIALIST FINANCIERS MIGHT BE THE RIGHT PARTNER TO TAKE YOU THERE 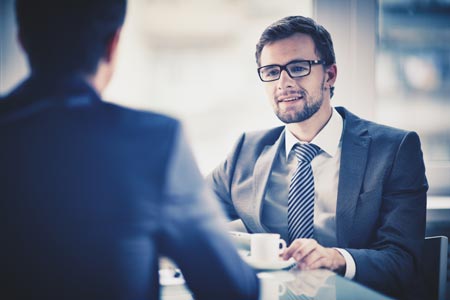 Preferring the convenience and familiarity of similar markets, UK businesses have become increasingly reliant on trade with other developed regions –the EU is the UK’s largest trading partner. However, given the outcome of the EU referendum, UK companies might have to start looking further afield. Emma Clark, Head of Business Development, UK and Europe at Falcon Group, gives six reasons why UK businesses should look toward emerging markets and specialist financiers to achieve their goals Historically, the UK was a country that set its sights far and wide. UK companies of today, however, are more comfortable a little closer to home – having achieved growth by primarily trading with other developed markets, and in particular the EU. In fact, 44% of the UK’s exports went to other EU countries – totalling £220 billion, according to fact checking group, Full Fact. However, with continuous growth of emerging markets – and more recently a referendum vote for Brexit, which will prompt a divorce from its largest trading partner – UK companies would be remiss to overlook the opportunities presented in regions further ashore.

And specialist financiers might be the right partner to take them there. Here is why.

Global economic might has largely shifted to the emerging markets over the past five to ten years. Not long ago the US, the EU, and Japan accounted for 70% of global GDP. Today, they only account for 30% – thanks to an emerging market trade boom.  Between 2004 and 2014, emerging market’s share of global GDP rose from 46% to 57%, according to the IMF.

Indeed, governments and private sector players alike are building up infrastructure in emerging regions – from airports and roads to water and real estate – which is enabling businesses to grow and easing the work for international businesses keen to set-up shop.

There is, of course, room for developed market companies to manoeuvre in and take advantage of the smorgasbord of opportunities the emerging markets present.

Of course, expanding middle classes among some of the largest populations in the world, means large consumer bases – offering a healthy appetite for all types of products and services. Indeed, emerging market spending is expected to increase to US$20 trillion globally by 2020, from US$6.9 trillion in 2010, according to McKinsey & Company.

Add to this the fact that “Brand Britain” is largely sought after in markets in Asia and the Middle East and UK companies have huge untapped markets ripe for exploration.

Even companies that have tried and failed to expand to the emerging markets in the past, will find that it is now easier than ever to conduct business in these regions.

Many organisations and governmental entities are going one step further to open the doors to neighbouring countries by promoting regional integration through shared policies and infrastructure projects. Regional integration not only allows access to surrounding markets, but also creates easier access to vital resources and transportation – lowering the cost of conducting business.

By making the leap into one emerging market region, companies often find themselves with an open door into neighbouring markets.

Global banks are retreating from the emerging markets, and withdrawing their funding. While, at a first glance, this might conjure-up doom and gloom to hungry businesses aspiring to branch out to the emerging markets, it has actually resulted in a safer, more diverse, financial landscape.

As banks move away from trade finance, however, specialist financiers, such as Falcon Group, are stepping in. Specialist financiers are freer from regulation, due to the fact that they do not take deposits, and can therefore provide flexible and bespoke financing to corporates and projects beyond the reach of the banks.

Of course, simply because banks have moved away from trade finance, doesn’t mean they have disappeared entirely. Specialist financiers and global banks are collaborating, rather than competing, so that companies may access solutions that have the balance sheets of global banks as well as the customisation of specialist financiers. As such, not only does the financial landscape offer a wider range of players – making it more diversified and thus secure – but they are even working together to ensure that the solutions available to corporates are sophisticated and comprehensive.

One of the key reasons UK companies export to developed regions is that they’re sometimes similar and often familiar. Expanding into an unfamiliar market is daunting for a reason – starting from scratch with few connections and an incomplete understanding of the regulatory backdrop, cultural sensitivities, or business environment can be challenging.

Of course, with the right support, companies aren’t starting from scratch. Specialist financing might be relatively new to the developed markets, but it is well-established across many emerging markets – having had to step in for retreating banks long before the global financial crisis.

As such, they provide a high level of local knowledge and wide networks. Falcon, for instance, operates across the Middle East, Asia-Pacific, and the Americas, as well as the UK, Europe, Australia and New Zealand.

Furthermore, specialist financiers are known for developing close relationships with their clients and providing a high rate of customer service – ensuring clients receive everything they need.

With the incentives and means clear, UK businesses would do themselves a favour by looking towards emerging markets.

MANY INVESTORS ARE UNEASY, BUT THEY CAN STILL GROW WEALTH WITH THESE TWO RULES