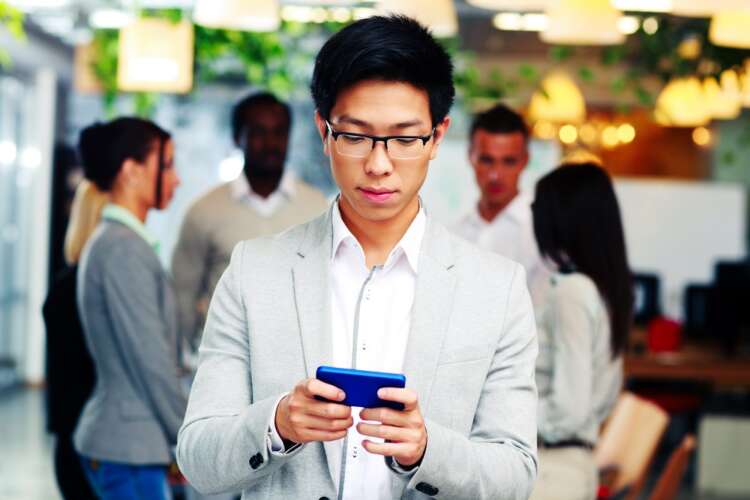 The two core ingredients of successful trading are knowledge and timing. The better informed you are, the better your ability to make smart investments before the market catches up. So, what happens when the way information disseminates goes through a paradigm shift?

Welcome to trading in the age of social media.

You don’t have to look further than this year’s explosive Gamestop saga to see the impact these platforms can have.

In many respects, social media is beneficial to traders. It’s a fantastic tool to get very fast information and can provide a level of education that wasn’t previously available. In that way, it’s opened trading to lots of people, which can only be a good thing.

However, the fracturing of information comes with complications. Whether new to a particular channel or new to trading altogether, there’s a risk of falling into the traps of social media. The problem now is to make sure people are tapping into these platforms in the right way, for which there are three key things to bear in mind.

Tip one: Find out how to make use of sources

Where once people could rely on newspapers or company reports for trading information, people now have the endless expanse of the internet to consider. News and advice are available on YouTube, TikTok, and Twitter while tips circulate via groups on Whatsapp and Reddit. With so much information coming from so many sources, it can be difficult to know where to look, who to trust and what to act on – especially for those new to trading. Harder still to do so quickly.

No trader should rely on traditional publications exclusively. The world has moved on. However, nor should they depend exclusively on social media and make trades based on a single Tweet. Traders must gather information from a range of sources and work out which ones are best for what.

On top of using a variety of sources, it’s vital to keep an eye on things like international politics, natural disasters, or social trends. Having that wider perspective can really help predict potential risks and opportunities that aren’t yet on TikTok.

Tip two: Take everything with a pinch of salt

These days news often breaks on social media ahead of most publications. While good for spreading information, that can include fake news. Inaccurate stories and rumours can spread like wildfire.

Social media platforms are not beholden to the same rules as traditional media outlets and posts are not vetted. A few weeks ago, news circulated that Walmart would start accepting Litecoin. Analysts jumped on the story and LiteCoin’s price shot up only for it to be disregarded as a fake press release.

Beyond fake news, anyone can start up a channel and post trading advice, for which there’s plenty of demand. The pandemic has seen a sudden rise in the popularity of financial influencers who post tips on the likes of TikTok. However, the ungoverned nature of social media means there’s no shortage of unscrupulous people out there providing false information and selling get rich quick schemes.

Traders must question the credibility of information and cross-reference news or tips carefully (using those other sources). Granted, you can’t be totally risk averse. Fact checking everything would be too time consuming and you’ll miss the opportunity for profit. There’s a balance to be struck, for which the key is to not be too reactive. Have a strategy in place and stick to it as best you can.

Social media has also made markets harder to predict. The rules that have long governed trading no longer apply in the same way. Investors flock to so called meme stocks – whereby social media hype inflates the price of an asset for the wrong reasons. While some of these are coordinated attacks against hedge funds, it shows how social media contributes to inflating the price of popular stocks and ETFs.

Just look at how Elon Musk can send the price of DogeCoin soaring or sinking with a single tweet. Even the most experienced of traders can’t predict these movements, which has led some banks to develop technology for scraping and analysing social media to gain insight into where market sentiment – and therefore money – is heading.

This hype makes it easy for retail traders to get sucked into a bad trade. But if you’re hearing about an ETF that has performed very well, you might have already missed the boat. Best to err on the side of caution. Most importantly though, people must take an independent viewpoint and scrutinise the details to weigh up whether there’s a reliable opportunity for profit.

Giving you an edge

Many traders are still finding their feet in this ever-evolving situation, but social media is only likely to become more influential. TikTok was downloaded 850 million times in 2020. Some may be cautious about starting to use these platforms while some may see it as unnecessary altogether, which is not the case.

A combination of improved trading infrastructure and social media is narrowing the window in which a successful trade can be made. Markets are also predominantly driven by algorithms, making it harder to beat the market. Brokers hold a responsibility to educate their clients to ensure they are in a position to succeed. Many brokers do have tools in place to protect and guide traders, particularly through the early days of trading, such as demo accounts and stop losses. But there’s only so much they can do.

That’s why traders must familiarise themselves with these new sources and learn how to use them to their advantage. The value of having the right information at the right time cannot be overstated.