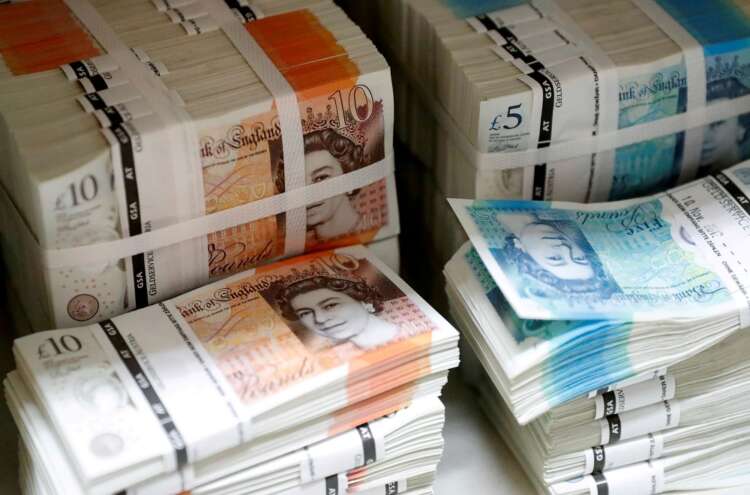 LONDON (Reuters) – Sterling briefly weakened below $1.33 on Friday for the first time since December 2020 as a new COVID-19 variant described as the most concerning yet hit sentiment in global markets.

The pound later recovered back above $1.33 but was down 0.8% against the euro.

“London is naturally highly exposed to new strains (of the coronavirus) given its high volume of travellers, and markets will be on the lookout in the coming days for any evidence the new variant has already reached the UK, with obvious downside risks for the pound,” said ING analysts.

Concerns it might be harder to combat the new variant found in southern Africa with vaccines also prompted investors to scale back their expectations for a Bank of England (BoE) interest rate rise in December, adding to downward pressure on the pound.

Sterling has been falling in recent weeks – in October it traded above $1.38 – sent lower first by disappointment the BoE did not raise rates this month and more recently by worries over slowing economic momentum and growing expectations of tighter monetary policy in the United States, which has boosted the dollar. 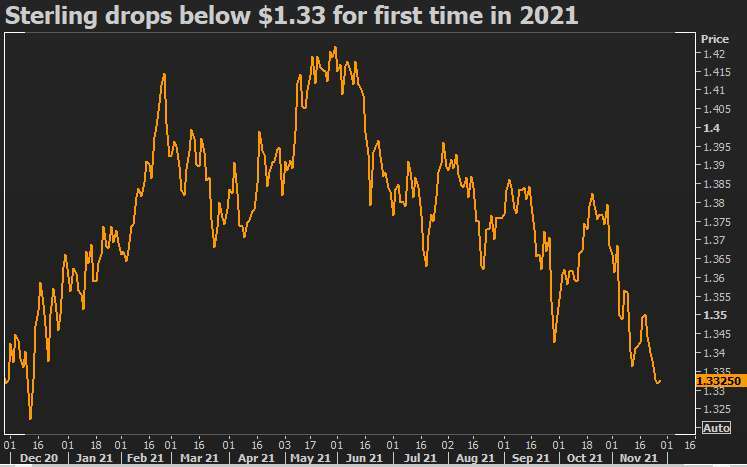 Stocks fell sharply across the globe as news of the new variant shattered investor confidence. Riskier currencies such as those in emerging markets or linked to commodity prices fell hard. Sterling while lower remained relatively resilient.

BoE Governor Andrew Bailey said on Thursday central banks took risks when they sought to provide guidance on what is likely to happen with rates – an apparent pushback on his predecessor’s preference for forward guidance.

Bailey was accused by some investors of sending a wrong signal about the likelihood of a BoE rate hike earlier this month.