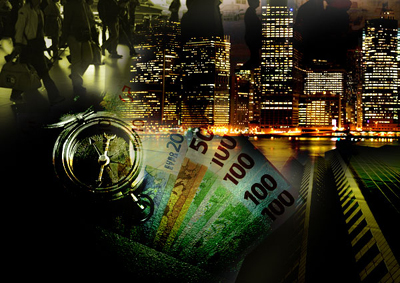 The International Chamber of Commerce (ICC) has released the Global Survey 2014: Rethinking Trade and Finance, its largest and most comprehensive Global Survey to date – including data from 298 banks across 127 countries. The Survey concludes that the growth rate of international trade has dropped drastically when compared to the years prior to the global financial crisis

Global trade growth was a shade above 3% during 2013, although picked up to an annualized growth rate of 4% during the first quarter of 2014 and is anticipated to accelerate beyond 5% through 2016.

“We are cautiously optimistic, with a realization that this optimism is framed within a fragile international trade environment,” said Vincent O’Brien, Member of the ICC Banking Commission Executive Committee. “The fragility is magnified by unpredictable political developments on the fringes of Europe, the Middle East, South East Asia and other part of the emerging world.”

Further encouragement came from the survey with 68% of respondents reporting positively that the availability of trade finance increased by value compared to the previous year   However, In terms of the “trade finance gaps”, 41% of respondents reported that they perceive a shortfall of trade finance globally. According to O’Brien: “This gap remains a major challenge, especially for SMEs as without access to trade finance, now widely acknowledged as an engine of growth, SMEs will not be able to contribute substantially towards economic recovery and development.”

Know Your Customer (KYC) and Anti-Money Laundering (AML) regulations caused 68% of respondents to decline transactions, and nearly a third (31%) to close down correspondent account relationships. Indeed, 41.03% of respondents reported that complying with sanctions restricted trade finance operations in 2013 to a greater extent than in previous years. Certainly, such compliance is expensive, with the ICC Global Survey citing the cost of compliance for one counterparty as high as US$75,000.

The ICC Global Survey also highlighted that G20 countries accounted for three quarters of the trade restrictive measures imposed since 2008, with WTO figures showing that these countries introduced 193 new trade restrictive measures between December 2012 and November 2013. Such restrictions – many of which are protectionist and therefore trade distorting – have stalled the agenda to open up world trade.

Basel III regulations having an impact on bank liquidity

One key finding of the Global Survey is that South-South exports now represent 46% of global exports. Also, 40% of respondents identified Asia as the primary focus for trade. Even with trade slowing in the emerging markets, their significance within the global economy is increasing as new trade corridors are opening up. Yet it is these markets that most keenly feel the pinch on trade financing availability. Through aiding senior executives and world leaders in formulating policy, the Global Survey could prompt changes that would close the trade finance gap as well as increase productivity and competitiveness in trade, and thus create jobs.

“The ICC Global Surveys provide meaningful statistical data to stakeholders and policy-makers, and over the past six years ICC Banking Commission has played a key role in influencing regulatory reform,” says Kah Chye Tan, Chair of the ICC Banking Commission. “This study has reached a higher level of participation than ever before, and its broad geographical reach enhances the richness of the data collected. As such, we trust that the impact of the results on trade finance regulation, and the subsequent change it triggers, will be the most significant to date.”

Indeed, one important benefit of the financial crisis is the spirit of partnership that has evolved between trade and trade finance stakeholders – something very evident since the commencement of the ICC Global Trade Finance Surveys.