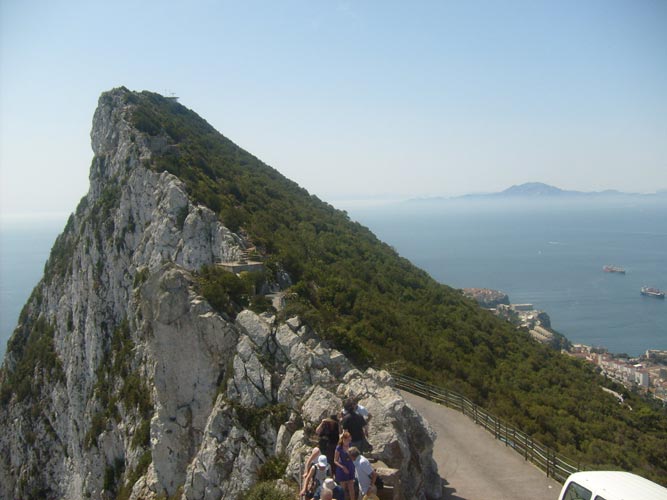 Gibraltar’s Association of Pension Fund Administrators (GAPFA) is capitalising on its new found position of becoming a leading domicile for expatriates’ overseas pensions by holding a specialist seminar and workshop later this month that will promote a mandatory Code of Conduct for handling QROPS.

The move is a precursor to a fresh drive by finance centre professionals to bring new QROPS (Qualifying Recognised Overseas Pension Schemes) business to the jurisdiction.

It comes after the Gibraltar Government announced a new law will be introduced shortly that, amongst other things, will tax at 2.5% distributions from imported pensions, which meet strict new rules introduced by HMRC in April.

As GAPFA chairman, Steven Knight pointed out: “Gibraltar is not only filling the void left by HMRC’s delisting of international pension schemes in some other jurisdictions, The Rock’s new tax law facilitates QROPS in helping to ensure worldwide adherence to the high standards for retirement provision that the UK requires.
In a statement to Global Banking & Finance Review, he said Gibraltar’s insistence on transfers out only being possible to territories having rules as compliant as its own, provides the powerful reassurance on safety and security that investors seek.

The Seminar, “QROPS – care, compliance & certainty”, will be opened on 27 June by Gibraltar Finance Minister, Gilbert Licudi, and will explore the way forward with QROPS and other pension fund developments.

As a statement of intent, a draft Code of Conduct for QROPS, which all members will be required to sign as a condition of continued membership, is being developed by GAPFA in time for the seminar aimed at all QROPS business professionals.

GAPFA aims to establish a best practice code for the handling of all imported pension schemes, which will help ensure Gibraltar is regarded as a safe and secure home for QROPS that are fully compliant with UK Inland Revenue requirements, said Knight, who is chairman of pensions management specialist Castle Trust Group.
Marcus Killick, the Financial Services Commission (FSC) chief executive officer, is to make a keynote presentation at the June seminar and the FSC is likely to expect anyone who handles QROPS business in the territory to adopt this best practice approach.

“This will help ensure for example, that complex financial arrangements, where money from one jurisdiction is funneled into another, and then placed in a third, meets the requirements of the originating jurisdiction for operation of pension funds.

“In other words, there will need to be a transparent origin of finance and a transaction trail to avoid any inappropriate pitfalls,” Knight revealed.

“In any event, it is usual for a retirement annuity trust to be set up as part of the QROPS process, and this will involve trust and company managers, who are fully regulated by the FSC to at least EU standards, if not greater, which is positive reassurance for pension holders and their advisors,” he declared.

Gibraltar’s change in law does not affect Gibraltar pension funds, but in addition to a nominal 2.5% tax on distributions,rules covering imported pension funds will limit the so-called tax-free lump sum element to a maximum of 30%, and the taking of a pension to those over 55 years old.

Previously, there has been widespread confusion and uncertainty over the requirements for a compliant QROPS to the extent that even some very large and well-connected IFAs were wary of suggesting this solution for clients’ pension funds.

However, GAPFA chairman, Knight, declared: “There is no reason now for holding back.  We have the operational capacity and pensions experience to handle this new business opportunity”, he asserted.

Only those firms focused on management of QROPS business with relevant experience will be invited to adopt the Code of Conduct.

“We will be underlining the fact that moving a pension fund to Gibraltar, not only meets HMRC’s requirements, but ensures that the process is sufficiently robust as to provide certainty that this is a safe and protected jurisdiction for QROPS into the future.”

Since the removal last month of more than 400 QROPS – in Guernsey, Jersey and the Isle of Man as well as others in New Zealand – from the latest HMRC list of ‘approved’ funds, there has been “strong interest shown by major trust companies to negotiate joint business arrangements for QROPS with Gibraltar firms and to combine networks of contacts”, Knight maintained.

“That’s a win-win situation for those businesses and Gibraltar,” he emphasised.

It had taken three years to reach a position whereby everyone concerned – the Gibraltar Government, HMRC and the financial services practitioners –  “are fully satisfied that the environment in which pension transfers are accepted here is not only compliant, but the best that can be achieved at this time”, Knight explained.

He added: “It’s been hard, but time well spent.The new government in Gibraltar this year ensured that the matter was speedily resolved to meet UK requirements”, Knight observed.

It can be expected thatthere will be on-going liaison with HMRC to ensure that Gibraltar remains ahead of the game with any future changes that may be contemplated by the UK with regard to the standards surrounding QROPS.

GAPFA secretary, Chris White, is Tax team leader & partner in Gibraltar law firm Hassans, and has previously advised the Gibraltar Government on changes to its tax system, playing a major part in drafting of legislation. He is singularly well-placed to present on tax matters, having previously worked for the UK Inland Revenue and having run the Gibraltar Tax Office for three years.

The seminar will also feature at least one case study covering how to manage transfers of pensions from another jurisdiction, presented by private bankers, Lombard, Odier&Cie (Gibraltar).

“As the newest jurisdiction to receive HMRC seal of approval for how we treat QROPS business, we are at the top of the game – and we intend to remain in that position”, Knight concluded.

“The new law in Gibraltar has been introduced specifically to clarify beyond any doubt the position on overseas pensions re domiciled here, having regard to the new rules introduced by HMRC for QROPS, which first and foremost are intended to provide a pension income into the future”, explained Knight.
-ends-

What Is The One Secret That Has Allowed FTM to Win The Coveted Global Banking & Finance Review Award for Best Fixed Income Fund Offshore 2012?