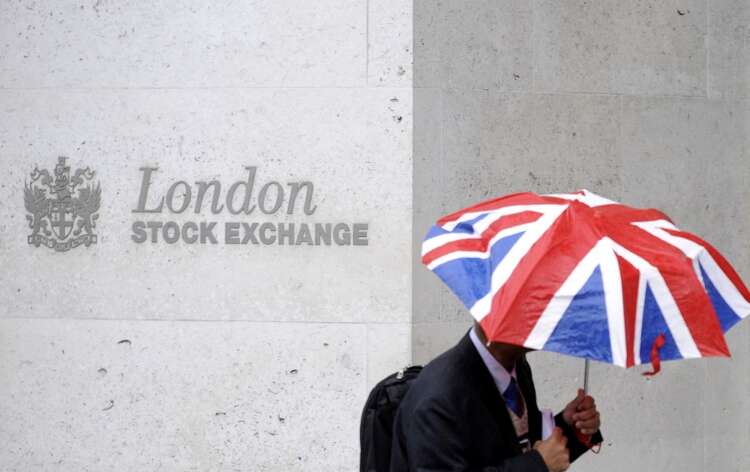 The blue-chip index added 0.6% after closing at its lowest since March 18 on Monday. Glencore led gains among miners with its 1.9% rise after Barclays raised the stock’s price target.

Taylor Wimpey jumped 3.2% as the country’s third-largest housebuilder projected sustained demand in an under-supplied market. The wider homebuilders index was up 1.6%.

“The market is trying to find its footing and trying to price what’s happening in China,” said Sebastien Galy, a senior macro strategist at Nordea Asset Management.

“What you probably can say is it’s indeed a buy on dip but it is done without any sense of certainty … and especially European equities are quite cheap.”

Defensive names AstraZeneca, Unilever, British American Tobacco and Diageo gained between 1% and 1.6%, providing the biggest boost to the FTSE 100 index.

The domestically focused midcap FTSE 250 index advanced 0.4%, powered by a 7.6% jump in shares of National Express Group after the transport firm’s first-quarter revenue bounced back to 2019 levels..

Associated British Foods slid 4.7% after it warned on margins at its food businesses and said its clothing chain Primark is set to raise prices due to severe inflationary pressures.

“This is a tricky manoeuvre to get right, given that fans flock to Primark’s for high fashion at cheap prices and instead of piling clothes high in baskets they may be more cautious which could hit volumes,” said Susannah Streeter, senior investment and markets analyst, Hargreaves Lansdown.

HSBC Holdings fell 1.6% after Europe’s biggest bank warned that more share buybacks were unlikely this year as rising inflation and economic weakness had dented its prospects.

Shares in its Asia-focused peer Standard Chartered were down 0.5%, while Barclays gained 2% ahead of their results this week.

(Reporting by Devik Jain in Bengaluru; Editing by Vinay Dwivedi and Uttaresh.V)