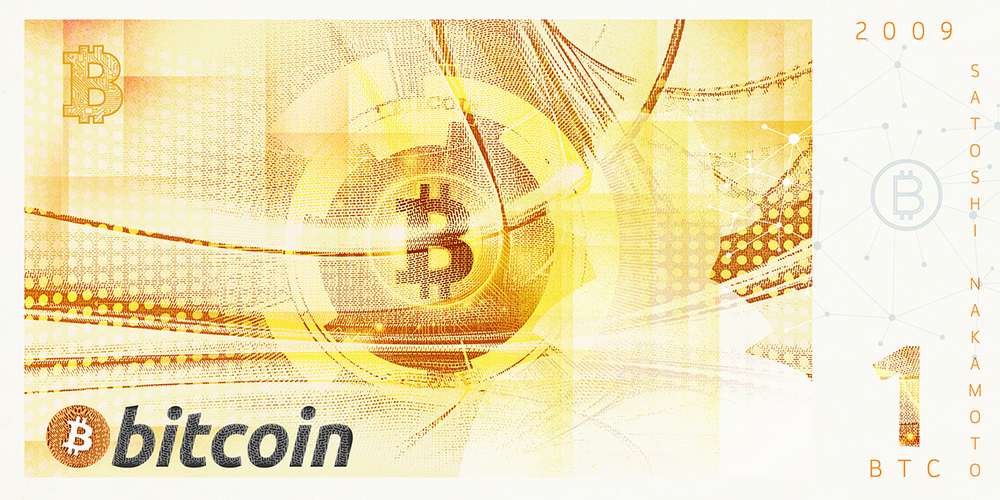 You can normally get a feeling for the history of a currency by looking at its bank notes, which offer visual representations of the cultures and people behind it. But what about those currencies that don’t have as much history or a national identity or even actual bank notes? Cryptocurrencies are still largely defined visually by internet memes and icons, while you have to do your research to find out about their histories.

To change this, 99bitcoins has come up with designs for the ten main cryptocurrencies, taking into account their stories, the people who created them and showing what it might look like if you really did have some physical bitcoin to carry around in your wallet.

This not only offers some interesting historical context but also works to help explain more about these cryptocurrencies for people who find it a difficult world to grasp amongst the internet jargon. So here are the ten best known cryptocurrencies as you’d see them on bank notes:

The one cryptocurrency that everyone knows, even if they don’t really understand what it is, bitcoin was built on blockchain technology, mutually-agreed ledgers and ‘mining’. The only thing we know about where it came from is the name Satoshi Nakamoto, which could represent an individual or a group, so there’s no face on this note, just the pseudonym and the year 2009, when it was first launched. 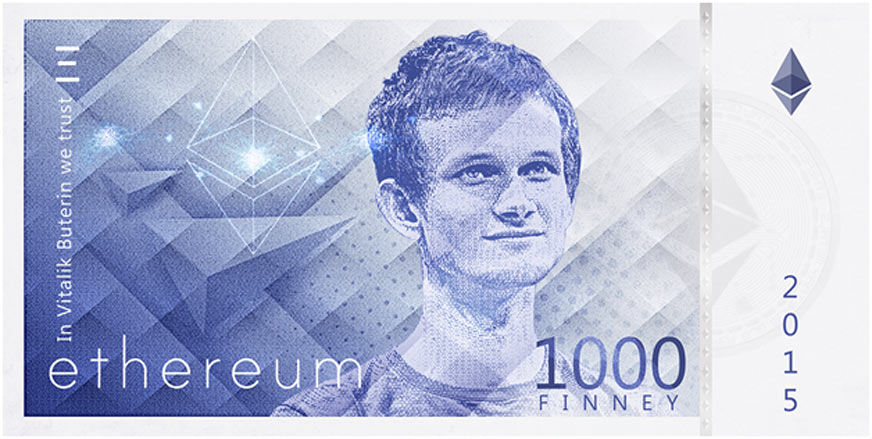 Ethereum does have a face to represent it on its bank note, that of VitalikButerin, who designed this cryptocurrency and named it after ether: “referring to the hypothetical invisible medium that permeates the universe and allows light to travel.” Ethereum is similar to bitcoin but is often used for ICOs in the fintech world. 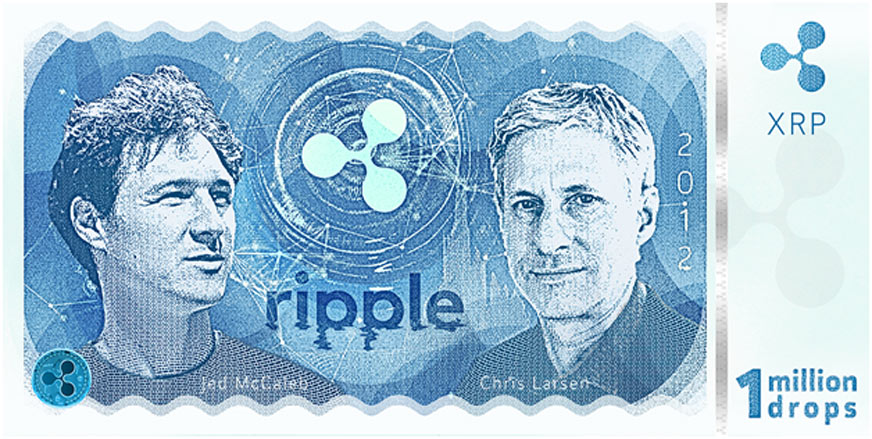 Less ‘counterculture’ than some of its rivals, Ripple is a cryptocurrency that has been designed not to get away from the traditional banking structure, but to fundamentally change the way it works. Chris Larsen and Jed McCaleb created Ripple in 2012, so their faces feature on this note and their aim was to build ‘http for money’, making it effectively open-source and license-free and allowing it to be traded for any asset. 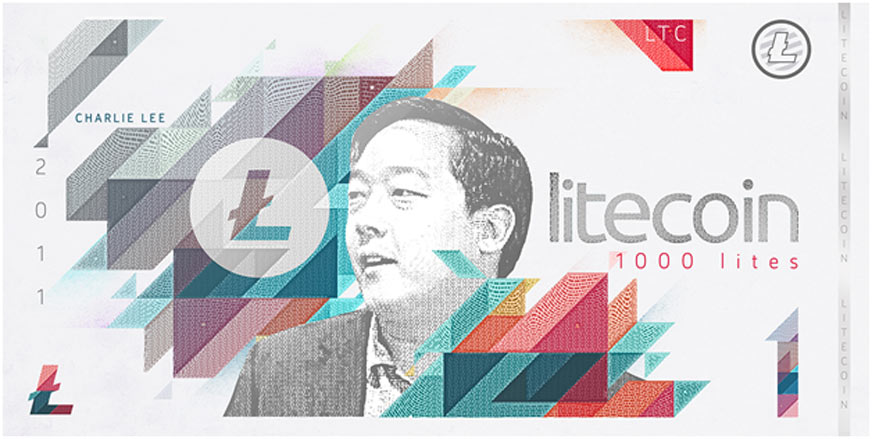 As its name suggests, Litecoin was designed to be a ‘lite’ alternative to Bitcoin, used for smaller transactions. It was created in 2011 by Charlie Lee, who used to work for Google, and is apparently being considered by Amazon as a possible payment method in the future. 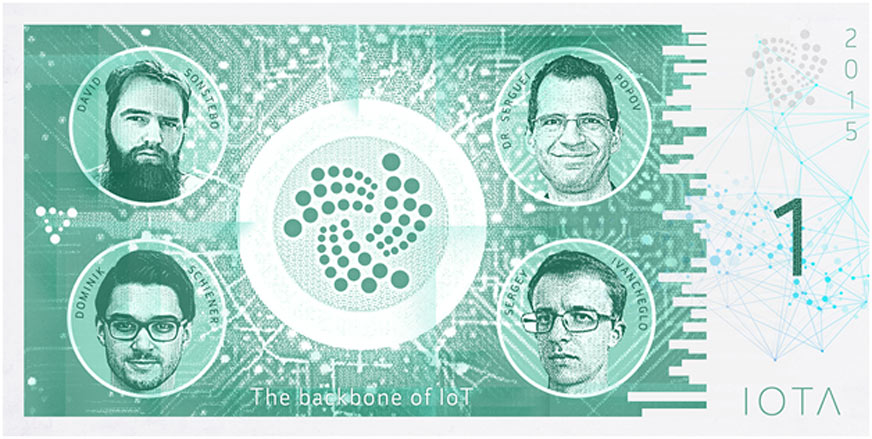 Four people feature on this bank note because they all played a part in creating IOTA in 2015 – David Sonstebo, Sergey Ivancheglo, Dominik Schiener and Dr. Serguei Popov. There’s no mining involved in IOTA, which takes inspiration for its name from the IoT (the Internet of Things) and it has been designed to work with these smart devices to change the way we live and pay for products and services. 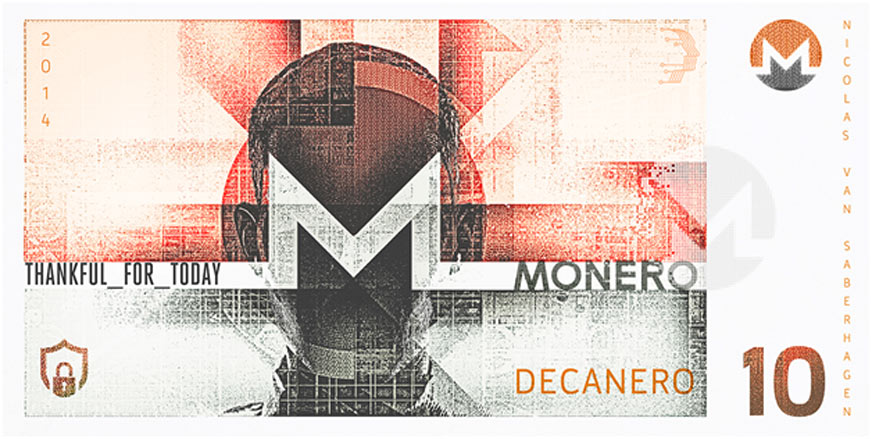 When a currency is created by someone called thankful_for_today, who then takes a pseudonym (Nicolas van Saberhagen), you get the feeling that anonymity is important with it. Monero uses something called ring signatures to jumble account keys during a transaction to make it impossible to hack into it and find out who is involved. 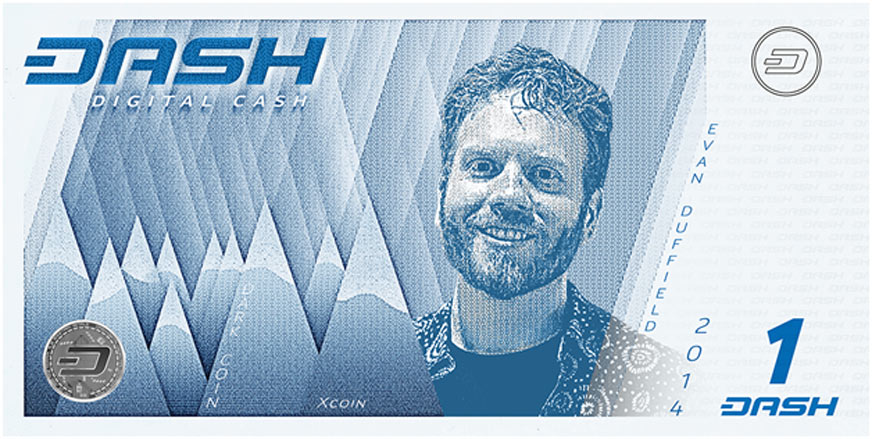 Dash has had a couple of names before taking its current one – it was formerly known as Xcoin and Dark Coin – which is short for ‘digital cash’. Evan Duffield created it in 2014 and it has funded the legal cannabis industry in America, plus research into blockchain at Arizona State University. 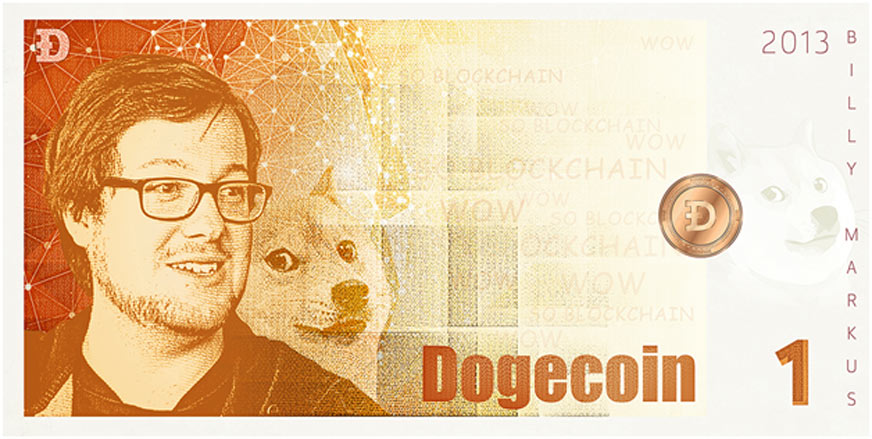 If any one cryptocurrency could be said to define the internet, it would be Dogecoin, which combines fintech with meme culture by being named after the famous doge meme (of a Shiba Inus dog). It takes itself a lot less seriously than its rivals and has a strong emphasis on social sharing to try and help it appeal more widely than the usual audience. 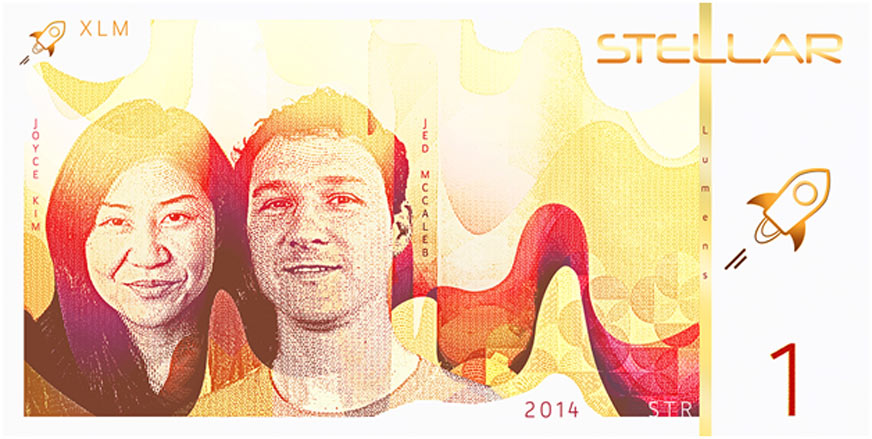 Jed McCaleb features on his second bank note here as the founder of Stellar along with Joyce Kim. Stellar focuses on the non-profit market, offering a cryptocurrency that can be used in developing countries to help them boost their technology industries. It’s even caught the eye of IBM, so the rocket ship that features on this note could be appropriate as it looks likely to really take off soon. 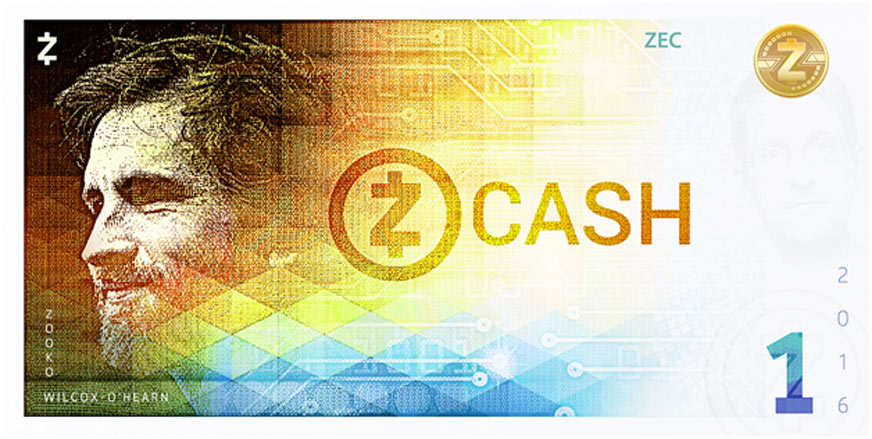 This privacy-obsessed cryptocurrency’s credentials got a boost when Edward Snowden announced that he uses it. When sending a payment through Zcash, you can opt to be ‘transparent’ or have all the main details made anonymous, but Zcash insists that it is not intended to facilitate transactions for illegal activity. Featuring on this bank note is creator and Zcash CEO Zooko Wilcox-O’Hearn.

So now you know more about these ten top cryptocurrencies and have seen what they might look like if they had real bank notes associated with them, and hopefully the world of bitcoin et al seems a bit less closed off.

Share on FacebookShare on TwitterShare on Linkedin
Related Topics:Bitcoinblockchain technologyCryptocurrenciesLitecoinReal bank notes
Up Next