Connectivity in the new world of OTC derivatives 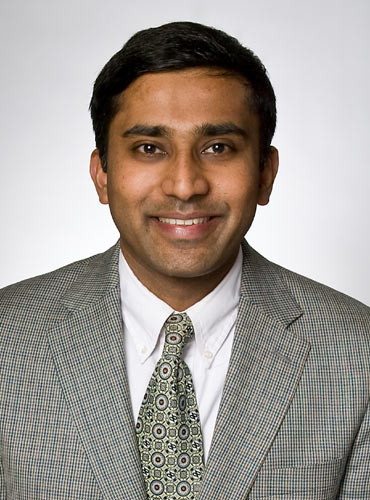 Unregulated derivatives trading have been the root cause of a number of crises in financial markets over the years, from the Dutch Tulip Mania of 1637 to the demise of Lehman Brothers in 2008. The global financial crisis has once again put the spotlight on the serious inadequacies in the OTC derivatives market, and several key regulatory initiatives are now being put in place by global policymakers and the leaders of the G20, to mitigate the risks these contracts present to the broader economy, by fundamentally changing the way in which they are traded and cleared.

The pivotal role that OTC derivatives play in the global capital markets (such as aiding price discovery, managing risk, adding to liquidity, improving market efficiency for the underlying asset, and reducing market transaction costs), make the structural deficiencies in this market of particular concern. It should also be noted that the global OTC derivatives market is considerably larger than the exchange-traded derivatives market, adding to the impact of any issues in this area. According to a report published by the Bank for International Settlements (BIS) in October 2011, the total notional amounts outstanding of over-the-counter derivatives had reached $708 trillion by the end of June 2011.
The OTC derivatives market operates on a cross-border basis, with the same products being traded in multiple jurisdictions by multinational institutions, making for a complex and interconnected landscape between market participants. New regulations will contribute to the complexity of this landscape, particularly when it comes to the connectivity requirements of key players.
The global regulatory framework to overhaul the global OTC derivatives market promotes risk mitigation, transparent, deep and liquid markets, and the reduction of global inefficiencies. Within this, the G20 has proposed four key initiatives:

The proposals of European regulators largely mirror the G20 recommendations – the European Markets Infrastructure Regulation (EMIR) will be providing the framework for implementing the G20 proposals, and the Markets in Financial Instruments Directive (MiFID) will create Organized Trading Facilities (OTFs) as the European counterpart to Dodd-Frank’s SEFs (Swap Execution Facilities). The key difference here is that the OTFs will be much broader in their remit than SEFs, and also offer discretion and flexibility in arranging liquidity across a variety of execution models. This leaves room for voice or hybrid broking (voice and electronic) of deals that can subsequently be cleared centrally.

Technology providers are expected to play a significant role in this market as a result of the regulatory initiatives, which will force a number of trade lifecyclemarket participants to review their capabilities in order to keep pace with the changing environment.

Clearing houses will have to upgrade their systems since the requirement of OTC derivatives are quite different from those of exchange-traded instruments, and trade repositories will also need to have functionality and underlying technology capabilities for storing data and reporting to regulators. However, perhaps the most significant impact on the market’s key players will relate to their new connectivity requirements.

Connectivity becomes essential as the different entities that play a role in the OTC derivatives trade lifecycle (buy-side firms, swap dealers, major swap participants, derivative execution venues, central counterparties and trade repositories) will find themselves needing to connect to one another, which will likely result in a surge in demand for both voice communications and electronic connectivity services.

Aggregation will become a key driver of connectivity, given that this market is initially likely to see numerous dealers and liquidity venues. That is, both liquidity venues such as organised trading facilities (OTFs) and dealers will need to aggregate one another to provide a single view of the market for the buy-side. Another interesting ramification for connectivity, is that when executing trades on dealer-to-client platforms, buy-side firms would have the opportunity to connect directly to liquidity venues as well as go through their broker’s direct market access system.

In addition to this, there are two rules proposed by America’s Commodity Futures Trade Commission (CFTC) that are likely to have a significant impact on the markets and connectivity requirements. The ’15 second’ rule (which allows two parties to prearrange an order over the phone, but requires the order to be displayed on the open market for 15 seconds before it can be closed by the parties) and ‘5 RFQ’ rule (which requires all requests for quotes to be sent to at least five different liquidity providers) are designed to improve pre and post trade transparency, accelerating market fragmentation and leading to an explosive growth in market data. As more contracts become standardised and electronic trading venues proliferate, market participants will experience the need to invest in reliable and secure data connectivity services.

Global reforms will bring profit opportunities to be capitalised on by any participant that can adapt itself to a transformed market place. The marketplace is entering unchartered waters, but one thing is clear – connectivity will be key for the different entities that play a role in the OTC derivatives trade lifecycle, if they are to adapt to and thrive against the new backdrop of regulation.