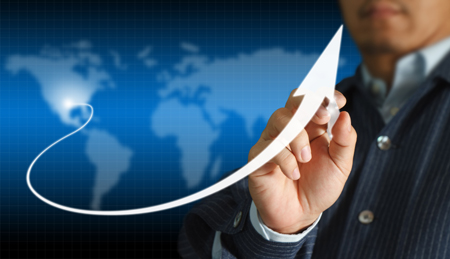 Investors are piling into the dollar  – and they are likely to continue to do so for the next two and a half months.

However due to the Federal Reserve’s dovish tone and possibility of Brexit, the dollar has lost ground against pound, affirms the Head of Foreign Exchange at one of the world’s largest independent financial advisory organisations.

The comments from deVere Group’s James Stanton come as sterling hit a nine-day high earlier this week against the dollar.

“The Fed, and foreign exchange traders, reduced their expectations of further rate hikes this year to just two – and for these to be highly dependent on ongoing strong economic data. This helped pull the dollar back against most major currencies, including sterling.

“This situation, combined with the uncertainty surrounding the possibility of the UK leaving the EU, is driving investors to pile into the greenback.  They are certainly not resting on their laurels as far as sterling is concerned.”

He continues: “A run on the pound is possible if Brexit appears likely. Driven by the uncertainty of economic policy, and trade relations with the EU in what will be a new political environment.

“Furthermore, yesterday’s announcement of a post-war record current account deficit, at 5.2 per cent of GDP, suggests a worrying dependence on foreigners’ enthusiasm for lending the UK money.

“Should this enthusiasm falter, post-Brexit, either the currency will sink or the Bank of England will have to raise interest rates ‎to protect sterling. Sterling might survive, but higher interest rates risk inducing a recession.

“Therefore, investors are using the recent strength of sterling against the dollar as a major dollar-buying opportunity, in the event of Brexit.  It can be expected that this will continue until the in/out referendum to decide Britain’s place within the EU.”

Mr Stanton concludes: “Sterling will be highly sensitive to the risk of Brexit over the coming months. But this need not be all bad news for the currency: a vote in favour of remaining in the EU could see sterling to jump to the $1.50 level.”