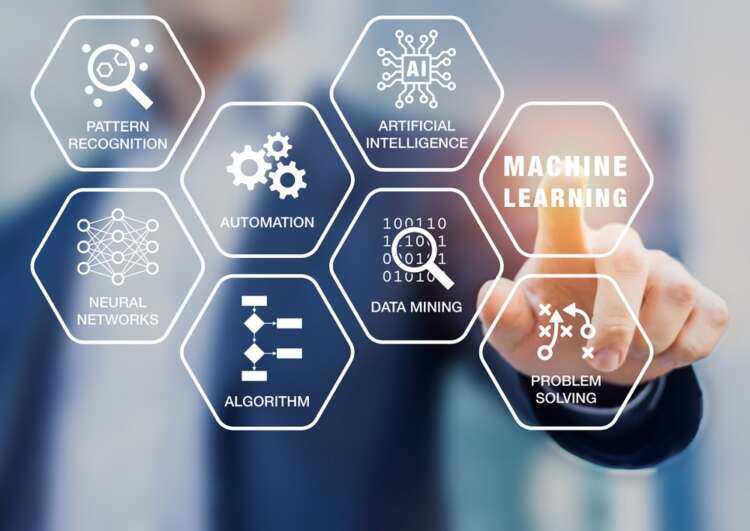 Data from UK Finance shows that a total of £753.9 million was lost through fraudulent activity in the first half of 2021 alone, an increase of 30% compared to the same period in 2020. Fraud represents a real hazard for the financial sector and has only escalated during the pandemic as criminals have sought to take advantage of the disruption and uncertainty of the past two years.

The burgeoning threat of fraud has accelerated the adoption of digital technology and organisational readiness, as banks, and other financial institution, invested in new ways to meet the challenge of preventing fraud while contending with reduced workforces and streamlined budgets. Firms are now embracing Artificial Intelligence (AI) and Machine Learning (ML) technology to effectively and efficiently detect, investigate and reduce money laundering, card and credit fraud and research by McKinsey estimates that AI technologies could potentially deliver up to $1 trillion of additional value each year across the global finance industry.

Payment fraud losses have more than tripled since 2011 with more than £620 million lost in 2019 due to fraud on UK-issued cards, according to Merchantsavvy. Fraud prevention has never been more important for the banking and finance sector, as demonstrated by the investment of £7 million into fraud prevention projects by  Lloyds Banking Group during 2021 alone. AI technology has emerged as a core pillar in an organisation’s fraud prevention strategy, due to its efficiency and accuracy, utilising existing data to pinpoint trends and identify risks by unlocking insights from multiple sources.

Visa’s artificial intelligence (AI)-driven security helped financial institutions prevent more than AU$354 million in fraud from impacting Australian businesses between May 2020 and April 2021. The algorithm assesses more than 500 risk attributes in roughly a millisecond to produce a score of every transaction’s predicted fraud probability which is used to identify patterns and alert financial institutions to potentially fraudulent activity – and prevent it happening.

The analysis of substantial, siloed datasets using traditional methods of fraud detection, is resource-intensive. However, AI technology can accelerate the examination of vast amounts of information and identify suspicious patterns and behaviours in a fraction of the time that humans can. The application of AI not only removes the expense of human interaction, it increases the ability of an organisation to detect fraud, since AI typically detects patterns more accurately than humans.

In 2019, Lloyds Banking Group launched its AI-enabled fraud detection system nicknamed ‘The Rat’.  The Rat’s AI algorithms analyse a vast number of data sources to screen for suspicious patterns and identify new fraud techniques as they emerge before they can be exploited. It can even predict future fraudulent trends and has enabled the banking group to prevent more than £4 million of fraudulent transactions.

While fraudulent activity cost individuals and organisations in the UK an estimated £137 billion per year, false positives, transactions flagged as fraudulent which are actually genuine, require resource intensive investigation and negatively impact revenue. Beyond the obvious advantage of fraud detection and prevention, AI technology can reduce the number of false positives, and the subsequent financial impact can be avoided. Through the implementation of AI technology, Danske Bank has reduced its false positives by over 60%, saving both human labour and reducing business risk.

Accurately evaluating the financial risk of loan underwriting and credit applications, relies on multiple datapoints from a multitude of sources, which often have different search interfaces, requiring many and repeated searches to find information. Mortgage lending suffers losses equivalent to £1.3 billion annually and 84 out of every 10,000 applications are suspected to be fraudulent.

AI technology can overcome this by bringing all of these sources of information, such as bank statements, pay slips, tax filings, mortgage forms and invoices, together in one place, indexing and segmenting the data, and allowing this to be discoverable. This provides for better and more accurate results and means that decision sources can be quickly and easily identified and evaluated, helping to reduce business risk.

AI technology is proving to be a powerful tool to help financial organisations address the commercial challenges resulting from the pandemic. Many leading financial institutions are now deploying AI technology and starting to reap significant benefits but adoption of AI in the sector is still lagging behind other industries. AI technology represents an opportunity for firms to future proof themselves against further fraud trends and reduce business risk, putting it at the top of the agenda for 2022.

Professor Jon Crowcroft is a founder of iKVA, a Professor at the University of Cambridge Computer Laboratory and the Chair of Programmes at the Alan Turing Institute.