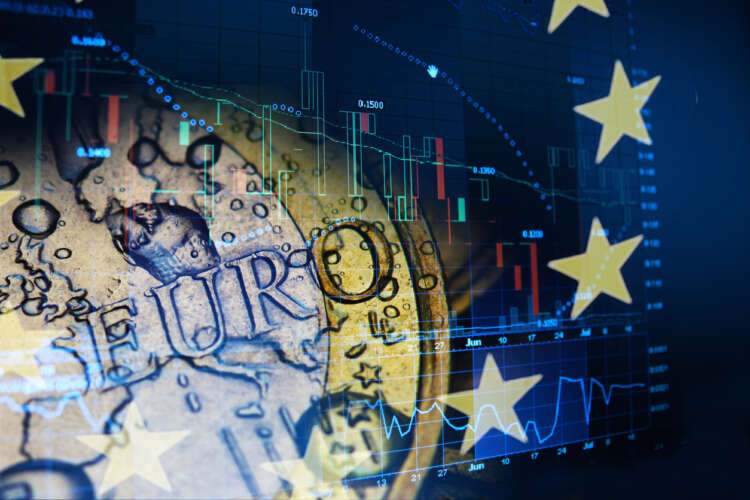 By Thomas McGarrity, Head of Equities at RBC Wealth Management

European equities have witnessed a strong bounce off their lows, and Europe has been the best-performing regional equity market over the past two months. This has helped erase year-to-date underperformance relative to global equities. Since the start of October, the STOXX Europe 600 ex UK Index has gained 15% in euros, and 23% in U.S. dollars. Moreover, indexes with a prominent cyclical tilt, such as the EURO STOXX 50 (Europe’s blue-chip index for the eurozone) and Germany’s DAX, have witnessed an even stronger rebound, with both up around 20% in euros (over 28% in USD).

Against a backdrop of significant outflows this year, bearish investor positioning, and cheap valuations, we believe three key factors have contributed to European equities’ outperformance over the past two months.

Second, China’s emerging plans to start relaxing COVID-19-related restrictions have boosted European equities more than other markets, reflecting Europe’s higher exposure to the country. European companies’ revenue exposure to China is roughly 8%, around double that of the U.S.

Third, the U.S. dollar has retreated versus the euro. The greenback’s strength this year versus the euro has been a deterrent to U.S. dollar investors buying European assets, including equities. Notably, the correlation between European equities and the euro is at its highest level in the past decade. Since the EUR/USD currency pair troughed below 0.96 on Sept. 28, the euro has rallied over 9%. Further strengthening in the euro would, in our view, be an important factor in helping drive further outperformance of European equities.

Looking ahead, we think the biggest risk to both European equities and the euro is the potential for renewed upwards pressure on energy prices. This would likely sour sentiment towards the region once again. 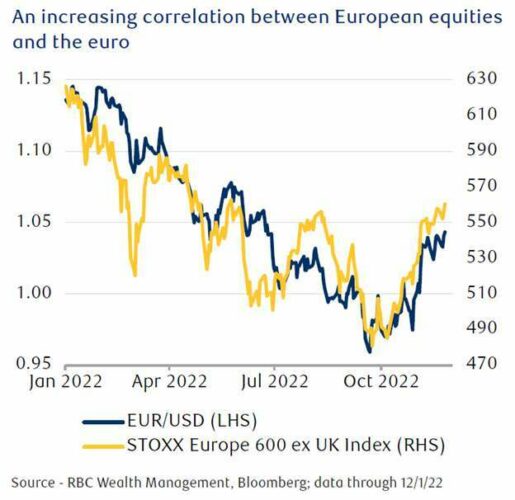