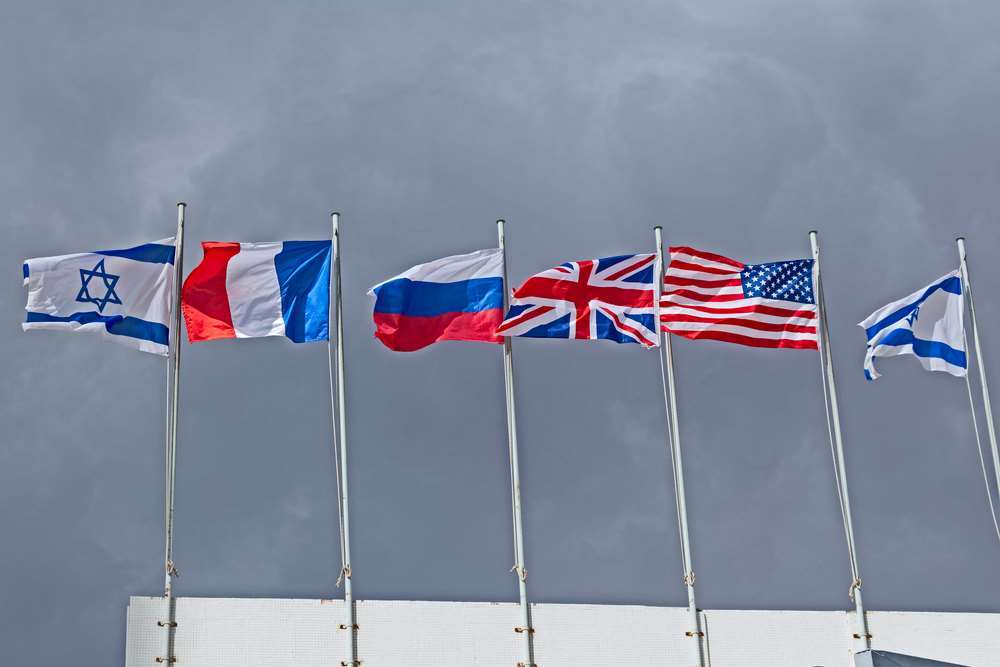 Internationally renowned as the ‘start-up’ nation, Israel presents a plethora of exciting trading opportunities for the UK and will be an important partner as it prepares for its formal exit from the European Union (EU), finds Leumi UK’s whitepaper

As Brexit draws closer, establishing lasting relationships with key trading partners has become a priority for the UK government. The first to sign a bilateral trade agreement with the UK, Israel presents a highly compatible trading partner and is leading the way forward in a number of key industries – particularly in the technology space. Levels of bilateral trade between the two nations have been steadily increasing, hitting a record-breaking £8 billion in 2018 – with growth likely to accelerate in the coming years, finds Leumi UK’s whitepaper.

“The UK and Israel have become closer than ever trading partners and have a lot to offer each other in this space,” says Leumi UK’s CEO, Gil Karni. “Israel is the global leader when it comes to research and development – its pioneering discoveries in the hi-tech space, coupled with its reputation for innovative, fast-growing start-ups, can give the UK an important boost in the medical, sustainability and education sectors. At the same time, the UK is the leading international financial and professional services centre in the world – its financial clout in terms of capital-raising, together with a young workforce keen to invest in cutting-edge ideas, means London is a perfect second home for expanding Israeli companies.”

In its new whitepaper – entitled The UK-Israel trade corridor: how the UK and Israel could benefit from a closer trading relationship – Leumi UK outlines how Israel’s expanding and diversifying offering in the hi-tech space – which won more than half of the US$6.47 billion in capital raised for start-ups in Israel last year – could benefit the UK through initiatives such as the UK-Israel tech hub (sponsored by the UK Embassy in Tel Aviv). It also explores how Israeli business could benefit not only from the UK’s exceptional financial sector, but also the opportunity to expand from their own ‘Silicon Wadi’ to London’s ‘Silicon Roundabout’ – combining two of the fastest growing tech clusters in the world.

Leumi UK will play a key role in the strengthening of this already unique trading relationship, with plans to bolster its offering in the hi-tech space, which includes a unique Residency & Networking Programme. The Programme offers Israeli hi-tech start-ups a route into the UK market through the use of its fully-wired London offices and access to its extensive network of contacts in both the UK and international hi-tech space.

About Leumi (UK) and Leumi Group

Leumi (UK) is a UK-regulated bank offering a wide range of corporate and commercial banking services to both UK based and international clients. An integral part of the Leumi Group founded in London in 1902, the Bank operates through its Head Office in London and its award winning Asset Based Lender subsidiary, Leumi ABL in Brighton. Activities include commercial finance, trade finance, with a particular expertise in financing cross border trading, commodity finance, financing Israeli related business, property finance and hotel finance. The Bank serves its clients with deposit accounts, hedging and foreign exchange capabilities.

Leumi (UK) is a subsidiary of the Leumi Group, one of Israel’s largest banking groups and a reputable global banking institution. The Group operates over 230 branches across Israel, alongside offices in key financial centres worldwide. The Group offers a comprehensive range of specialised financial services.

The Race to Regulation