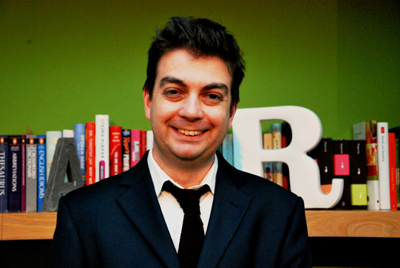 ‘These days, a company’s words tell you as much about their performance as their numbers,’ says Nick Parker, managing partner at language consultancy The Writer.

Last month, two professors from the University of Notre Dame, Tim Loughran and Bill McDonald, published a study in the Journal of Finance, revealing a correlation between the length of an annual report and company performance. They measured the file size of plain text reports filed with the SEC against various measures of stock volatility – from stock price movements, to the dispersion of analysts’ earnings forecasts.

In short, they found the larger the file size, the higher the subsequent volatility. They go on to look at a number of possible reasons for this (long-windedness being used to ‘bury’ bad news, for example). But the implication is clear: long reports should be an alarm bell for investors – there may be trouble ahead.

When I run writing workshops with clients, I do an informal ‘performance analysis’ of my own: I ask attendees about jargon words they hear around their organisation. The longer the list (and the louder the groans), the more likely it is the organisation has some kind of underlying cultural challenge that’s getting in the way of their performance: a ‘them and us’ hierarchy; a culture of ‘busy-work’ rather than action; a lack of innovation or imaginative thinking. Whatever it is, there are always clear signs in the language an organisation uses (and abuses).

But it’s not just problems or alarm bells that language can alert you to; UK fund manager, Terry Smith says that ‘straight-talking’ language is often a signal of change or opportunity. He said that he could tell in 2009 that Domino’s Pizza were serious about turning themselves around, when they published feedback from their customers saying things like ‘pizzas like cardboard’.

My favourite bit of business writing is also incredibly telling. It’s the expenses policy from tech company NetApp. They’re a $6 billion company, and frequently top Fortune’s list of ‘Best Companies to Work For’. A couple of years ago, they decided their twelve-page, closely-typed expenses policy wasn’t fit for purpose. It drove everybody mad, nobody really read it anyway, and they felt it didn’t really reflect their culture. So they rewrote the whole thing as this simple statement: ‘We’re a frugal company. But don’t show up dog-tired just to save a few bucks. Use your common sense.’

This is a deceptively powerful bit of writing. For those in brand and marketing it’s a great example of ‘living the brand’. I’ve also shown it to CFOs and legal counsels who think of it as a great bit of ‘risk management’ that will increase ‘compliance’. (Because it’s simple, it’s easier to follow. And because it sounds like NetApp really mean it, you’re more likely to be on-side with it, rather than looking for a loop-hole).

And that’s just one simple sentence. At The Writer, we’ve seen companies make huge differences to their performance by focusing on their language. That’s sometimes in obvious ways (such as proposals that win more work, or websites that attract more page views), but in truth, the opportunities are everywhere – from multi-million pound time-savings in customer service scripts, to increased compliance with policies and processes, to better readiness for handling crisis comms.

This has never been more true: the rise and rise of email and social media has turned just about everyone into a writer in one form or another. (At the same time that ‘copy and paste’ has made it easier for the words we produce to replicate at an alarming rate!)

So, Loughran and McDonald’s study is music to my ears – it’s another confirmation of the link between language use and performance. But the real opportunity for savvy companies isn’t just to look at language ‘passively’ as a barometer of performance – it’s to get stuck in and change things: sharpen up how people write, and you’ll sharpen performance at the same time.

THE FINANCIAL VALUE OF DATA QUALITY