Why UK assets are an attractive investment for Japanese companies 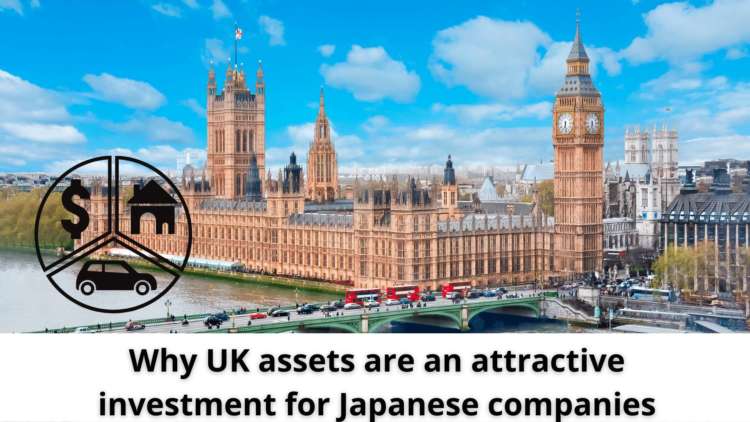 The incentives for Japanese corporates to invest in other advanced economies are clear. While less impacted to date economically by Covid, Japan is expected to experience growth of 2.5-3% in GDP this year, compared to circa 5% across the UK, US and the EU, in part because of the less traumatic impact of Covid in 2020, but as importantly, because Japan has been noticeably slower in rolling-out vaccination in a country that has the oldest average population of any major economy.

Furthermore, Japan continues to suffer from a cycle of zero inflation to marginal deflation and this in spite of interest rates currently sitting at nil. In essence the Japanese government has more constraints on its ability to stimulate growth than most OECD governments.  This is a clear indicator that the more compelling opportunities for corporates to deploy capital profitably will be outside of Japan. Indeed up until last year some Japanese economists were concerned that the run up to the postponed 2020 Olympics was buoying the economy and there would be a hangover thereafter.  Whether the Olympics go ahead this year still remains in the balance, with many trial events cancelled and concerns about new Covid variants being brought in by arriving athletes.  Travelling foreign fans have already been banned, which will have an obvious economic impact across hotels, restaurants and leisure, although the vast majority of the capital investment is already spent.

Traditional inefficiencies in Japan’s labour laws also contribute to a GDP per capita that is lower than all the major European economies, including the UK (often seen as a laggard in Europe), and fully 50% lower than the US even after taking account of last year’s greater GDP decline in the US.

But some of this isn’t new, so why haven’t we seen the world’s third largest economy be more prevalent in international M&A?  Here there are a number of interlocking factors but the one that probably has more impact than any other is a fundamental difference in how M&A is conducted in Japan versus the model in Europe and North America. The process of evaluation an opportunity tends to be slower, more detailed and with a greater amount of diligence done prior to the final offer.  This makes it hard for Japanese corporates to move to the types of M&A process timetables expected in other major markets, especially where investment banks are managing transactions.  In addition, many of Japan’s most active acquirers are either the diversified holding companies (‘Keiretsu’) or otherwise have complexity in their approvals process derived from networks of cross shareholdings between large corporate shareholders. Often final sign-off for a deal will actually be at the point the deal is ready to be done (rather than weeks or even months before).  This has a tendency to make Western sellers nervous, whether justified or not.

It is clear that post-Brexit, the UK is extremely keen to build deeper trade links with Japan and with the wider Asia-Pacific region, hence the prioritising of the trade deal with Japan and joining the CPTPP Asian free trade group in February, and while all these markets are modest ones for the UK compared to the EU and the US currently, they clearly offer a lot of upside potential.  That does not, however, automatically lead to growth in M&A as the practical hurdles mentioned above will largely remain in place and are no more likely to be eased by the greater propensity for management via zoom in a post-Covid world.