WHY SHOULD WE CARE ABOUT HIGH-FREQUENCY TRADING WHEN THE MARKET EXISTS FOR THE INVESTOR?

This Is Why Cash Is Dying Out 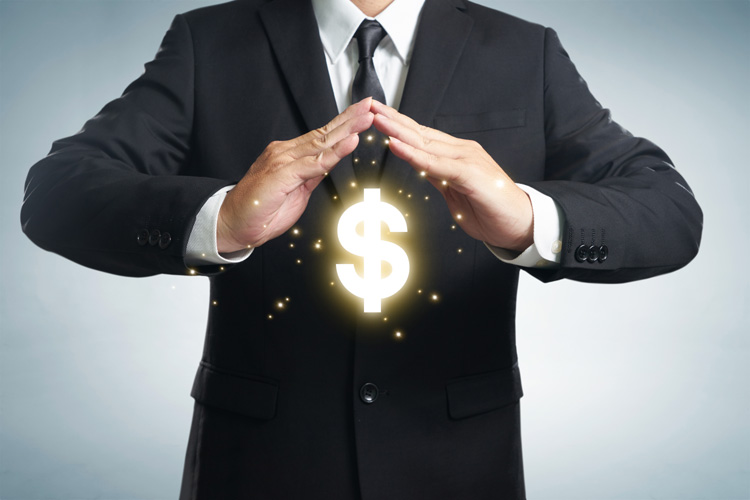 For hundreds of years there were two players in the financial markets, the broker or low-frequency trader (LFT) working at the exchange and the investor. In 1964 an IBM computer introduced algorithmic trading on the New York Stock Exchange. This was to transform the way the markets would operate in the future.

Financial markets have always moved in cycles from boom to bust, bringing in changes in the way business is done. Perhaps the most significant changes have been witnessed following the 2008 financial crash. Prior to this the U.S. had spent two years rolling out Regulation National Market System (Reg. NMS), whilst in Europe Markets in Financial Instruments Directive (MiFID) had been legislated. The objective was to make the markets transparent by providing a structure to its fragmentation, ensuring the investor would view the market as fair and efficient. However this legislation opened the door for a third player – the high-frequency trader (HFT).  The market was then not inherently efficient and the LFTs were able to benefit from price differences (spread) as they provided liquidity in the search of a fair price. Today, HFTs provide most of this liquidity, operating at a much tighter spread and reducing the profits of other providers.

High-frequency trading is a subset of algorithmic trading, and the new legislation opened the door for it to dominate certain sectors of the market, in particular the equity and foreign exchange. Now in competition with other venues, the traditional exchanges looked for ways that they could attract liquidity. Whilst the LFTs had originally provided this, in return for not being charged trading fees, privileged physical position on the trading floor and limiting the number of LFTs offering each stock, this model no longer worked. Instead, exchanges now offered fees to those who could provide (mostly) liquidity to earn fees, but without any contractual obligations. Special order types were developed whose existence or use were not publicised (in 2015 Direct Edge were fined $14m for this). The fragmented market structure meant that those companies who could capture different prices for the same security could profit from arbitrage. Since 2007, HFTs have been engaged in technical battles to reduce latency – for example plans to build 300m tall microwave towers have been submitted in attempt to reduce milliseconds from the time between London and Frankfurt. Exchanges have also seen opportunities to sell co-location to their matching engines and data feeds to those companies who want to capture information as quickly as possible.

High-frequency tranding represents a paradigm shift in the way our markets operate. Unlike other investors, HFTs are not concerned with the profit opportunities in holding a company share, but drive their strategy on volume. Using small order sizes they continuously buy then sell lot sizes of between 100 and 200 shares at fractional price differences.

Liquidity is a by-product of these strategies, which by the law of large numbers, allows them to make profits throughout the day. Using robots, they have removed any emotion out of their strategies, trading as soon as they can rather than waiting to see if a little more can be earned. Statistical control is used to help manage what is bought so that by the end of each day they can close without the risk of holding onto any stock. Artificial intelligence and advanced system development is used to help the mathematical models change into code. Economic trends are not driving decisions, but the analysis of vast data sets and historical patterns to help predict future events. This code is not static but is updated as market conditions change and opportunities are lost.

The traditional activity by fund managers looking to trade at timed intervals is used by HFTs in pattern recognition. HFTs scan billions of records searching for patterns or footprints, which offer statistical opportunity, a process that some have called front-running. Such comments are based on the fact that as HFTs provide liquidity and have no interest in holding any stock, their activity must therefore be questionable. Such comments are driven by fear over robotic behaviour and have little to do with how today’s markets operate. How can you front run a large-order when lot size is hundreds and order details are hidden (MiFID encourage the iceberg order type)? How can you buy up all of the other stock (taking liquidity and paying fees) and then get to the top of the order book on the other side, ahead of all of the other firms who are competing against you? It is far more complex than when broker-dealers were found guilty of such activities.

Our need for transparency and accountability will be improved when MiFID II takes effect in January 2018, as more trading occurs on a structured, orderly marketplace. Yet record fines only serve to weaken an investor’s confidence that the market is the best place for them to invest their money. This lack of or reduced faith is compounded by stories of how the market is rigged and is no longer fair for the average investor.  Questions about the activities of HFTs have been raised ever since Reg. NMS and MiFID were legislated. Does the investor suffer? Is liquidity phantom? How does regulation control a robotic system? The efficient market hypothesis is clearly at odds with the ability of a HFT to walk in a known direction.

Research on HFTs is difficult because of the highly secretive nature of their operations as they compete with other HFTs for micro-price differences on market inefficiency. They are proprietary and have no need to attract external investors (in the way an investment company presents its portfolios).  There is a clear conflict in the business models used by HFTs and LFTs. No longer able to provide liquidity on all markets at decimal prices, the LFT has seen its profits squeezed as the spread has tightened. The HFT, not having the same overhead structure as the LFT, is able to profit because of the high-frequency strategies used. Some argue that HFTs are parasitic because their actions do not add new information, instead they simply extract profit by unnecessary trading, whilst other argue that a reduced spread means that the long-term investor has a better deal when they buy or sell. Having no formal contract to supply liquidity has caused some to comment that HFTs only trade when they are able to profit and stop when informed trades are sent. Others have said that in the past, when markets turned, the brokers chose to have a long coffee break and not pick up the phone. Other research has shown high activity by HFTs when volatility spikes.

How we can ensure that are market are fair and transparent? All regulation should facilitate price discovery and the long-term investors must be able to execute in a liquid and efficient market. For those who present arguments that spreads have tightened, volatility has reduced and efficiency increased, there are others who can point to contradictory research. People cite phantom liquidity, shares which are available and then disappear when you try to trade, as clear evidence that HFTs are gaming the market. Yet other research 1 that has looked at cancellations on the S&P500 argued that the most common event following a cancellation is for another quote to replace it.  There is no clear evidence on how the market actually works and more detailed research is needed if we are able to present any conclusive argument. What is clear is that the market contains three players: the investor, LFT and HFT. The conflict is between the LFT and the HFT, both looking to earn profits from their trading activities which are driven with the sole intention of creating liquidity for the long-term investor. High-speed trading is not without problems. However slowing the market down because it is unfair that some companies are just too quick is a backward step. The speed at which an investor is able to identify a stock, trade and settle is a reflection of the increased market efficiency. Those activities, which are illegal, need to be punished. Those activities, which strengthen the market, need to be monitored but encouraged. If HFTs cause problems for LFTs because they cannot compete, the question is whether the LFTs are now becoming redundant.