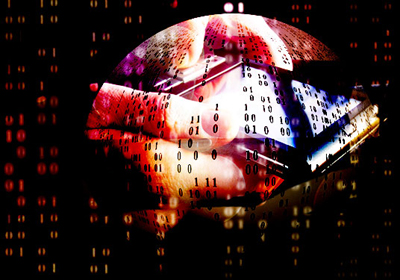 As online payments and mobile technology continue to converge, a fierce battle between virtual wallet providers to convert a critical mass of consumers is underway.

At stake is a vastly lucrative market, with tens if not hundreds of millions of consumers channelling much of their spending through these digital portfolios of credit and debit cards, store cards, prepaid vouchers, ticketing systems and as yet uninvented, value storage technologies.

Such is the value of the prize, that a mighty gaggle of competitors has begun to jockey for position.  There are the banks and their card providers, of course, with Visa offering the V.me service and Mastercard a competing Masterpass offering, among others.  Rivals from IT giants such as the Google Wallet and the Apple Passbook are competing with mega brand apps from Amazon and Starbucks.  The coffee chain now allows customers to buy products through their smartphones in stores, using NFC (near field communication) technology.  And then there are the telecom companies themselves, with O2, Samsung, Orange and T-Mobile all swinging into virtual wallet action. 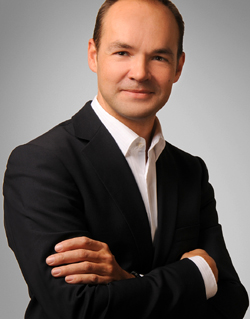 Ahead of all these, and steadily building on its first mover advantage is PayPal, with 150 million users worldwide and a growing number of consumers accessing the service via mobile platforms.  Of PayPal’s total transacted payment volumes of $180 billion in 2013, $27 billion was via mobile technology.  This was a 99 per cent increase on the level for 2012.

It makes absolute sense that the migration from real to virtual wallet should take place right now, as smartphones absorb so many of the functions formerly carried out by distinct apparatus.  But how will the virtual wallet of the future look and feel – and what will be inside it?

Sascha Breite, Head Future Payments at SIX Payment Services argues that customers are looking for simplicity above all.  “They say that a virtual wallet must be easy to use,” he notes.  “Customers do not want to have to register.  So a bank, which completes the process for you, has an advantage.  The consumers want convenience.”

Visa and Mastercard are competing with one another, and with other offerings, to gain sufficient market share so that they can put pressure on everyone else, influencing the way that virtual payment infrastructure develops.  But since they are a decade behind PayPal, they have a long way to catch up.

Breite is sceptical that the approach taken by some card providers – whereby they encourage consumers to store other means of payment within an all-embracing Visa or Mastercard wallet – will prove popular.  It’s easy to see why these card companies would propose the idea: they stand to gain from additional revenues from processing all kinds of payments and acting as a portal, plus they get to bind in consumers to long term relationships.

But for consumers, the benefits are less clear cut.  They like the ‘one click’ checkout process of Amazon, for example.  They like to maintain control of their choices, with a range of apps that they have selected for their specific utility, rather than being channelled through a restrictive and unnecessarily complex portal.  “Consumers want something they can clearly understand,” says Breite.  “Their smartphone itself is their wallet.  They want a simple app with a Visa or a Starbucks sign on it, with functionality behind it, where they know exactly what the benefits are.”

As with other waves of advancing technology, such as the PC in the 1980s, where Microsoft tied in users to its standards, creating a form of highly lucrative monopoly, or, until quite recently,  many of Apple’s products, companies are often tempted to impose exclusivity conditions.

In the current payments environment, with so many competing offers and potential applications, it seems unlikely that any one solution will gain sufficient market share to succeed in this way.  As Sascha Breite puts it: “Why would you want to have an American Express app inside your Visa app?  If you add too much functionality then it just becomes confusing for consumers.”

From a technological point of view, there are also decisions to be made and common standards to reach, combining (or choosing between) NFC, bluetooth, Beacon and RFID and incorporating smart technology so that, for example, a smartphone knows where it is and offers apps to the user depending on the context.

Google and other manufacturers have already started to add NFC chips to their phones, so that users can simply tap their devices against a reader at a point of sale.  As soon as this happens, funds are taken out of the user’s credit or debit card, or direct from their bank account for example.  This kind of service, immediate and painless, could be among the early winners in the virtual wallet wars.

For Google, however, the prize is less to do with crashing the financial services party and more about refining and extending its understanding of consumer behaviour and spending patterns, so that it can target advertising more accurately and increase revenue as a result.

And for the entire payments ecosystem, a major prize lies in the hands of the unbanked millions of the developing world, who are already embracing mobile payment systems such as M-Pesa in Kenya and Fundamo (acquired by Visa in 2011).

Looking sideways, the rise of bitcoin has provided an entertaining and perhaps alarming alternative kind of virtual economy, at times volatile and at others opaque, attracting some unsavoury businesses and customers but gaining an increasingly widespread currency.  If, like PayPal, bitcoin was obliged to attach itself to real life bank accounts, payment experts believe that this would remove its allure and reduce it to being just another online payment system.

Bitcoin’s anonymity – its main common quality with cash – is what attracts many of its users.  For everyone else, their virtual wallet will probably come to resemble their real wallets over time: some will be stuffed with esoteric jumble, much of which is rarely used, while others will have neatly selected and purely functional contents, used at speed for maximum efficiency.

Meanwhile, consumers can enjoy the spectacle of so many different rivals competing for their business.