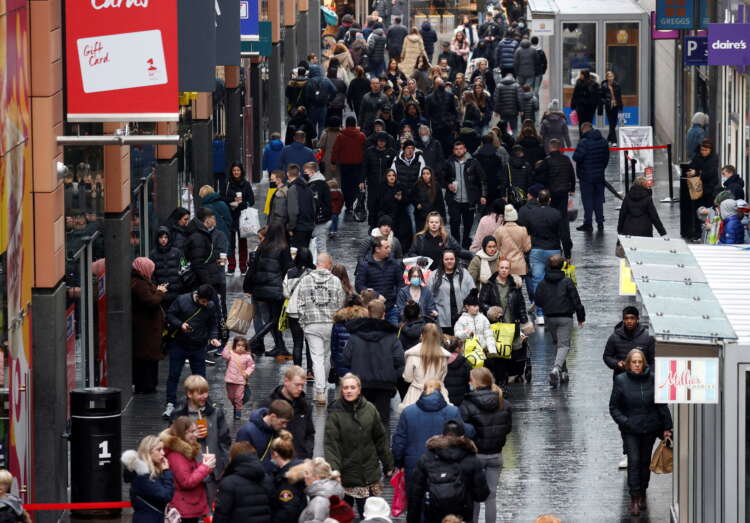 LONDON (Reuters) – British consumer confidence edged lower in December, taking only a modest hit from the rapid spread of the Omicron variant of coronavirus, a monthly survey showed on Monday.

The YouGov/Cebr consumer confidence index fell by 0.5 points to 110.0 in December, and is well above its level of a year earlier when the economy had recovered much less of the output lost at the onset of the pandemic.

However, much of the current robustness in the index reflects the strongest expectations for rising house prices since May 2017, and a narrower measure of expectations for household finances is below its level in December 2020.

“Both the backward- and forward-looking business activity and job security metrics fell and, crucially, the household finance measures are notably below where they were this time last year,” YouGov’s head of reputation research, Darren Yaxley, said.

The data is in line with many economists’ expectations that Omicron will have a fairly mild economic impact on Britain – despite a record number of cases at the turn of the year – and that fast-rising inflation is a bigger problem for households.

Britain is suffering a rapid rise in the cost of living, driven by higher energy prices which are likely to lead to a 50% increase in utility bills when the cap on regulated energy prices is increased in April.

Britain’s longest-running survey of consumer confidence, from GfK, also showed only a modest fall in sentiment when it was conducted in the first two weeks of December.

The YouGov polling of 6,000 individuals was done over the whole month.