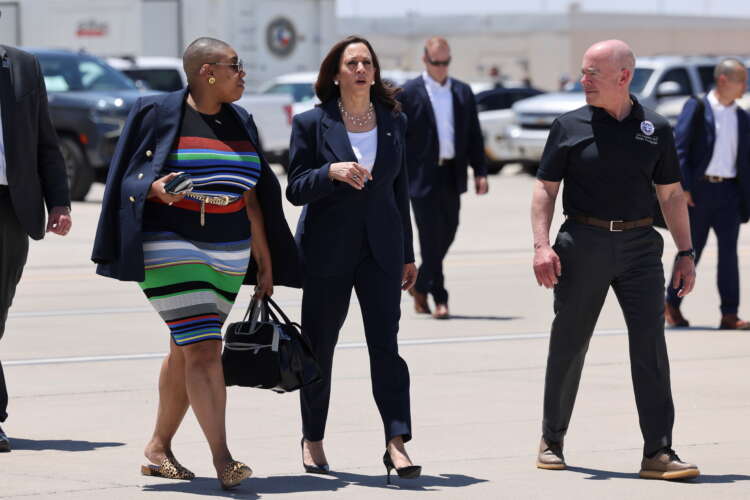 (Reuters) – Vice President Kamala Harris’s senior adviser and chief spokesperson Symone Sanders is leaving by the end of the year, marking the latest high-profile departure from her office amid growing concerns over messaging and how well Harris is being positioned for future roles.

Sanders worked for President Joe Biden for nearly three years, and often traveled with Harris on domestic and foreign trips.

She worked with the vice president as she navigated complex issues such as voting rights in the United States and fixing root causes of migration from Central America’s Northern Triangle countries.

“VP values Symone and she is beloved…grateful to have her through the end of the year,” a White House official, who did not wish to identified said, confirming her departure.

A separate White House official familiar with the situation said the departures come amid concerns Harris is not being adequately prepared or positioned, and instead is being sidelined.

Messaging challenges have been a constant struggle for Harris’s office through the first year of this administration.

In June, she was grilled during an interview by an NBC anchor over why she had not visited the U.S.-Mexico border despite being put in charge of the nation’s migrant crisis.

This was followed by a woman who claimed to be a reporter who made her way into the vice president’s news conference in Mexico. More recently, Harris’s first in-studio interview was scuttled https://www.reuters.com/world/us/hosts-view-tested-positive-covid-19-ahead-harris-interview-2021-09-24 after anchors on the show tested positive for COVID-19 at the last minute.

Sanders, who did not respond to a request seeking comment, sent a note to staff on Wednesday announcing her decision.

“From my first days on the President’s campaign to traveling with the VP when she joined the ticket, to witnessing the historic swearing in of the President and Vice President. It’s been an honor,” she said.