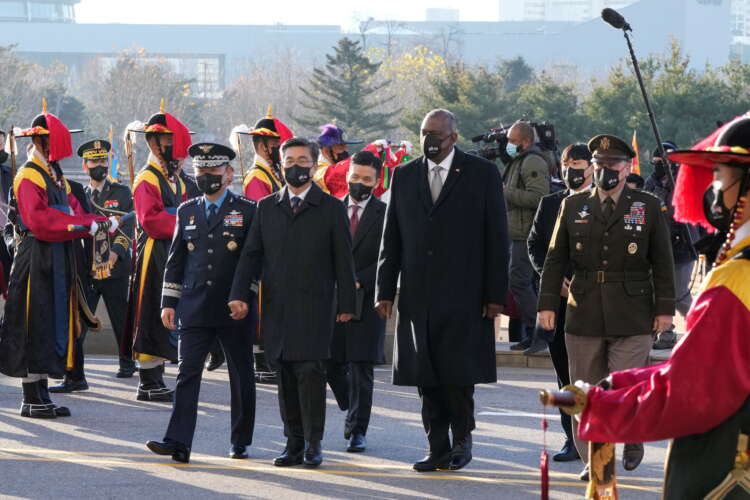 By Phil Stewart and Hyonhee Shin

The United States calls on the North to engage in dialogue, Austin told a news conference, saying diplomacy is the best approach to pursue with North Korea, backed up by a credible deterrent.

The United States has pledged to maintain the current level of U.S. troops in South Korea which stands at 28,500, South Korea’s Defence Minister Suh Wook said after talks Austin.

Suh also said the two sides made progress on meeting conditions for the transfer of wartime command control of their combined forces to South Korea.