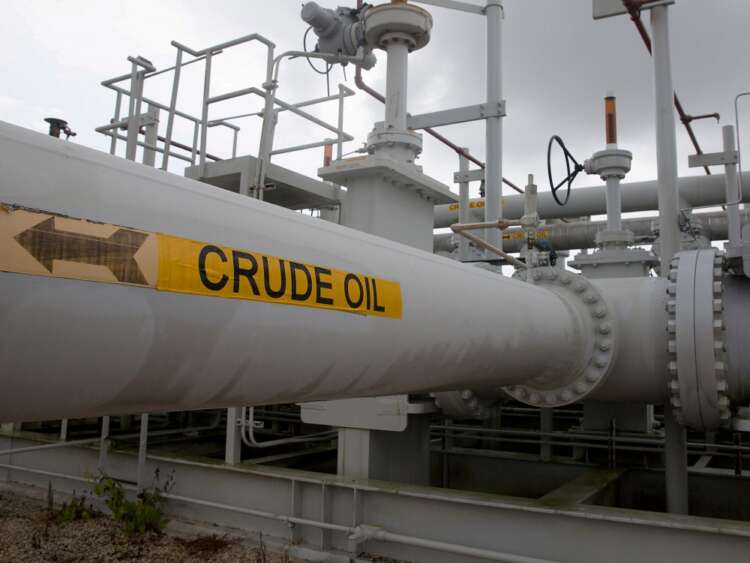 Oil prices were also weighed down by a new coronavirus variant triggering fresh travel restrictions that could dampen oil demand and after an OPEC+ document showed the group forecasting a bigger oil surplus in the new year than previously thought.

He added that the White House was still studying proposals from some of Biden’s fellow Democratic lawmakers to ban crude oil exports to keep prices down, saying it remained among the range of tools the administration could eventually use.

Crude inventories fell 910,000 barrels in the week, data showed, compared with forecasts for a 1.2 million-barrel drop.

The Organization of the Petroleum Exporting Countries concluded its meeting on Wednesday without a decision on whether to release more oil into the market.

The OPEC+ alliance, which includes Russia and other producers, will likely take a policy decision on Thursday. Reports and analysts suggested that expectations were growing that the group will take a pause due to the threat from a new virus variant.

“There is much to suggest that OPEC+ will not initially step up its oil production any further in an effort to maintain current prices at around $70/bbl,” PVM analyst Stephen Brennock said.

OPEC+ sees the oil surplus growing to 2 million barrels per day (bpd) in January, 3.4 million bpd in February and 3.8 million bpd in March next year, an internal report seen by Reuters showed.

Several OPEC+ ministers, though, have said there is no need to change course. But even if OPEC+ agrees to go ahead with its planned supply increase in January, producers may struggle to add that much.

Both Brent and WTI front-month contracts in November posted their steepest monthly falls in percentage terms since March 2020, down 16% and 21% respectively.

Analysts at Goldman Sachs called the plunge in oil prices “excessive,” saying “the market has far overshot the likely impact of the latest variant on oil demand with the structural repricing higher due to the dramatic change in the oil supply reaction function still ahead of us.”

(Additional reporting by Sonali Paul in Melbourne and Koustav Samanta in SingaporeEditing by Louise Heavens, Mark Potter and David Evans)