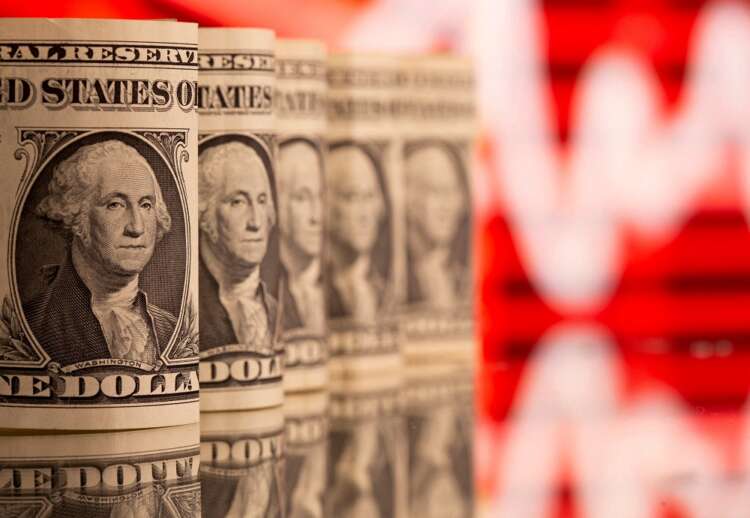 LONDON (Reuters) – The U.S. dollar climbed to a two-decade high on Monday as rising U.S. Treasury yields prompted hedge funds to add to their bullish bets while the Chinese yuan weakened below 6.77 levels after weak trade data.

The latest leg of the dollar’s rise, which began after the Federal Reserve raised interest rates by 50 bps last week, has hit currencies that had previously been immune to broad dollar rallies, including the Australian dollar, the yuan and even cryptocurrencies.

Against a basket of major currencies, the dollar topped 104.19 on Monday for the first time since July 2002, extending its almost 9% rise this year.

While it trimmed gains to 103.87 in mid-London trading on reports of some emerging market central banks intervening to support their currencies, the dollar’s uptrend looked intact, said traders.

“It has been a one-way street all morning with Treasury yields nearing the 3.2% levels and the dollar benefiting from that,” a trader at a European bank in London said.

Treasury yields extended their rise for a third consecutive session with yields on benchmark 10-year debt pushing further above 3% to fresh 3-1/2 years. They have doubled in the past two months. [US/]

“It is hard to go against the current momentum for higher yields and U.S. dollar strength in the near term,” Mizuho strategists said in a daily note.

Even though the peak in U.S. interest rates in the current hiking cycle is seen at around 3.5% in mid-2023, the speed of the Federal Reserve’s rate hiking cycle is far greater than its peers at the Bank of England and the European Central Bank.

In the euro zone, recent hawkish comments by policymakers have prompted investors to start repricing rate expectations even though projected rate hikes in Europe will lag the United States by a big margin.

Money markets expect the United States to raise interest rates by another 200 bps during the remainder of the year, taking benchmark rates to nearly 3%, while a projected 92 bps of hikes by the ECB will just take its benchmark deposit rate into positive territory.

The Fed hiked its benchmark funds rate by 50 basis points last week and strong jobs data has reinforced bets on further big hikes, with inflation figures due on Wednesday in focus as the next opportunity for an upside surprise.

Latest weekly positioning data suggests yet more upside for the dollar with net long bets still nearly half below their peak in late 2014.

The growth-sensitive Australian dollar fell 1% to $0.6999, its lowest since February. Sterling and the New Zealand dollar hit 22-month lows, while the euro and yen were barely above recent major troughs. [AUD/] [GBP/]

China’s yuan extended losses to close at a near 19-month low as sluggish April trade data reaffirmed market worries that COVID-19 induced lockdowns across the country are taking a toll on economy. [CNY/]

Cryptocurrencies have been battered in the rush from risky assets. Bitcoin was nursing weekend losses and near its lowest levels of the year at $33,500 while ether, which fell 4% on Sunday, was at $2,440. 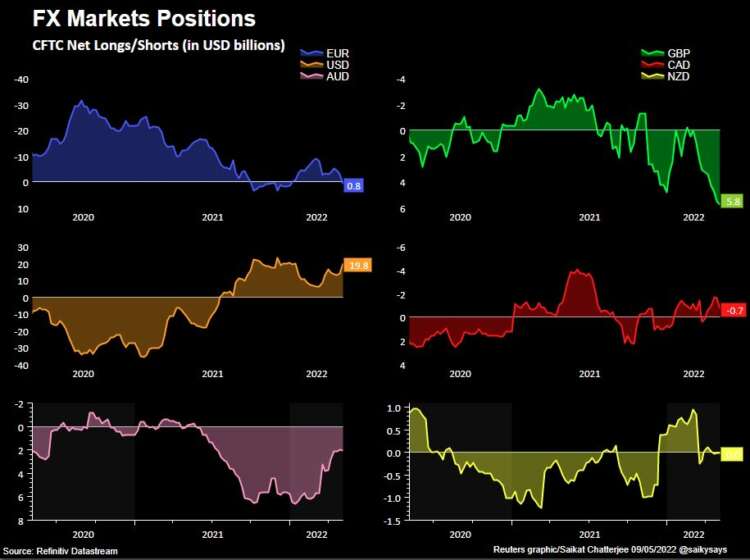